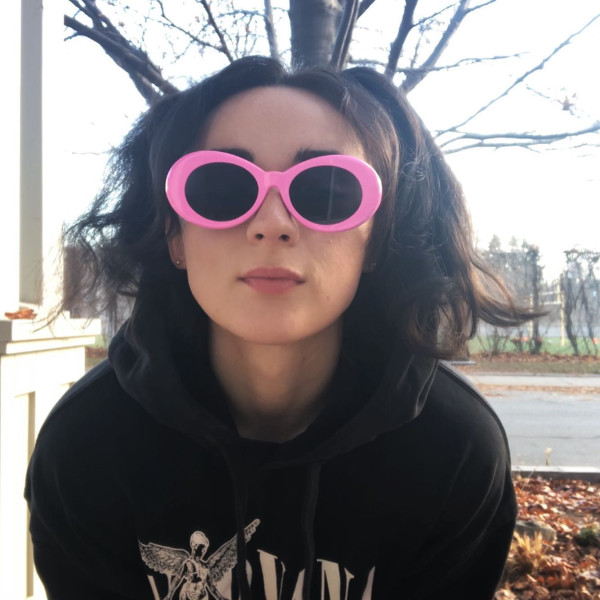 Not long ago, Delyn Grey released the music video for “Ghost Town,” a spellbinding track from her forthcoming EP, Disappointment Girl.

Based in Toronto, Delyn started out as a trained pianist. Later, she taught herself to play guitar. The offspring of music geeks, Delyn grew up drenched in Elvis, The Beatles, David Bowie, and Elton John. Yet her sound radiates elements of R&B, garage-rock, and grunge.

It’s a sound at once visceral and polished, reflecting dark and light. It’s a sound affected by Delyn’s encounter with Amy Winehouse, whose music magnetized her.

Delyn describes the impact Winehouse had on her, “She’s always been it for me. Not only was her singing so effortless, but she also kicked ass. She didn’t have to be a pristine pop princess to succeed. That’s what really stuck with me.”

Filmed in black and white, the video depicts hoary suffusions, veiled by gray draperies hanging down from an overcast sky, imbuing the visuals with an ashen, desolate sensation.

According to Delyn, “I want to make music that’s fearless. I don’t want people to hear it and think I played it safe. I want people to listen to it and go, ‘That was heavy. Didn’t think it would hit me like that.’ The cool thing is that I’ve had 12-year-old Disney-crazed kids and 55-year-old classic rock fans tell me they love it. I think any kind of music fan can find something in my music because it’s truthful. I put everything I have into it, man. It’s the real stuff.”