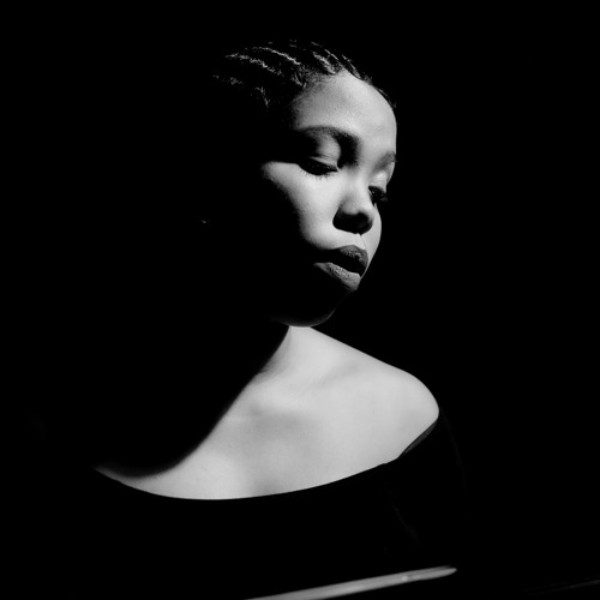 Singer-songwriter Kianja released her new EP, In A Different Light, just moments ago. At once candid and vulnerable, it’s a dazzling EP, demonstrating introspective awareness and raw passion.

Talking about the title track, Kianja shares, “‘In A Different Light’ is essentially about the desire to show another side of myself. It is a love song connected to my growth as a young woman. In past ‘situationships,’ I behaved like an emotionally unstable, frivolous, broken little girl and that’s not all of who I am. I wish I had shown more love and care instead of weighing down shoulders with my emotional baggage. I didn’t understand that there was more to loving a man than looking sexy. I dismissed the fact that men need care and affection too. Writing that song helped me to start taking responsibility for the way I portrayed myself and just how difficult I can be. It helped me start being more honest about who I am and who I want to be.”

Born in northeast London, Kianja grew up listening to soul, reggae, and jazz music. Later, she moved to Durban, South Africa while still a teenager. Immersing herself in the cultural experience, she fell in love with jazz, while simultaneously developing her gift for songwriting.

Three years later, she returned to London, studying at the Brit School, and plunging into the city’s jazz scene.

Guitar Girl Magazine caught up with Kianja to discover more about the inspiration for In A Different Light, what kind of guitar she plays, her songwriting process, and her definition of tone.

My guitar, my keyboard, a solid notebook with no lines.

What inspired your new EP, In A Different Light?

I wanted to hone in my songwriting skills and show a more vulnerable stripped-back side.

Concept-wise, life has inspired the EP, as it always does – the ups and downs I’ve felt emotionally, financially, mentally.

The first thing I think about is concept, what I want to write about and express. Sometimes I play chords, the melody comes with that; then I’ll add lyrics to fit the melody. Sometimes I’ll think of a few lines first, then make a melody for the lyrics, then find the right chords. It just depends on what comes first in the moment. A lot of the time it all works fairly simultaneously for me.

I hope that people can attach their own thoughts, feelings, and stories to the music, that’s what it’s all about really. I wrote the songs, so they’ve done their healing/work for me, the moment the music is released it belongs to you all – to cry to, think to, make merry to, love or hate.

I play a Taylor GS Mini Koa at the moment. I used to play a Crafter. I enjoyed playing it but the size and portability of the GS mini were attractive to me. It has a gorgeous tone and kicks out a fair bit of volume for a travel guitar. His name is Kory Koa Taylor.

Gibson Les Paul Classic would be amazing. I’ve never owned an electric guitar, so that’s next on the cards to save up for. I’ll probably go for a Fender Stratocaster next.

I’ve been writing songs in my room since age 10/11. My dad got me a keyboard for my 10th birthday, I think it was. In terms of performing, I started around 14 years old, when I lived in Durban South Africa. I played gigs, did competitions, radio shows, etc. I started playing guitar, producing, and recording around age 14 on GarageBand; by 16 I was pretty fluent on Logic 9. My stepdad, Paul Hussey, taught me how to engineer and produce my own music.

Artists that have influenced me the most: Sade, Sting, Bill Withers. Ms. Dynamite, M.I.A, and Missy Elliott are some of my early influences. I looked up to them as a little girl because they stood firm, they inspired me to honor myself as a woman and have self-respect.

I’ve been listening to Ken Boothe (Reggae) and Tania Maria (Brazillian Jazz). I listen to a very wide range of music depending on what I feel for. In terms of modern artists, I like the new albums by Tiana Major9 and Lianne Lahavas.

Tone is an expression of character and helps to convey emotion. When it comes to my vocal tone, I had a brighter sound when I was younger, now it’s a bit more warm and blue in tone. That’s life though.

When I get excited, I like to have a solo dance in my room late at night with my headphones wacked up, pumping out Dancehall, South African House, Afrobeats, and other dance music.

Stick to your guns, put in the work, and keep your clothes on.

I don’t really feel like I have a choice, it’s such a massive part of who I am. From a personal perspective, I make music because it’s healing and I enjoy making it most of the time. I share that music in the hope that it makes somebody, somewhere, feel something. My dream is that one day some young girl somewhere sees me doing what I do and says, “Well, that Kianja girl’s doing alright for herself, she’s got self-respect and more than half of a brain. I’m going to work hard at something I enjoy, with honesty and integrity, and make it count.” That’s what my idols like Sade, Joan Armatrading, and Ms. Dynamite did for me.

Writing something better than this project. Hopefully, I get a chance to collaborate with some incredibly skilled artists, producers, and songwriters.