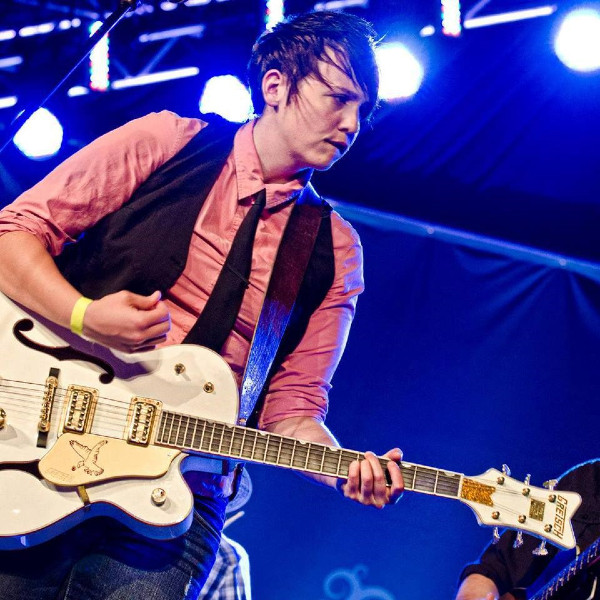 “Close Enough” is one of Heather’s new songs created while working with producer/engineer Alexander Meade (Tape Notes). According to Heather, “Close Enough” is “a carefree, summer-love song about the hopeful, blind optimism of being infatuated with someone new. The yearning to know them, who they’ve been, and wanting to top their list of best lovers.”

The heartfelt lyrics tell the tale:

“I wanna make you coffee / Every morning from now on / I wanna know you better than / Anyone ever has.”

Heather’s voice, at once exquisite and under marvelous lilting control, is a gorgeous instrument, rife with nuanced tones, creamy colors, and crème de la crème transport.

Bedazzled and intrigued after listening to “Close Enough,” “The Wild Ones,” and the enchanting “Sweet Little Something,” Guitar Girl Magazine felt compelled to speak with Heather Green to find out more about the person behind the music.

Summer, starting to date someone you feel excited/hopeful about, and some chord voicings I’d learned from a couple of John Mayer and Ari Hest songs.

Walk us through your mindset as you approached recording the song.

Initially, I recorded this on GarageBand on my phone – a couple of guitars and my voice and sent it to Alexander Meade (Tape Notes) as a quarantine-time project. He ran with the simple ideas I had from that initial recording, and everything blossomed in his hands. The three-part harmonies in the “Mmmms” really stand out to me in the final versions as an anchor. I love that Alex kept those voicings and created complexity with builds that spill over at the end.

At the moment I’ve been focused on my Martin DC-16 GTE as a majority of my guitars are still living in Canada. Canada has my Takamine EF series from the ‘90s and a Danelectro DC3 Aqua with upgraded pro-tube lipstick pick-ups. (Hopefully one day I’ll find the Gretsch Country Gentleman I sold a few years ago).

What’s your definition of tone? And has your tone changed over time, or remained pretty much the same?

I think tone is an individual’s combination of settings – like when everything is all packaged up there are usually some distinguishable things that tie a song or a sound to a person. If your guitar is your instrument, a guitar/pedal/amp set-up would make it, and that whole world is deeper than I can even pretend to scratch the surface of when it comes to knowing it. If your guitar and your voice are your instruments – that adds so much more and makes a “tone” a completely different thing. I think my vocal stylings, guitar chord choices, and song development have remained pretty consistent from album to album (with a couple of outliers here and there). I think the production around each song changes and may sound a bit different from one song to the next – but I think there is a thread in my tone that has been consistent over the years.

My family has pretty deep roots in the Salvation Army, so I grew up around a lot of music. My mom was excited to have more than one kid to teach us all harmony parts. She started teaching me ukulele and guitar really early on, and I kind of latched on and had support from both my parents to pursue it.

I was born in San Francisco and raised in Santa Monica. When I was 27, I moved to Halifax, NS, and lived there for about 12 years before moving back to Northern California, where I currently am.

If I get to count Halifax as a hometown, I’d say that it had more influence over my sound than anything else. I spent a lot of time around songwriters and producers who’d all grown up in the Maritimes, and I can certainly hear their influence on my recordings and songwriting style.

What do you want people to take away from your music?

I think the best, most touching feedback I get is when people deeply relate to what I’m writing. They attach it to a time in their life, in a similar way the song is attached to a time in my own life – and even though it’s sometimes completely different situations, I think that’s a pretty cool way to remain connected to people.

I’ve definitely been influenced by a whole host of things. I’d say after reading poetry, or watching someone else play an inspiring live show, is when I feel most inspired. There have been a couple of times I’ve written something after watching a show or a movie – but I’d say mostly I’m inspired by the stuff going on in my own life, or stuff I wished was (or wasn’t) going on in my life.

It’s always been all or nothing for me. I can either write the song in 30 minutes, or it takes months to figure out the form of the song, the lyrics, a 2nd, or 3rd verse that fits the first verse, etc. The second type of process makes it frustrating because I really have to be all-in on a song idea to complete it.

What can your fans look forward to over the next six months? New material? Live gigs?

I have another single coming out in a few weeks, Phased, and once I get my bearings in a new city, I’m sure I’ll have some more stuff on the way!