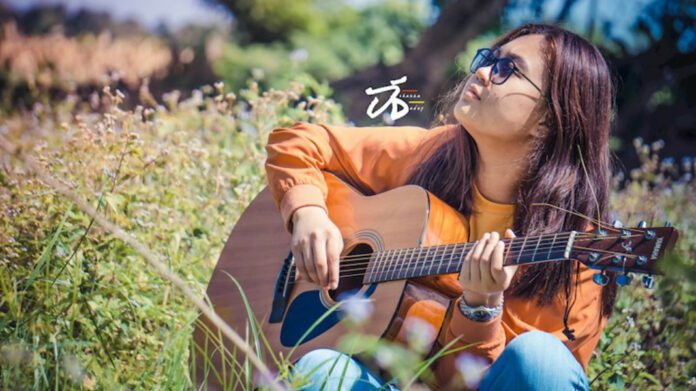 Talking about her music, Dadap shares, “When people see my work, I hope they experience what I feel about my art when I make it. I hope they feel how passionate I am to inspire them.”

Only 19 years old, Dadap received her first guitar early on, followed by teaching herself to play an array of instruments, including piano, Cajon, and ukulele, while probing into music production in her bedroom.

Along with making music, Dadap connects with the art community by making cover songs that she uploads on her YouTube channel and by sharing her original tracks on different music streaming platforms such as Spotify, Apple Music, iTunes, Amazon, Deezer, etc.

Opening on a low-slung, elegant piano topped by luminous colors, “The World’s Gone Up In Smoke” flows into a creamy indie-pop melody. Dadap’s luscious alto vocals imbue the lyrics with passionate emotion. It’s a nuanced voice, rife with cashmere phrasing and velvety textures.

Beautifully wrought and balanced, with “The World’s Gone Up In Smoke,” Johanna Dadap conveys an important message on alluring music.