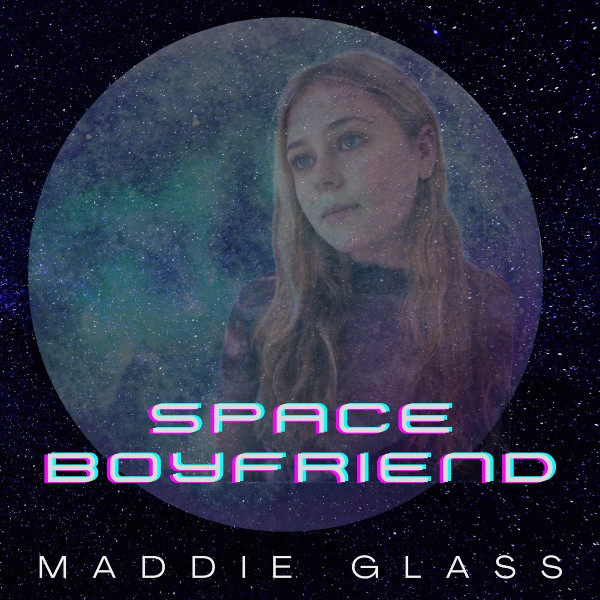 Following on the heels of her debut single, “Livin in 2021,” a song about struggling with modern problems such as anxiety and body image, “Space Boyfriend” takes off in a search for that special someone amid the hazards of dating.

Born and raised in NYC, Maddie is multi-talented, acting and performing in Manhattan in off-Broadway productions. While attending NYU Tisch, she began writing songs and lyrics, developing her innovative sound harking back to the turn of the century.

“Space Boyfriend” opens on a gritty guitar, followed by the entry of a thumping kick-drum as Maddie’s lamenting voice rides overhead, narrating her woes while looking for Mr. Perfect:

“I’m tired of the New York guys / Pretending to be men / I’m tired of the LA guys / Who only talk now and then / I don’t understand the words they say / And I’m still learning the rules to the games they play / I should have grown up on Venus or Mars / In a city beyond the sky and stars.”

Surging bridges and shifting breakdowns give the melody a contagious stop-and-go feel, ranging from soft and echoing to muscular growling. The result is visceral, oh so intoxicating music rife with wicked energy and the icing on the sonic cake – the luscious grimacing voice of Maddie Glass.

On “Space Boyfriend,” Maddie Glass dishes out the tart sarcasm and pesky irritation Avril Lavigne wishes she had.