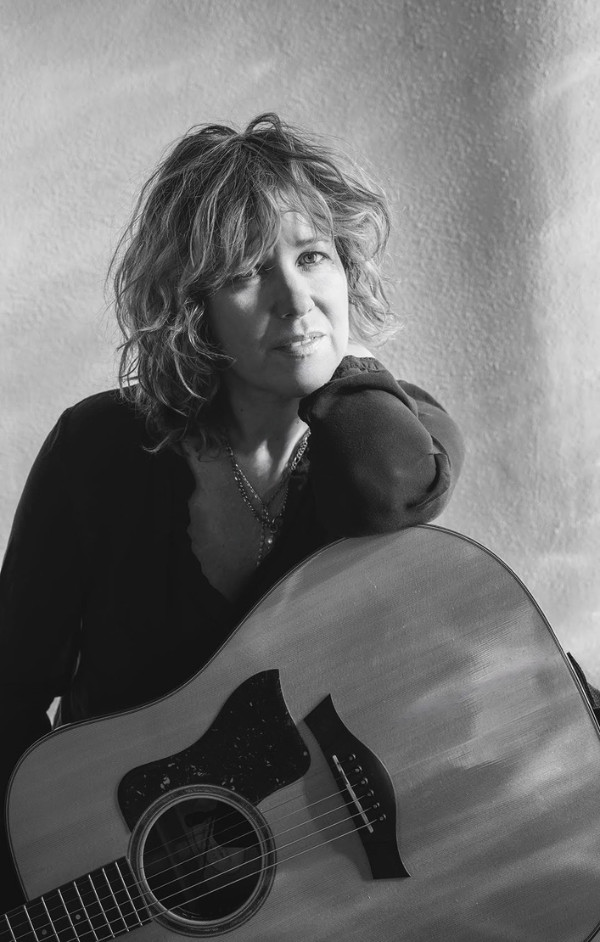 Singer-songwriter and screenwriter Rebecca Blasband released the music video for “Here,” the title track from her album, a few days ago.

Rebecca was a cast member of MTV’s The Real World, which debuted in 1992 and launched Reality Television, along with being watched by 55 million households. The cast of The Real World is now back together for a brand-new season of the show, which premiered March 4 on Paramount+: The Real World Homecoming: New York.

Filmed in the loft where the series first began, the original housemates are back: Becky Blasband, Andre Comeau, Heather B. Gardner, Julie Gentry, Norman Korpi, Eric Nies, and Kevin Powell.

Originally from Pennsylvania, Rebecca went to NYU’s Tisch School of the Arts, where she studied theater with William H. Macy, David Mamet, and The Atlantic Theater Company. At the same time, she wrote and performed in local venues. Her demo, produced by Adam Schlesinger, caught the attention of MTV’s producers, who subsequently cast her in The Real World.

Later, Rebecca signed with Mercury Records, touring with Squeeze and Aimee Mann, along with sharing the stage with Matchbox 20, Chris Whitley, and Jon Bon Jovi, followed by taking part in the Troubadour’s Songwriting Retreat at Chateau Marrouatte.

In 1997, she released RAPT, which received praise from the media. After Mercury Records fell apart, she did sound design and music for TV and films, followed by collaborating with producer Antonin Svoboda on The Strange Case of Wilhelm Reich, followed by attending a songwriting retreat – Chris Difford/Buddy Holly Foundation – in England. After residing in London and France for three years, she came back to the U.S., where she recorded Here.

“Here” opens on a low-slung melody blending bluesy country-pop flavors with alt-rock elements. A rolling, potent rhythm drives the tune, while on the chorus the harmonics mousse up to sinuous layers of coloration. Rebecca’s dreamy, deluxe voice infuses the lyrics with delicious sonic textures and velvety nuances.