New York, NY (February 12, 2019) – “Art is the Handmaid of Human Good” serves as the motto of Lowell, Massachusetts, the birthplace of Jack Kerouac, Bette Davis, the American industrial revolution, and where Birdsong At Morning draw their inspiration as a part of the growing community of artists and musicians moved by the heritage and the spirit of renewal evidenced all around them.  The chamber-pop band returns with Signs and Wonders, a carefully crafted and richly textured work featuring a lush 20-piece string orchestra.   The Boston Herald describes their sound as “…gentle and mellifluous, a slow drift down a lazy river.”

The two-disc CD/Blu-ray package recorded in high-resolution surround sound to highlight the masterful audio quality of the music, is available on iTunes now.   And today, the band has released their music video for “Extraordinary” celebrating love as we approach Valentine’s Day – see it HERE.  Signs and Wonders is the follow up to A Slight Departure (2015) which Pop Dose said, “These Massachusetts based visionaries have a compelling and expansive sound…a serious, ponderous and lush piece of work that will make you stop in your tracks and pay very careful attention.”

Thought-provoking and soul-baring, Birdsong At Morning’s music spins elegant tapestries of sound, words, and melodies that reflect the city of Lowell’s solid foundation of the still standing buildings, and the warmth of the beating hearts within this community. “Lowell has a large number of brick mills and factories that are preserved as a National Historical Park. Yet at the same time, there’s a thriving creative art scene taking place in the spaces where spindles and looms produced much of the fabric that clothed a new nation,” says singer Alan Williams, who also holds a full-time position as Chair of the music department at the University of Massachusetts Lowell.  “It’s a curious place where past, present, and future co-exist, and an endless source of inspiration for character stories, and inventive sounds.”

Like many indie-minded endeavors, Birdsong At Morning, a phrase that comes from a 19th century Robert Louis Stevenson poem, is a project centered around Alan Williams, who writes and sings the songs, creates the string arrangements, conducts the orchestra, co-engineers, produces and mixes the albums as well as scripts, directs, and edits the band’s music videos.  He leads the collaborative effort between he and his bandmates, bassist Greg Porter (Aimee Mann, Patty Griffin) and guitarist Darleen Wilson (Patty Larkin, Catie Curtis). The album features drummer Ben Wittman (Sting, Paul Simon, Paula Cole), guitarist Thomas Juliano (Talking to Animals, Seven Mary Three), and is recorded with Boston legend, David Minehan (The Neighborhoods, Paul Westerberg), and mastered by Grammy Award winner Adam Ayan, who has mastered many award winning recordings, including 46 Grammy Award winners, is a 5x Latin Grammy Award winner, and a 2018 nominee for Audio Engineer of the Year by the Academy Of Country Music.

From their quietly ambitious four-CD box set debut, Annals of My Glass House (2011), through the expansive territory of A Slight Departure (2015), and now with the official launch of their masterful new album, Signs and Wonders, Birdsong At Morning is poised to make their national debut.  “It’s the most fully realized version of what we have set out to do so far, a progression from the more tentative, getting our sea-legs version on the Annals box, to the far-more confident Slight Departure a few years back,” says Williams. The new album was conceived with the visuals in mind, so the full-experience includes videos for each track such as the bold colors of lead-off track, “Waterfall,” the beautiful and heartbreaking,  “All The Sadness,” the politically charged “Won’t Let Go”, and the haunting “My Ghost”, among others. Birdsong At Morning has been releasing the videos on YouTube and on their website leading up to their radio campaign which kicks off on February 18.  “Many of the songs celebrate the too-easily overlooked beauty of the world, while simultaneously hinting that such beauty can be surrounded by darker forces, especially in the current political climate.”

Smiles of a Summer Night 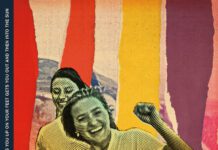 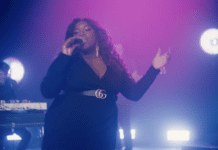