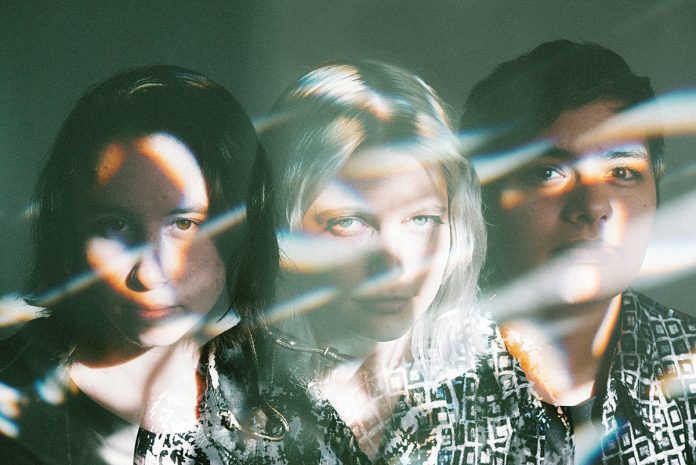 AUGUST 17, 2021 (Los Angeles, CA) – Los Angeles post-rock outfit Gypsum emerge with the announcement of their eponymous debut seven years in the making. Out today, “Follow Me,” is the first track to come off this self-titled album (release date: October 12, 2021, via Sonic Ritual). The track is a lustrous, percussion-driven indie-rock tune that guitarist and vocalist Sapphire Jewell says was inspired by the people throughout history who have been forced to leave their home and seek refuge. “It’s not about anyone movement but rather the constant stream of innocent people who’ve chosen between starting a new life elsewhere or risking their lives to stay. It’s sort of a privilege check and that security isn’t permanent.” Rounded out by guitarist and vocalist Anna Arboles and drummer Jessy Reed, Gypsum is a synergistic exercise in collectivist arrangement, dissolving artistic ego into cooperativity.

Gypsum formed as a weekly jam session in 2014 as a way for them to “have a safe space to drop the ego that was ever-present in music school,” remembers Jewell. After a band field trip to the L.A. Natural History Museum, the band pulled their name from a mineral that takes both functional and vibrational forms (desert rose crystal, drywall) – this idea aligned with the possibilities of the project, which takes its members outside of insular writing and into an ecstatic commitment to the songs and one another.

Featuring all three members on backing vocals, Jewell and Arboles’ voices blend with atomic affinity, rich alto leads encircled by hazily imploring harmony stacks. Reed, whose interest in Brazillian polyrhythms and Latin percussion inflect her performance, navigates twisting song structures with otherworldly fills. The guitarists’ lifelong love of riot grrl and grunge inform the dynamic builds of their intricate fretwork. As a group, Gypsum cites influences as diverse as punk, prog, jazz and psychedelia and takes inspiration from genre-hopping jazz and punk acts like Hiatus Kaiyote, DIIV and Foals. If it sounds like a science experiment, its three members view it that way, too.

Gypsum is assembled through the knotty intersections between guitars, imploring harmonies and exploratory rhythms. At first, the band elaborated around song motifs brought by Jewell – like on “Give It,” with mesmerizing hi-hat work and chasmic, stop-and-start waves of Sleater-Kinney-esque guitar interplay. But that process gave way to holism: “Lungs” showcases the band at its most collaborative, on which outer space riffs and – as Arboles calls it – “hairy-scary feedback” cacophonously coalesce over sophisticated snare patterns. Arboles brought songs in too, like the taut building tension of “Snow White,” where reverberating gasps paint eerie strokes around stutter-climb guitar transitions. Jewell sums it up deftly, “Many bands figure out a system that works for them, but for us it’s different every time. I like that no matter where one of our songs originates it ends up feeling like a Gypsum song.” 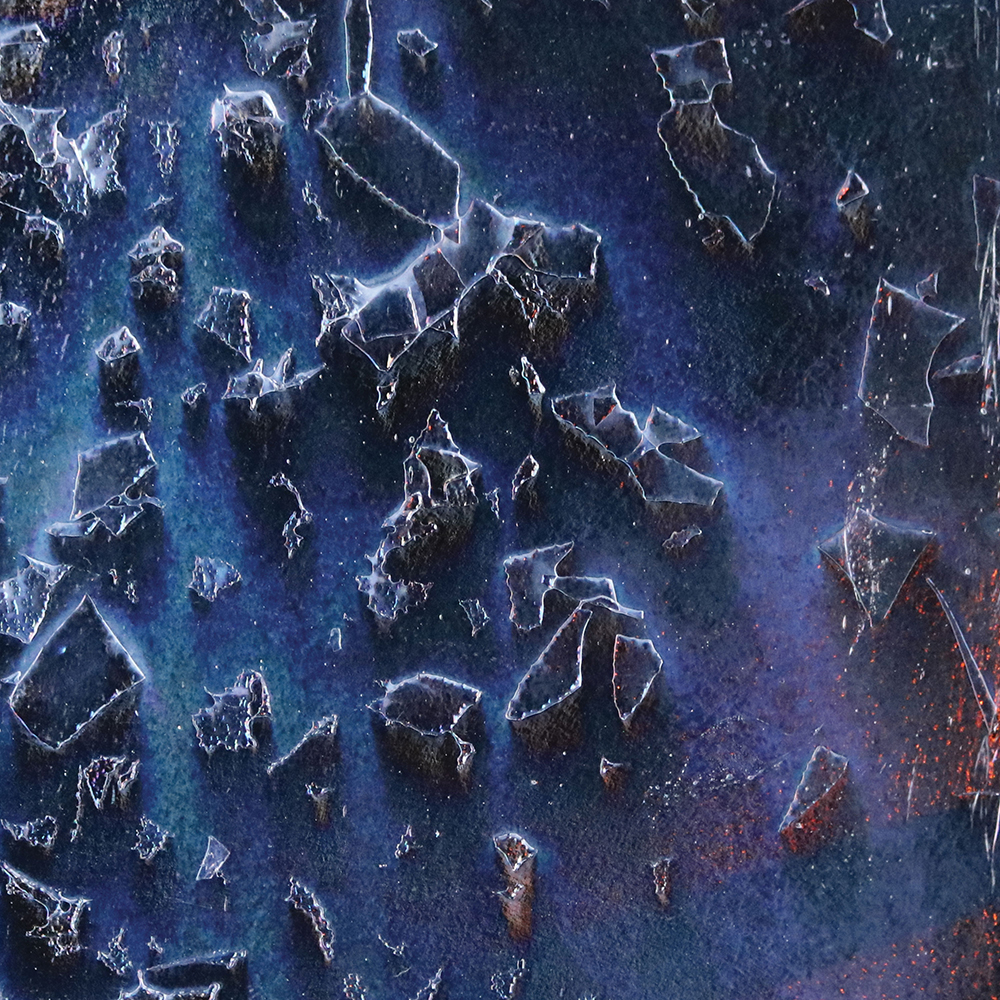 Gypsum was tracked over fourteen days at Station House Studio with engineer Mark Rains (Tanya Tucker, Alice Bag), a studio chosen for its relaxed energy so the band could focus on self-producing. Reed used a hodgepodge of kits ranging from the 1930s to present, swapping out toms regularly and changing snare tunings to accommodate her “sounds and vision” for each track. Jewell, who knowingly laughs “I don’t like dry tones,” assembled an arsenal of subtle delay and reverb pedals to drench her angular riffs, adding saturated dimensions to post-rock that might otherwise skew aggressive. Knotty intersections between Arboles’ and Jewell’s guitars, sometimes layered to the double-digits, are the result of each consulting on the others’ tone, exemplary of Gypsum’s egalitarianism. Arboles, who took over bass duties for this record, also experimented with a vintage Echoplex tape delay, creating wall-of-sound feedback loops on “Grafting” to shake up its organic timbres, and producing strange vocal swirls and rewound cymbal psychedelia on “Margaret,” a spoken-word groove inspired by a Joan Didion essay.

Not all sonic experimentation stuck—Korg synths and Roland pads were scrapped—but the trust required to turn these corners together, even if they’re dead ends, is part of Gypsum’s extraordinariness. From the icy swirling post punk of “Gull Lake” to the reverb drenched, dark indie pop of “Kaleidoscope”, Gypsum is a deeply rewarding listen dense with mystery, complexity, darkness, majesty and beauty.

After seven years, the group members’ admiration for one another has not waned, after all, the band states, “In Gypsum, the whole is greater than the sum of its parts.” The Gypsum interior artwork (featuring a long exposure, pinhole solargraph taken by drummer Jessy Reed) is “a nod to the way in which the band has moved slowly over time to create this complete work,” Reed says.