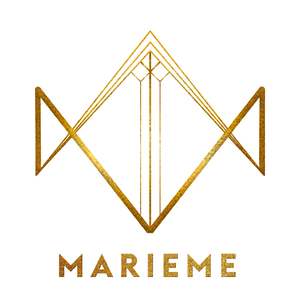 July 6, 2020 –  New York, NY:  Marieme will release a string of singles this summer: ‘Songs For The Revolution.’  The Senegalese-American singer closed out 2019 taking meetings, being courted by labels and waiting to plan her next release. …Then 2020 happened and Marieme was so moved by recent events she decided to stop waiting and get to work with new music with the hopes of starting to heal herself and the world around her. She kicks the series off with a video-only release of her track ‘Lovechild’ that recently premiered on Billboard Pride. Of the track, Marieme says: The song is about remembering who you are, you’re a lovechild”

The video was directed by Fredgy Noël and features the names and faces of Transgender women of color murdered in this country this year.  “Trans lives matter, we know nothing about their struggle and whether you agree with their life or not, it is your duty to treat every human being as such, a HUMAN!  Unfortunately, the rate in which Black Trans women are being killed is alarming. There are many constructs to deconstruct, that’s the only way to end oppression for all.” 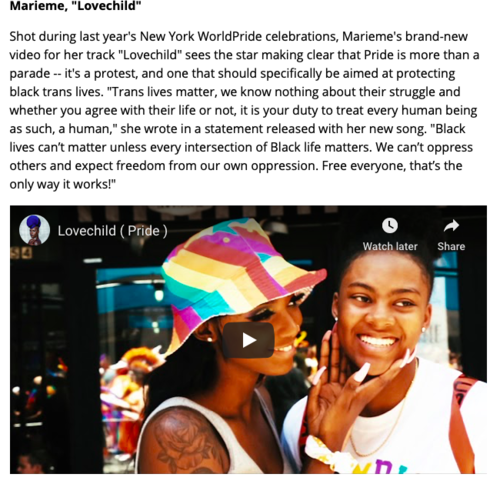 Marieme has always joked she writes too many songs about love but, with her new and upcoming releases she felt it important to continue to focus on her message that love is the only thing that can conquer hate as well as time for a revolution. With that in mind, she started this year off with an acoustic video of her song ‘Be The Change’ featuring young guitar whiz Melanie Faye seeing over 3 million views on Instagram and nearly 150,000 plays on Youtube.

While promoting that track, Marieme said: “2020 is all about love and understanding which I think will lead to an awakening that’s been long overdue. I’m excited for the future because I know I’m in control, and if we all knew of our abilities we would be excited about the future as well. Let’s be the change in 2020.” It seems prophetic now and Marieme is very inspired and empowered by the Black Lives Matter Movement and waves of protest against police violence to write some more songs about love and now, abut revolution.

Marieme is also hosting weekly live sessions across her social media platforms: “For me the live sessions are like therapy sessions, not only for the viewers but for me also. I use music to better understand the human condition. Before some songs I do a simple affirmation or go deeper into the songs meaning as a way to help bring about healing and to empower people, to recognize the importance of the times we are in right now.” 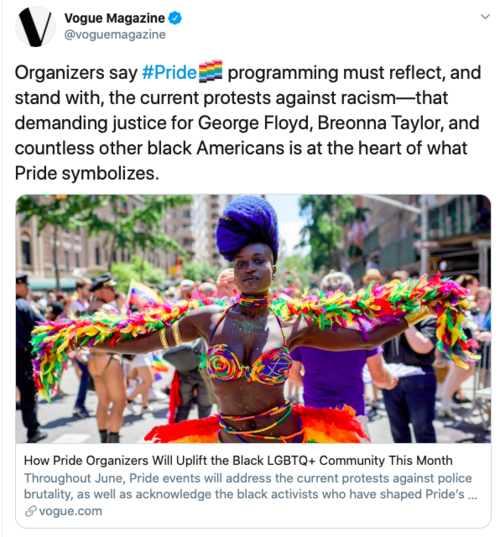 Marieme has released one EP in 2018 and plans to release a debut LP in 2021.She has had tracks featured in several television programs, her tracks ‘Rogue’ and ‘Love Child’ were featured in the Apple + show ‘Truth Be Told’ and she has had songs featured in OWN Network’s Iyana Fix My Life, Netflix’s Free Reign, The CBS mini-series The Red Line and was also the voice of the latest Linkedin national television campaign featuring her cover of Cat Stevens ‘Be What You Must.’

Marieme is also making waves in her home country of Senegal and has already shared the stage with numerous notable players such as African music legends Youssou N’dour and Pape et Cheikh.

Marieme will be releasing new music throughout the summer. 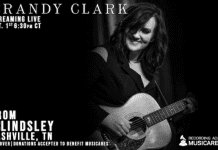