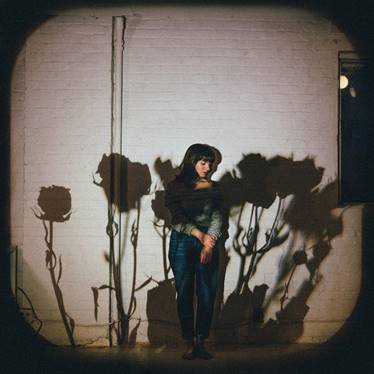 (Friday, April 5, 2019 – Toronto, ON) Off the heels of successfully releasing Part One, Montreal’s Geneviève Racette is elated to release Part Two of herfolk-pop bilingual album No Water, No Flowers. Part Two includes the English tracks Magnetic Love and In Your Arms as well as the Francophone trackMille fois par jour and it can be found on all digital platforms here – http://bit.ly/GR-Part2. The full-length album will be released on May 24, 2019.

Magnetic Love is a track filled with raw emotion, love, connection and anger. It’s about someone from your past that keeps popping back into your life. Someone you used to be in love with and although there are years in between you there is an inevitable connection and attraction, “what’s it going to take to break this hold you have on me? I know it’s a mistake to lean in…but eventually…”

In Your Arms is Geneviève’s love song for music that was written during a time in her life when she began questioning her career. While participating in a residency at Banff Centre for Arts and Creativity she began to reminisce on all of the amazing opportunities music has brought into her life, including travel, the shows and the people. “Music permits me to be vulnerable, express myself and share my stories. It is only in music that I truly let my guard down and can be myself,” said Geneviève.

No Water, No Flowers is Geneviève’s first bilingual album being released in three parts; Part One was released in February, Part Two on April 5 and the full album on May 24, 2019. This sophomore album highlights the growth Geneviève has endured as an adult since the release of her album Les aurores boréales. With her delicate voice she effortlessly transports you into a warm, cozy folk-pop atmosphere with the most personal album she has created yet, covering themes of life, death, grief, love and travels. Pre-production of the album was done at the Banff Centre for the Arts and Creativity in October 2018 with François-Pierre Lue and Luc Herrmann. Following Banff the final production happened at Hotel 2 Tango Montreal with musicians Luc Herrmann (guitar and mandolin), Philippe Fleury (drums), Jeanne Corpataux-Blache (upright bass), Francis Veillette (pedal steel and banjo), Ariane Vaillancourt (piano) and producer François-Pierre Lue and engineer Shae Brossard.

Geneviève Racette is a singer-songwriter from Montreal, Quebec. Her music has been featured on Sirius XM francophone Radio, ICI Musique and other stations across Quebec, she was nominated for Emerging Artist of the Year at the Sirius XM Indies Awards in 2015, has had the opportunity to participate in a residency at the Banff Centre for Arts and Creativity and has shared the stage with the likes of Damien Robitaille, François Lachance, Valérie Carpentier, Ben Kunder and others. She will be releasing her sophomore full-length bilingual album in May 2019.