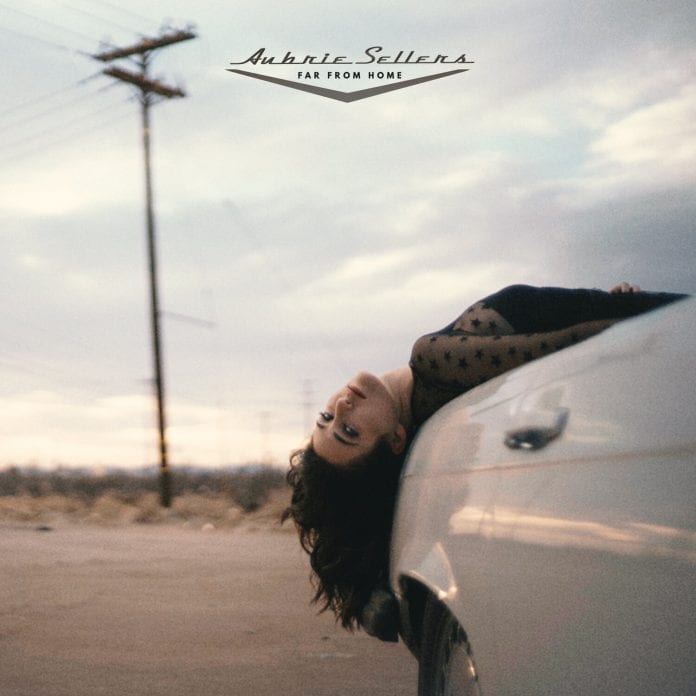 Los Angeles-based singer-songwriter Aubrie Lee Sellers is no stranger to the music industry — her parents are country music artists Jason Sellers and Lee Ann Womack. Her stepfather is music producer Frank Liddell (Miranda Lambert, Brandi Carlile, Jack Ingram). Traveling on a tour bus a great deal as a child, it was quite natural she would pursue music as a career. “I always knew I was going to do this. It was not only my parents’ thing, but also my grandparents, so it was something that was around for many generations. I couldn’t imagine myself not doing it.” She recalls the first guitar she received when she was 13. “It was an Epiphone version of the Gibson J-200 because I wanted to be like Emmylou Harris, and that’s the guitar she had.”

Sellers’ sophomore album, Far From Home, will be released on February 7, 2020, via Soundly Music. Singles from the album already released include “Drag You Down,” “My Love Will Not Change ft. Steve Earle,” and the title track, “Far From Home.” Recorded at Sonic Ranch near El Paso, Texas, Sellers worked with her stepfather in co-producing the album. “On my first record, I had a lot of artistic input, but I wasn’t as familiar with the process of making my own record. So on this album, I had a little more input on everything, and I really enjoyed it. I’m looking forward to working on more projects.”

What started out as 25 songs, was narrowed down to 12 twelve tracks that made the cut. “Many of the songs were penned on the road. I had traveled a lot with my family when I was younger, but not as a solo artist. Coming into adulthood and into my own artistry for the first time as a solo artist, I had been on the road and gone through a lot of mental stuff.” At the time, she had been listening to a lot of Quentin Tarantino soundtracks. She is also inspired by Link Wray’s style of music, surf rock, and vintage rock. These inspirations make up what she describes as a “cinematic” and “very guitar-driven” record.

While growing up on the road with well-known parents may sound glamorous, it comes with setbacks as well. Sellers has been outspoken about her struggles with anxiety and being an introvert. “When I first started touring, I wasn’t in charge of this feeling. I was so out of my comfort zone. I had to force myself for multiple tours to just do it, even though I was freaking out the entire time. And now, after doing it for a few years, I’ve gotten to the point where I’m just doing it now. I think I will always be a little more anxious than the average individual, but that’s probably what drives me to make art, so that’s okay.” These feelings can be heard weaved throughout Far From Home, especially in the single “Worried Mind” which Sellers says is a song about what she experiences as “an introvert who becomes an extrovert on stage.”

Co-writers on the album include Ethan Ballinger, Adam Wright, and Park Chisolm, who all play on the album as well. “I work with them all the time. I find myself drawn to like-minded musicians and people that I connect with musically.” Sellers tells us she also worked with other musicians who inspire her. “I was able to write with Iain Archer while I was touring in the UK and with Brendan Benson of the Raconteurs in Nashville. We wrote ‘One Town’s Trash.’

There’s only one song on the record that I didn’t write. That would be my cover of ‘My Love Will Not Change.’ That was written by Shawn Camp and Billy Burnette and became a famous bluegrass song by Del McCoury that I re-did in my own style.” In a recent press release, Sellers stated, “When I envisioned the sound for the track, I knew there was no one else who could do it like Steve. He has always been one of my favorite artists, and getting to sing with him is not only a major highlight, it’s just plain badass.”

Blending blues, rock, grunge, and a dreamy, cinematic sound, recording the album at Sonic Ranch allowed the band to experiment with sound. “Sonic Ranch has a ton of pedals and instruments. Literally, you just pick pedals off the wall. I can’t even tell you what all the instruments are on the record! We took our time and tried different pedal and amp combos, making new sounds. It was so much fun!”