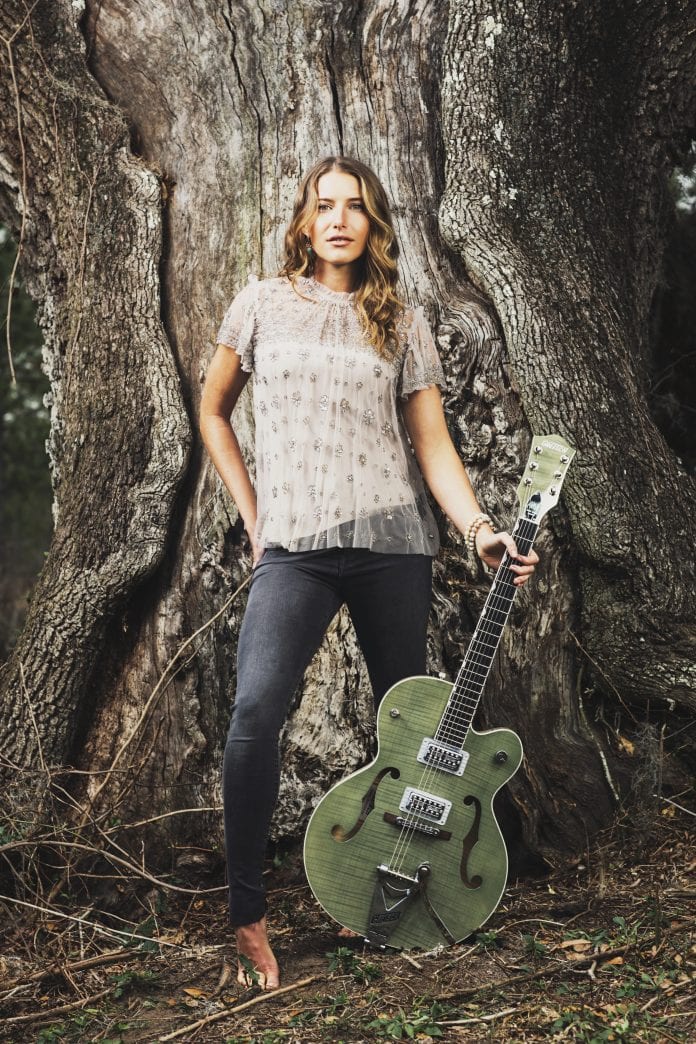 Caroline Jones is on fire. As an up-and-coming singer, songwriter, and multi-instrumentalist, she has fused genres and developed a unique style she can call her own.

But unlike most emerging artists, you may have heard of her …

In the past year, she’s partnered with the Zac Brown Band and Jimmy Buffett, traveling the country and playing to sold-out crowds. However, securing a spot alongside two monsters of touring was no sheer accident. Caroline’s recent album, Bare Feet, was released to critical acclaim. She poured her heart and soul into this piece of work, and it shows.

Her lyrical creativity and instrumental ingenuity are evident throughout the album. Her body of work and onstage presence has helped her fit into the touring circuit nicely, complimenting her fellow entertainers who are of the highest caliber. Her style of music walks (perhaps barefoot) across multiple genres, introducing elements of pop and folk to classic Nashville country. What her music offers is a satisfying and impressive sound with universal appeal and an explanation as to how she’s gained such momentum in recent months.

Caroline found time to talk to GGM to discuss her new album, touring, songwriting, and her goal of connecting with her audience – one fan at a time. 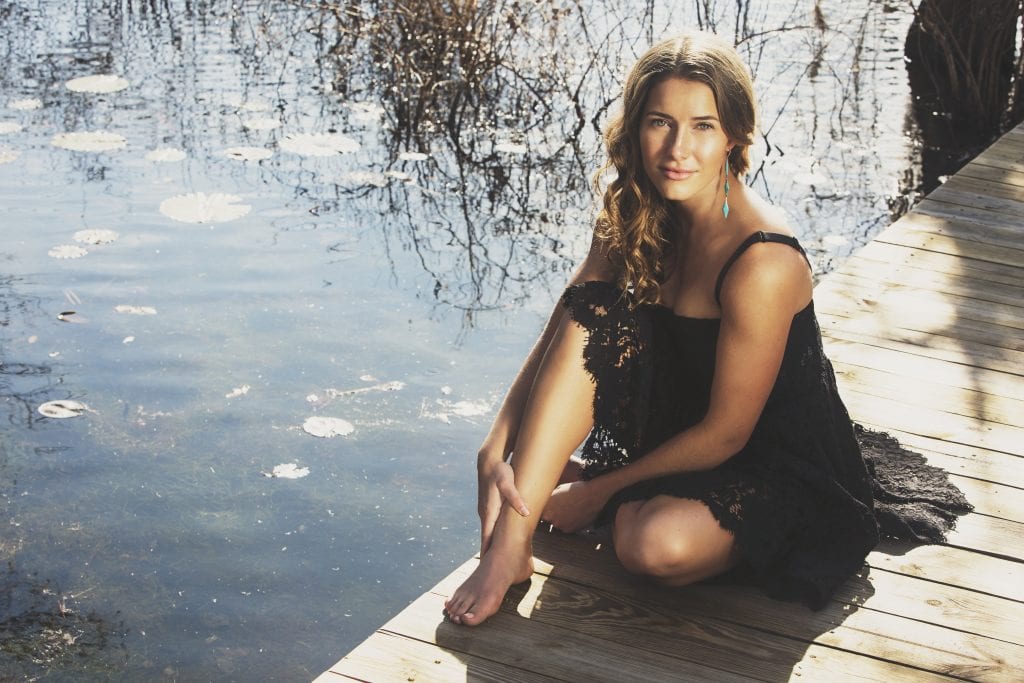 You were named one of Rolling Stone’s “10 Country Artists You Need to Know” and ranked #2 on Billboard’s “15 Country Artists to Watch in 2018.” Having seen a lot of success and popularity recently, did you ever think you’d reach this point when you were first starting out?

Music is my passion and life’s work, and I have always dreamed of having a platform for my creativity and performance that allows me to inspire and connect with many people. To see the stages getting larger and larger is a dream come true and also a natural progression, as I have been on this journey for my whole life.

Were you always drawn to country music, or did you start out in another genre?

I grew up listening to classic rock and classic R&B, plus the ‘90s divas like Whitney Houston, Celine Dion, and Mariah Carey. It was not until I was age 17 that I went to Nashville for the first time and discovered country music. I was overjoyed to find a genre of music built around authentic storytelling and musicianship, a genre in which craft and honesty go hand in hand. In my late teens, I delved into the history of country music, starting with Hank Williams and the Carter Family. That period of self-education really formed my songwriting. I felt like I had found my musical home. 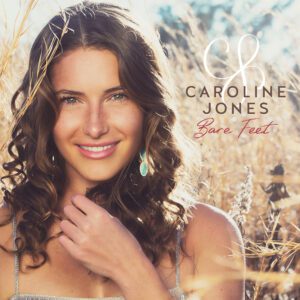 Your new album, Bare Feet, was released in March to critical acclaim. What motivated this album?

I am always writing, creating, and working on my craft. Bare Feet is a labor of love – I wrote every song by myself, I co-produced it with Ric Wake, who has produced Mariah Carey, Whitney Houston, Celine Dion, and Trisha Yearwood, and I played most of the instruments on the album. The emotional themes of the album are authenticity and joy – as it relates to romance and life experience.

You not only wrote all of the songs and co-produced Bare Feet, but you played all of the guitars on the album. Tell us about the first time you picked up a guitar.

I began playing the guitar when I was 17. One of the first styles I learned was fingerpicking from some of the songwriters in Nashville. I have always gravitated towards the intersection of rhythmic/melodic/harmonic structures on single instruments, which is what fingerpicking on a guitar is in its essence. I love the beauty and complexity of that style. Lindsey Buckingham is one of my favorite guitar players for that reason.

What other instruments can you play?

Speaking of instruments, tell us about the equipment you use: do you have any preferred brands and models of guitars?

The Fender Stratocaster is my favorite kind of guitar. I love clean, reverb-y guitar tones. But my music consists of a variety of guitar sounds and styles. Nechville created two custom Midi banjos for me that I play on “Rise” and “The Difference.” They have magnetic (electric) and piezo (acoustic) pickups that you can blend in stereo. Beard also made me a beautiful electric acoustic resonator guitar I play on “Tough Guys” that mimics the record’s blend of a National Resonator and a vintage Les Paul. 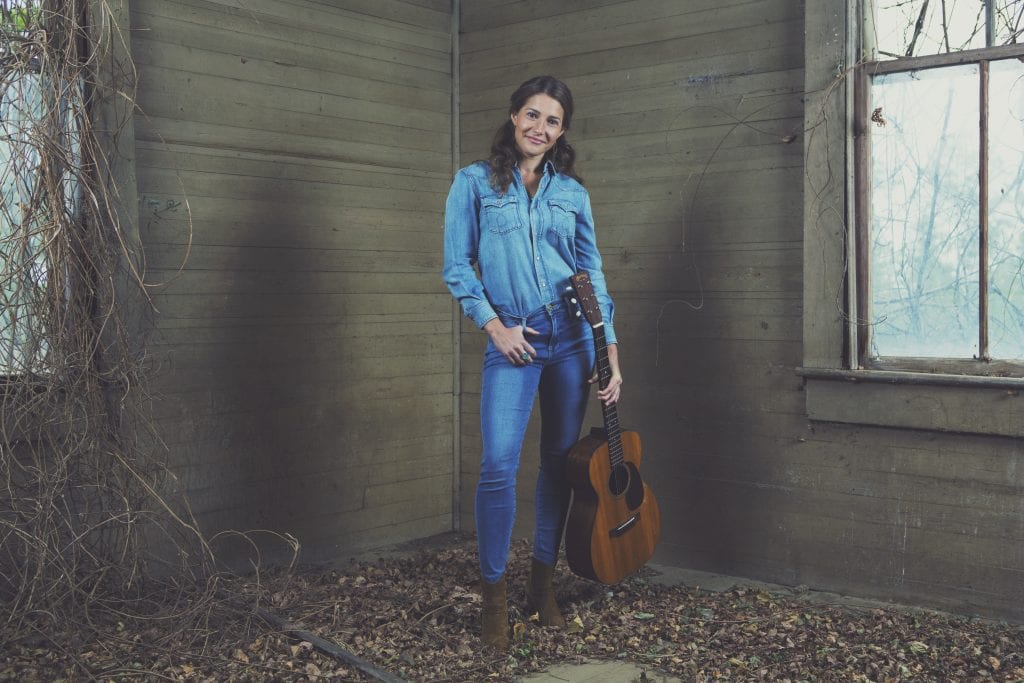 Back to writing songs – what’s your writing process like? From where do you draw inspiration for your lyrics?

My writing process is very intuitive. I write when inspiration taps me on the shoulder; I have never had good results from “trying” to write a song. Inspiration should be accompanied by passion and curiosity and joy. I write when an idea – be it a lyric, melody, guitar riff, or chord progression – comes to me that really excites me. Then I will let it flow as long as possible.

My lyrics are inspired by an introspective and optimistic outlook on life – I’ve always been fascinated by real love. What does real love and trust look and feel and act like in 2018? What kind of person do I want to be? How do I want to walk into the world? How do I deal with adversity? My lyrics speak to these questions.

You’ve performed with two of the biggest names in touring today. How did you get set up with Zac Brown and Jimmy Buffett, and how has that impacted your career?

Zac heard my first single, “Tough Guys,” and we were connected through friends. He has been hugely supportive of me and my music. Both he and Jimmy, who I met at the Trying to Reason Hurricane Relief Concert, have become mentors and friends to me.

Jimmy’s label, Mailboat Records, has partnered with my team to distribute my album, Bare Feet. I am so blessed to have his support. Both Zac’s and Jimmy’s fan bases have been welcoming and kind to me.

What can concertgoers expect from seeing Caroline Jones live?

High energy! Every time I step onstage, it is my intention to give my entire heart and soul to that audience. Hopefully, the people will walk away feeling inspired and connected to me and my music.

You’re currently traveling all over the country playing your music and gaining new fans. Yet somehow you find time to host Art & Soul, a radio show on SiriusXM’s Coffee House. What are some of the topics you cover on your show?

Art & Soul airs monthly on Sirius XM’s Coffee House. The format of the show is based on the Bluebird Cafe in Nashville, in which songwriters trade songs and stories. I delve into the songwriting process with artists such as James Bay, Regina Spector, Dan Wilson, Natalie Hemby, Butch Walker, Gavin James and many more. My YouTube channel has a bunch of archived videos from the show if you’d like to check it out!

Country music seems to shift directions every decade or so – in what direction do you think it’s currently headed?

There is so much beautiful diversity in modern country music. Traditional country still exists, as well as hip-hop country, pop country, R&B tinged country; the list goes on. My personal brand of country music is pop-influenced. I love blending 808s and stacked vocals and synths with mandolins and banjos and dobro.

New albums are so hard to promote these days. What’s your plan of attack for continuing to get Bare Feet out there and building up your fan base?

My primary strategy is making fans on the road. There is a unique and special connection that you can create with fans in a live performance setting. I love meeting fans after shows and hearing their stories and inspirations. Inspiring one fan at a time has been and will continue to be my goal.

Do you have any upcoming projects we should know about?

I’ll be touring this summer with Jimmy Buffett and the Eagles, Faith Hill and Tim McGraw, and the Zac Brown Band. I hope to see you at a show!

Deep Sea Diver performed at the Terminal West on February 21, 2020

Joseph performed at the Terminal West on February 21, 2020