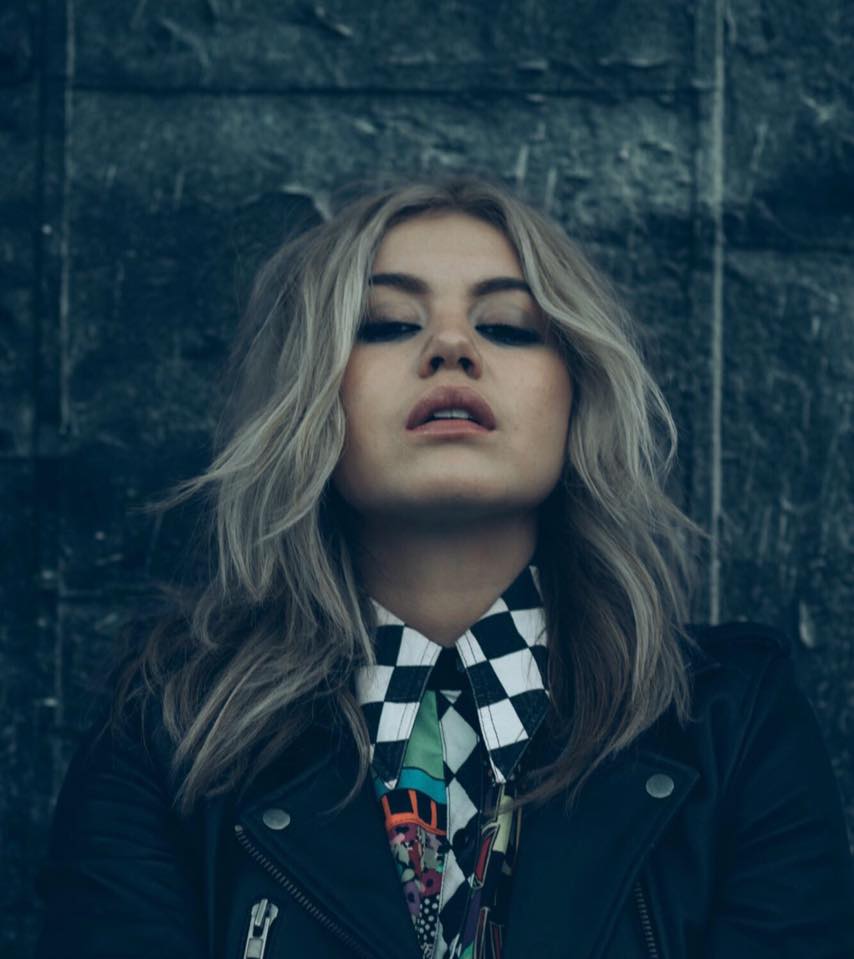 The one-woman show, DYLYN, has had quite an exciting year thus far. She just released her new album, which was a labor of love and a form of therapy for the songstress. We chatted with her about her new album, her writing process, European tour, and new stuff in store for her music and fans! Read on:

You just released your new album, Sauvignon and a Kimono…and you’ve mentioned that it was a three-year-process therapy session. Can you elaborate on that for us?

Sometimes when it rains it monsoons… it was a rough couple of years for sure. The album gave me the opportunity to isolate the exact emotions I was feeling in approximately three minutes. At the time, it was a perfect outlet for me to organize my thoughts, I ended up learning more about the situation after recording and hearing back what I actually wrote.
Who did you produce your record with, and what was it like recording it?

I produced my record with Colin Munroe. He’s a Canadian living in LA, and we instantly clicked. I loved the fact that before we even started the album I took two weeks to put together a catalogue of songs and pictures that not only represented where I wanted to go with the music but also how the music should make a person feel visually. It’s been a long road to finding who I truly am as an artist, and the fact that I was so willing to be raw and honest with myself made me get to where I wanted to go sonically.

How did you get into writing and creating music?

I love using real-life situations to tap into the emotion and honesty. I feel that I connect to real stories or experiences, whether it’s from a friends experience or my own. This EP taps into some of the darkest times in my life but the honesty and vulnerability lets me know I’m being true to myself.

Since the #metoo movement, do you feel it’s a better environment for women in music, or do you still think we have a long way to go?

I believe women are still the minority of the music industry and there are still a lot of image barriers we need to break, although it’s given women the chance to vocalize their stories. We need to continue to support each other and not see one another as competition. There’s always room for improvement in this world.

You’re touring Germany in May…where else do you plan or want to tour?

We’ve got these upcoming shows and potentially more shows in Europe in September. I’m in the process of going back into the studio because there is much more to tell. 🙂

Keep up with DYLYN via her social network on Facebook.