Home Interviews Interview with Jules Whelpton: Empowered by her Bass 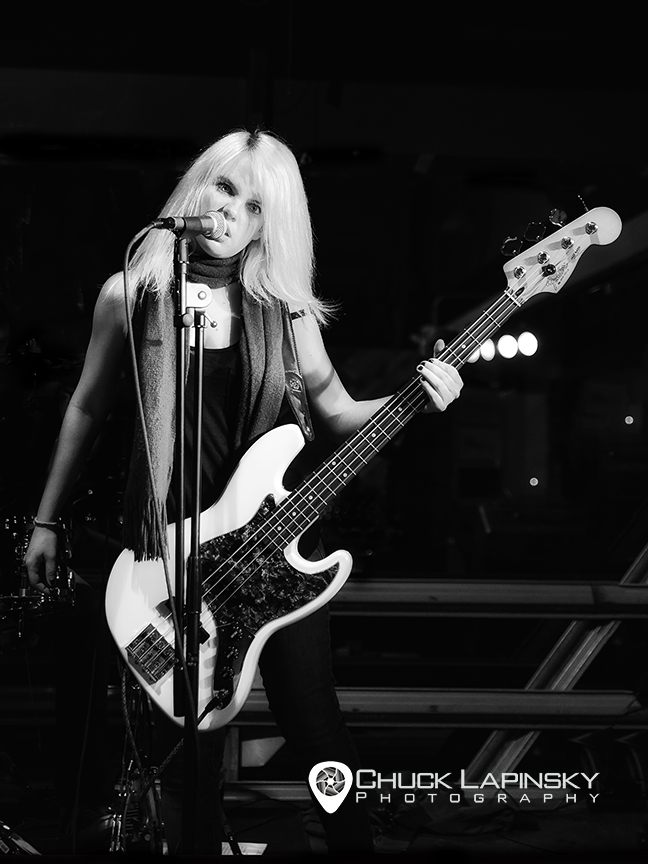 One of a growing group of young, up and coming female bass players, Jules Whelpton grew up in a small beach town in San Diego County. Her younger years were filled with extreme sports. Surrounded by skaters and musicians, the musical influences took hold early on.

Her parents gave her the introduction to ’60s music and funk along with a large dose of music history. She grew up listening to classic rock, the Beatles, Earth Wind and Fire, Red Hot Chili Peppers, and Green Day. This is the style of music that influences her bass playing.

Jules began playing violin at the age of six and when she was 14, wanted to play in a jazz band so she picked up bass guitar, proclaiming “I can do this.” Individually, John Paul Jones has had the most influence on her style of playing. Cathryn Beeks and Roni Lee are credited as being her main mentors over the years. She majored in music in college with a focus on violin.

She is empowered by her bass. “Being a short person, playing this large bass guitar with the thundering sound allows me to be a larger person.” Her career really started to take off when she was part of the LA band “Daddy Issues.” She is now holding down the low end with The Roni Lee Band and another project with San Diego’s own Fairplay.

Jules is also a music educator. She currently has somewhere between 40 and 50 students that she instructs on violin, bass, guitar, and piano. She feels it is her mission to help others learning music to become part of the musical family, turn that hobby and interest into a lifestyle or possibly a career, and become part of the larger musical community. She also writes music. She started out writing punk rock songs and now is working on more complicated songs incorporating complete stories.

Her message to those who see her perform is “watch and see how much fun this is.” “I am a small person with this big bass, dancing around and getting lost in the music. That is what I want people to take away and make happen for themselves.” Through her performances and teaching, she wants to show future musicians that the music industry can thrive and grow, and manufacturers can sell more instruments as long as there is an interest in performing.

In addition to performing, Jules is planning on taking classes in the music business itself so she can market herself more effectively in the future.

Gear wise she endorses Reverend Thundergun Bass Guitars for their unique style, Pig Hog Cables, and Reunion Blues for road cases that can survive traveling by air and protect her guitars.

You can find out more about Jules Whelpton on Facebook and Instagram as well as schedules for upcoming shows with The Roni Lee Band and Fairplay.