Home Interviews Interview with Larkin Poe on their Influences, Music and Future 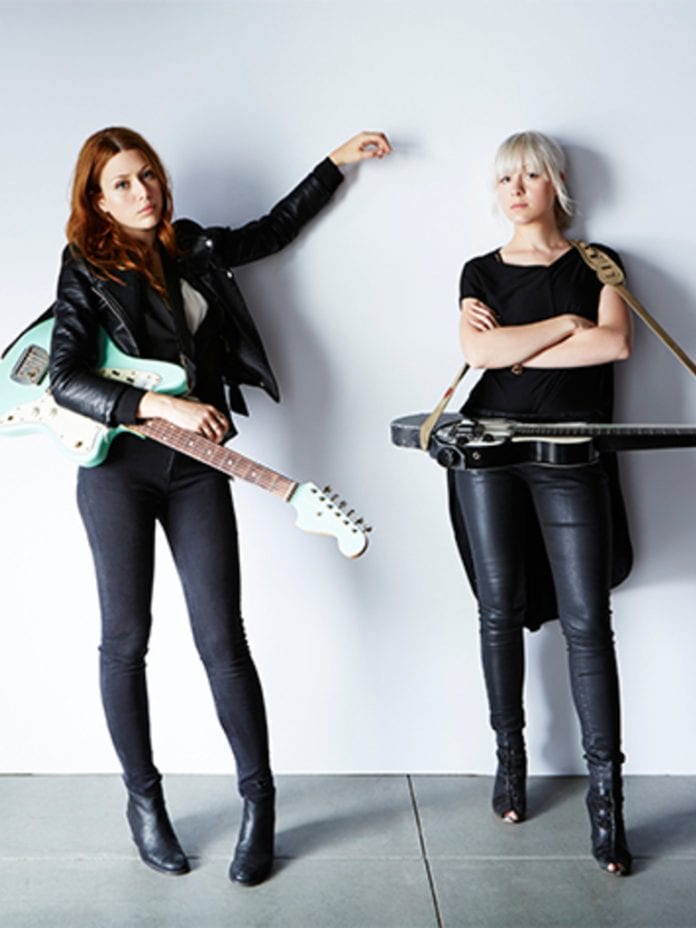 Larkin Poe, the Atlanta-based sister duo, recently released their debut CD, “Kin,” which has received stellar reviews by Entertainment Weekly, Uncut, The Telegraph, The Guardian, to name a few.  Rebecca Lovell is the lead singer/guitarist, and also plays the mandolin and violin.  Megan Lovell contributes lapsteel, dobro and vocals to the line-up.

Larkin Poe will be performing in Atlanta at Terminal West TONIGHT to celebrate the release of their new CD. The sisters just completed a European tour and headed out this week for a quick US tour which started in Los Angeles (see tour dates below).

We had a chance to get in a few quick questions with the sisters this week while en route to Atlanta. Stay tuned for a more in-depth interview to follow soon!

GGM:  For those who have never heard your music, how would you describe it?

GGM:  How long have you been a band? When was the band formed?

LP:  Larkin Poe was formed at the beginning of 2010. So we’re coming up on “baby’s 5th birthday.” Pretty crazy! The years have flown by.

GGM:  You are sisters, when did you begin playing together?

LP:  We started playing and singing together as toddlers! Our mom and dad put us in classical violin lessons when we were 4 and 5-years-old and we started singing together in the church choir as soon as we could read. At this point, we can anticipate each other’s musical choices and impulses so well it’s almost like we’re reading each other’s minds – which freaks the guys in our band out a little – but for us, it’s only natural.

“Don’t” is the first single off our newly released, first full-length album, ‘KIN’!

GGM:  What has been others’ reaction when finding out your descendants of Edgar Allen Poe?

LP:  As artists, we’re pretty intense. Being able to chalk some of that intensity up as a “trickle-down effect” comes as a comfort! When people find out we’re related to Edgar, they’re generally like: “Oh, okay. This makes more sense. You guys are just hereditarily crazy.”

GGM:  Is Halloween your favorite time of year?

LP:  Despite the fact that Halloween is characterized by the color orange (a color we both despise) we love it.

GGM:  Where do you see yourselves in 10 years (Musically/Professionally)?

LP:  Exactly what we’re doing now, just in a bigger and better way! Right now, we’re making records and touring and able to make music with other artists whom we deeply respect – that’s exactly what we set out to do, and it’s exactly what we hope to continue doing…until we’re little old ladies in wheelchairs.

GGM:  What’s next for Larkin Poe?

LP:  Our first full-length albuM ‘KIN’ was released in the USA on October 21! Starting today, we’re headed out on the road for a few weeks of touring here in the USA. The music video for “Don’t” (our first single) will be dropping in a couple of weeks and we can’t wait for people to check it out. But ultimately, we’re just gonna keep doing our thing: playing guitars and writing songs.

And great news for Larkin Poe as they will backing Sugarland’s Kristian Bush for his performance NBC’s “TODAY” on October 27, so mark you calendars!