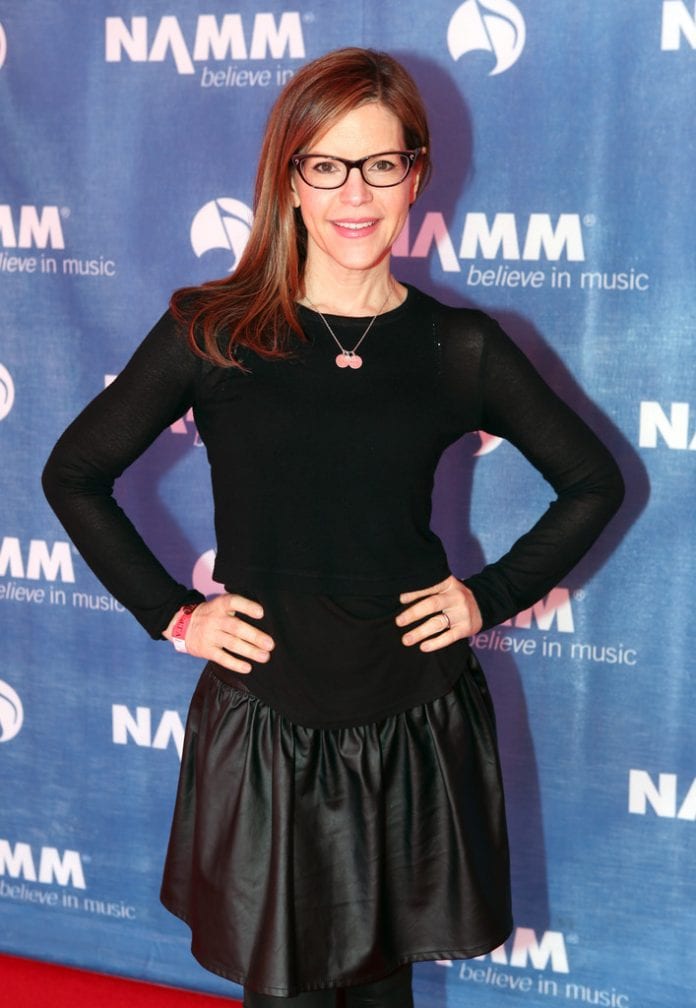 Day Two of 2014 Winter NAMM Show, I had the distinct privilege of getting to interview the talented Lisa Loeb after her artist signing at the Daisy Rock Guitar Booth! Lisa greeted many smiling and enthusiastic fans during the artist signing. Safe to say, her amazing skills as a songwriter and as a performing artist, continue to touch the hearts of many long standing and new adoring fans. Please check out the Q & A:

Lisa Lim:  Thank you so much for allowing me this opportunity to interview you for Guitar Girl Magazine!

Lisa Lim: When did you start playing guitar and how has it influenced your songwriting?

Lisa Loeb:  I started playing guitar when I was 13 years old. We had guitars at my school where I grew up. They had nylon string guitars and I learned some simple folk songs. Then, soon after that, I borrowed somebody else’s guitar during summer camp and learned songs like “Stairway To Heaven” and some pop songs from the ’70s. I think learning how to play acoustic guitar, I was more inspired to write popular songs. I felt even with a handful of chords, the simplicity to be able to write more naturally on the guitar than on the piano, which I also played at the time. I wrote more introspective ballads when I was a teenager, with the guitar in hand.

Lisa Lim:  Do you have a preference,  six string verses twelve string guitar?

Lisa Loeb:  I definitely prefer six string over twelve. I’ve always had a weird thing with twelve strings. I think it has something to do with tuning twelve strings, which has always seemed very challenging to me. Also, the sound of a twelve string sounds too folky to me, personally, and I like the way a six string really cuts through. With that being said, I have picked up a twelve string here and there, and been really inspired by how different it sounds and feels to play. 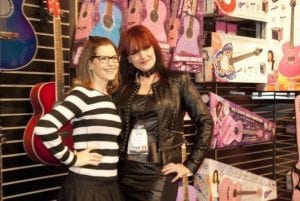 Lisa Lim:  What do you think about for up and coming artists, breaking out, do you think that having that one connection, in the music industry, is what makes a difference in an artist making it, breaking out?

Lisa Loeb:  I think for an artist to breakout, it’s a combination of things. Being able to do what you do, and do it well. If you’re a singer songwriter, you need to be able to write songs and sing. Have some kind of unique presence or charisma. It’s hard to put a finger on it. It definitely is important if you want to make it your profession. If you want to take control of your profession, it’s important to know as much as you can about the business. Meet people who are actually in the business of music, in different fields, whether it’s an attorney or somebody from a record company, or radio station, or another musician who is a professional. To get as much insight and information as they can. None of this will guarantee any success. But, I feel it’s important for artists to have as much control as you can. This is what you do have control over. You do have control over trying to be better, and trying to learn your trade. And hopefully, you’ll end up in the right place, at the right time, and be able to do what you need to do, to be a professional. Beyond that, I think, practicing and playing in front of an audience, and doing it as much as you can, really helps.

Lisa Loeb:  I think you have to use social networking, to connect with your fans. And to connect with, hopefully, people who will become your fans. It can also be a way to connect with like-minded people, to try and figure out who might like your music. Basically, it’s a cyber way to connect with communities. The only problem is, sometimes, it can take energy away from the actual creative process. So, it’s important to figure out that balance. And find  people for your team, that can help take care of some of those things, So, you can focus on being a better musician.

Lisa Lim:  For aspiring songwriters, do you have any suggestions, in how to go about pitching music for licensing opportunities?

Lisa Loeb:  That’s really interesting. You know, I don’t have a great suggestion. It’s really hard to get songs into movies, tv shows and video games. Again, I think that it helps if you know a lot of people to go to and network with, as much as you can, Through BMI and ASCAP functions, local functions where people make films and tv shows. It’s important to make those connections so you can figure out how to get your music in film and tv. It’s also important to keep following your heart and making it your own individual music. Something that sets you apart from other people. Because the thing that represents you, has to set you apart from everybody else. Being unique and making as many connections as you can. I would even think about meeting young film makers. Anybody really, who is making something that might have the need for music in their project.

Lisa Loeb:  I put two records out last year. One for kids and one for grown ups. My goal for this year, is to work on writing for my next project. I have alot of jobs and things that I do and  with all of that, touring included. But, I’m really focusing on writing right now.

Lisa Lim:  That’s great!  I really appreciate you talking with me today. Thank you.

Lisa Loeb:  Thanks a lot! I appreciate it.

To learn more about Lisa Loeb, please checkout her website at: www.lisaloeb.com