Home Interviews Interview with Olivia Frances on Music, Writing and Her New Project for... 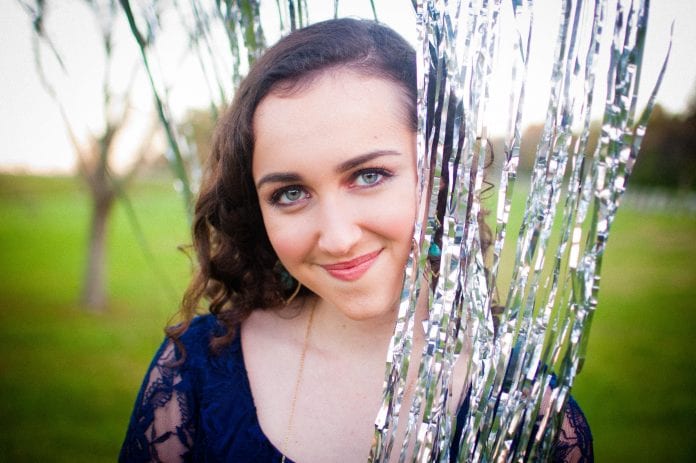 Olivia Frances has been described as an “old soul wrapped inside the effervescent free spirit of an 18 year old girl.” Frances started playing the piano when she was just six years old and picked up the guitar when she was 12. With a folk pop sound with a touch of country, her music is laced with catchy tunes and thoughtful lyrics.

Originally from Cincinnati, Frances recently made the move to Nashville to further her career in music, learn all she can about the music industry, and hone her singing/songwriting skills. She’s been busy co-writing with fellow Country artists Carmen Brandy and Matthew Price, had one of her songs chosen for a documentary about the famed Cincinnati Music Hall, and her song “Back to Happiness”  won Best Pop Song for 2014 by the Ohio Music Awards.

Stay tuned as Olivia Frances has some exciting news for 2015 with a project called “Single Steps.” To learn more about this rising star, read our interview with this inspiring young lady to learn more about her music and  background, her move to The Music City, her Taylor Guitar (and how it keeps her smiling), and her upcoming project.

GGM:  Where did your love of music come from at such a young age since you don’t come from a family with a musical background?

OF:  My parents are big believers in having a passion. My Dad took piano lessons when he was younger and wanted me to do the same. I liked piano lessons but also had always loved to sing and listen to music. Even though my family isn’t musical, they all really appreciate music. For example, one of the first songs I remember dancing to with my Dad was, “I’m No Angel” by Gregg Allman and my Mom used to play the Dixie Chicks in the car. These little moments nurtured my love of music.

GGM:  How does your family support you in your musical endeavors?

OF:  I am so grateful that my family supports me in various ways. They encourage me to continue taking lessons in voice and guitar. Whenever the holidays come around, I am asked to perform at family events. My parents have let me take a “gap year” in Nashville where I perform on average 3-4 nights a week. I’m very lucky.

GGM:  After starting on the piano at age six, you picked up the guitar when you were 12. What was the driving force behind that change in instruments?

OF:  It’s funny looking back at the reason why I switched instruments. I asked my classical piano teacher if I could learn some pop songs and she wasn’t thrilled to teach them to me. Although I had won several Junior Music Experience piano awards, I decided to drop piano lessons and take guitar to see if I could learn to play pop songs. After learning a few chords, I realized I definitely could. My first guitar was a Seagull and I took lessons at a wonderful music shop in Cincinnati called Buddy Rogers (Hi Tony)! The guitar is definitely easier to carry around – that’s for sure.

GGM:  What guitar do you play?

OF:  I play a Taylor 214ce. I love my guitar so much! I even have a sunshine sticker on it because the sun reminds me that I always want to radiate happiness to my audience.

GGM:  Can you tell us a little about your style of music?

OF:  Sure! I describe my music as pop/country because I love the catchy melody in pop and the story in country. I admire both genres and think it’s great that genres in general are meshing together. Now, there’s some rap in country, some folk elements in pop, etc.

GGM:  Your bio states that you’re very disciplined with daily practice and writing new songs. How many hours a day do you devote to your music?

OF:  That’s a great question. There are so many aspects to making music. There’s the songwriting, critiquing, practicing, singing, planning, recording, performing, marketing, reading music biz articles, etc. I can’t quote an exact amount of hours I spend but I can say it takes up a large amount of my time. I don’t realize it though, since it’s all fun for me. Sometimes it can be hard to balance my time. One day I’ll answer e-mails and submit to music opportunities on websites like Sonicbids and ReverbNation, but I’ll do no songwriting and vice versa. Overall, I spend around 15 hours a week songwriting and 7-10 hours a week playing guitar.

GGM:  How do you approach the writing process and what inspires your music?

OF:  I approach the writing process in different ways, and it’s nice because there’s really not a “right” way. Sometimes, I’ll think of a melody that reminds me of the ocean and will write a song about the beach. Other times, I’ll be talking with a friend and she’ll say a phrase that sounds like a good song title and I’ll write it down on my phone. One of the tools I find most helpful is keeping a “HookBook” on my phone. Basically, it’s a list of hooks or titles that I always carry with me so whenever I go to a co-writing session or sit down to write a song, I have several ideas to start with that I haven’t forgotten about.

GGM:  While in high school you were involved with the VH1 Save the Music Foundation which you still continue to be involved with today. Can you share with us a little about that program and why it’s special to you?

OF:  The VH1 Save the Music Foundation is a nonprofit organization dedicated to raising awareness about the importance of music as part of each child’s growth by helping to fund school music programs. Music bonds classmates together because everyone works for a common cause, which is to make the music sound great.

GGM:  Originally from Cincinnati, OH, after you graduated high school you made the move to Nashville. That was a major move. Do you feel it’s made a difference in your desire to pursue a career in music?

OF:  After moving to Nashville, I feel more motivated to pursue a career in music. Although there are so many songwriters in town, it’s inspiring to watch so much talent. It makes me want to practice more and become better at what I do.

GGM:  You’re also getting some behind the scenes experience interning with a record label. How is that working out?

OF:  It’s going so well! It’s a punk/rock bands label, which isn’t the type of music I make, but I’m so grateful to have the opportunity to be behind the scenes. It’s such a good learning experience because I really enjoy observing how the music business operates. I have had a chance to do many different jobs including shipping online orders filled with CDs and cassettes, building several Excel spreadsheets, documenting the press for our bands and I’ve sold merch at concerts. In addition, my co-workers are so nice which makes for a fun environment.

GGM:  One of your songs was recently featured in Melissa Godoy’s documentary “Art Carvers of Music Hall.” What song was chosen and how did that come about?

OF:  My song, “Season’s Grow On” was chosen to be in the film. It came about in a miraculous way! I opened my e-mail one Sunday morning and in my inbox I had a message from Melissa. She wrote that she heard my song online and wanted to use it for her film, which would be airing at the Luna Film Festival at the Carnegie Arts Center in Covington, KY!

GGM:  I hear you have some big things happening in 2015.  Anything you can share?

OF:  Yes! You’ll be hearing a lot of new music from me in 2015. It’s a project called, Single Steps, because I’ll be releasing a new single each month for the next 6 months! I’m so excited! My first single will be coming out on January 23rd. Stay tuned!

Top 3 songs on your playlist:

First gig I ever did: Performing at the Mad Frog, a venue in Cincinnati

My favorite venue in Nashville is: The Commodore Grille

If I could perform with anyone, it would be: The Beatles

One thing people don’t know about me is: I love dogs!

For more on Olivia Frances, check her website HERE.