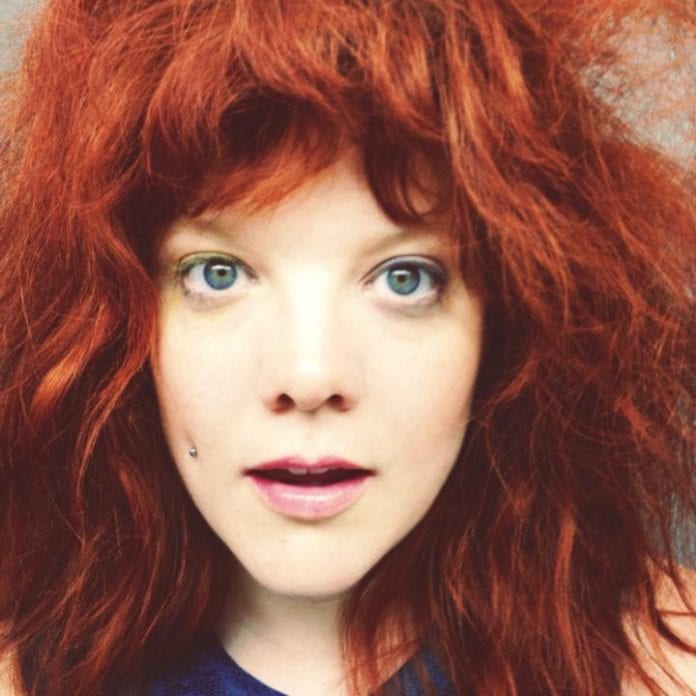 Rachel Pearl, the beautiful and talented redhead based in Nashville, plays the guitar and ukulele, and travels the US performing some of good ole jazz standards, some Top 40 tunes, and sprinkling in some of her original jazzy and poppy tunes, as well.  We met Rachel several years ago at the Luna Guitars booth at the Winter NAMM Show in Anaheim, California and have been following her ever since, having recently seen her perform at the Summer NAMM Show last July in Nashville.

Originally from Bowling Green, Kentucky, Rachel made to the move to Music City in 2000 to further her music career. She was the Winner of “Pop Genre” for the 2nd Annual Alchemy Competition, a Top 10 Finalist for the Alchemy Competition, received Honorable Mention from Billboard Magazine, and has also received several awards in the Jazz category from AI Underground.

Learn more about Rachel and her background here.

GGM:  You play the guitar as well as the ukulele. Which came first and do you play any other instruments, as well?

RP:  I played guitar first. I started in high school. I wasn’t really serious about playing guitar until 2009 when I went on my first tour. All of my friends and artists were playing for themselves. They weren’t hiring other players. I had to stand on my own! That’s the best invention for getting your act together in a hurry. Ha.

GGM:  Did you take lessons?

RP:  I took a high school class. And the same in college. Then I took private lessons as an adult. I didn’t learn the conventional way. I played them recordings of my songs and had them teach me how to play them.

GGM:  Do you recall your first guitar?

RP:  My mother bought a classical guitar at a yard sale. I remember my college teacher acting like it was the cheapest thing he’d ever seen. What a snob.

GGM:  Do you play any other instruments?

RP:  I’ve been working with a loop pedal for the last few years. I’m not sure if that qualifies as another instrument.

GGM:  You come from a family with a musical background. Can you share with us a little about your family and how they influenced your love of music?

RP:  My great uncle played at Woodstock, my grandmother liked to play piano, and my mother still performs and writes in England and the US when she comes to visit.

GGM:  Who were some of your musical influences that helped shape who you are today as a musician?

RP:  The Beatles. Bonnie Raitt really hit me too. Those songs that John Prine wrote hit me hard even before I knew what romantic love was.

GGM:  Can you tell us about your band line-up?

RP:  I have a keyboard player, Ryan Prewett. Ryan Madora, a killer chick bass player from PA. And my drummer Smitty has been with me for years.

RP:  My latest release was my single “Dodgeball.”

GGM:  Any plans to return to the studio?

RP:  I’m recording and writing now. Stay tuned for a release. Maybe in the fall or winter of 2015.

GGM:  We met you at Winter NAMM in Anaheim back in 2010, I believe it was, at the Luna Guitars booth, and have seen you several times performing at Summer NAMM in Nashville over the years. What is your biggest takeaway from NAMM?

RP:  NAMM is such a noisy, overwhelming event. I love meeting other endorsees and talking to the makers of my favorite products. It’s neat to tell them in person what you love about their stuff and ask them questions.

This summer I played with Bakithi Kumalo at a breakfast session. He is such an icon and an incredible instrumentalist. Kala asked me to play and I did not feel that I could really play at an acceptable level with Bakithi, but I’ve learned to say “yes”! He was a gracious guy. And I’ll never forget it.

Top 3 songs on your playlist?  Anything from Taylor Swift’s new CD!

First concert ever attended?  Can’t remember! My mother singing in the park, I’m sure.

Dream performance would be with?  Katy Perry. Bonnie Raitt.

One thing people don’t know about me: I’m a twin.

In one word, what does music mean to you?  Everything!