Home Interviews Jenni Alpert on Los Angeles, Nashville and New Album Until Then 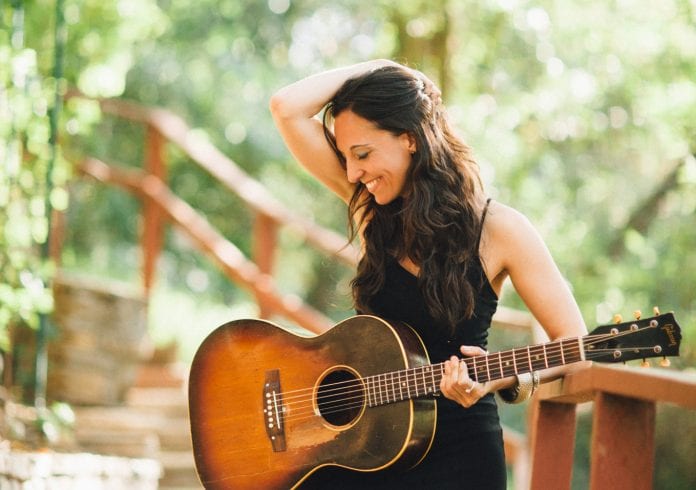 Singer-songwriter Jenni Alpert from Los Angeles recently released her new album Until Then on S Curve Records and has several new projects on the horizon. She’s been spending quite a bit of time in Nashville and the influence from Music City can be heard on several of the new songs.

While busy traveling between LA and Nashville and beyond, Alpert filled us in on the making and recording of Until Then and upcoming new projects.

You recently released a new album on S Curve Records called Until Then. Tell us about it!  I hear a hint of country in several of the opening songs while still staying true to your jazz roots.

Letting go of everything, driving across country having no concrete plan, and deciding to stay in Nashville to create was the best decision of my life. You never know where life may take you, as long as the heart leads the way.

You did most of recording for this new album in Nashville and I see you’ve been spending quite a bit of time there. Is this new territory for you?

I always had great experiences the short stints I spent in Nashville prior to this window of time where Nashville has become a second home. When I first started writing songs driven by the guitar, there were hints of soul, folk, and jazz as you mentioned. Yet for a while there I was focusing on writing songs on the piano which often would lean in the direction of pop so when my writing turned back towards the guitar and new songs started to take shape back to the roots of my original sound, Nashville seemed like the most logical place to take up residence for a while to explore a different side of the music. It has been an incredible year and I love it just as much as any other city I have spent this kind of time in it for its special small town and down home qualities.

How did you pull together the musicians and songwriting team?

Most of the time, all this happens sporadically in the moment of what feels right, what sounds right, and who is available at the time.  I don’t think too much about either or. However I make efforts to pay attention to what people are into, their performance tone, or writing styles and pick from there. I come from the Ellingtonia school of thought, which is to say that we are our instruments so to speak tone, approach and style – so if one were to look at every song or each performance as a painting piece, it’s simply about putting together the pallet for the performance.

How does Until Then differ from your previous work?

Until Then is a raw off the cuff live in the moment piece of work that was originally intended to be nothing more than a documentation of some live music – a day in County Q live with one of Nashville’s well respected guitarists Guthrie Trapp. Though most of my recordings have somewhat of a “live and one take” quality about them, there was always a producer present to guide performances, select parts and textures that best fit each song, and some editing to fine tune each track. Until Then has none of that, rather it is simply exactly as it was in that moment, no rehearsal, no direction…. only feel for right in that moment and I am really proud of how it came out. Rob Matson, the engineer and mixer really knows how to capture the warmest, rawest sound in the room including the silence that covets it.

RELATED STORY:  Jenni Alpert on Her Upcoming Album ‘Take It All’

One of my favorite songs “Sweet Talk” made it on the track listing for Until Then. Do you have a favorite single from the album?

I tend to not get too close or personal to songs I am a part of as I really feel that they are the work of an energy greater than us that we may just be fortunate enough to be present enough in the moment to be a part of, however, I am fond of the songs “Hurricane” and “For The Journey You’re On.”

The last time we spoke you were touring across the U.S. on behalf of the American Blood Centers on a tour you called “Blood Driven.” What was one of the most rewarding experiences from that tour?

One of the most rewarding experiences on that tour was seeing how encouraging people were to donate blood to save a life with live music performances at Blood Drives by Blood Centers morning,  visiting children’s’ hospitals by afternoon to show folks where their blood actually goes, and performing in local clubs to donors, their families, and locals in each town while utilizing social media to share the importance of this, really could make a difference in the number of people who actually donated blood. It is really important to remember that doing something so simple as donating blood can save up to three lives at a time.

What current projects are you working on?

At the moment I am writing a new batch of songs for a new full length fully produced album all the while preparing for tours this fall in support of Until Then. We are really excited that Sirius The Coffee House has picked up the record as well as several NPR stations around the country and that is exciting. I look forward to spending time with the Sirius folks on their show in New York coming up soon.

For our readers that aren’t familiar with you, share with us a little about your musical background.

Born in Los Angeles and adopted at the age of four, I started to sing and play piano while staying in various foster homes, and later learned to play the guitar as well, and began writing songs early. Familiar with jazz, Americana, and pop, after graduating from UCLA’s Ethnomusicology Department completing a four-year jazz program headed by Kenny Burrell, making music, writing songs,  and performing became my main focus. While independently touring the US and internationally on a regular basis, opportunities arose to support veteran touring artists such as Loudon Wainwright III, Luka Bloom, and Kaki King both in the US and in Europe. Upon releasing a few independent albums on itunes The Sun Studio Sessions selected a performance of Untied live at Sun Studios in Memphis, TN, recording home of Elvis, Johnny Cash, Howlin’ Wolf, and B. B. King for their PBS special. Shortly thereafter while touring internationally, an Italian vinyl label (Cappuccino Records), recorded and released a collection of acoustic performances live in Italy. Upon independently Pieces in 2005, A Stroll in the Park (solo instrumental piano compositions) in 2006, 27 Minutes in Bologna (a live vocal and piano set recorded in Italy) in 2007, No Second Guesses in 2008, Underneath the Surface in 2010, Take It All in 2012, Shining Light (Vinyl, live vocal and piano and guitar set recorded in Italy) in 2013, the most recent body of work Until Then recorded live in Nashville at County Q with Guthrie Trapp is being released by SCurve Records this year. Pretty excited about that.

A few videos that were taken while making Until Then:

Was there any one musician who had a major impact on you and your desire to pursue music?

The list is quite long as far as inspirations go, but to name a few I have always been drawn to are Sam Cooke, Wilson Pickett, Bill Withers, Willie Nelson, Bonnie Raitt, Joni Mitchell, Rickee Lee Jones, Nina Simone, Julie London, and Loretta Lynn.

Find out more about Jenni Alpert and her music here:  www.jennialpert.com 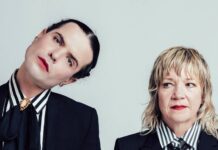