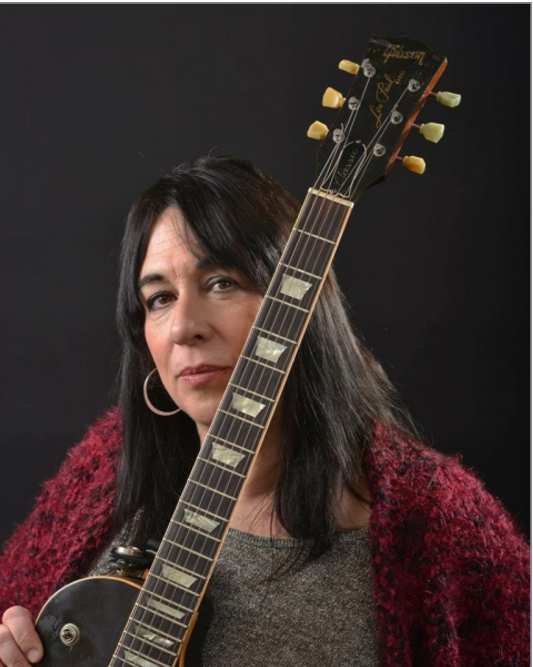 Joanna Connor’s meteoric rise to Internet fame is now the stuff of legend: in 2014, a fan uploaded a video of Connor performing “Walkin’ Blues” in front of a Chicago audience, and seemingly overnight the clip generated millions of views. Despite the sudden wave of recognition, however, Connor, is no newcomer or overnight sensation. Born and raised in Worcester, Massachusetts, she’s been playing clubs since she was a teenager. She moved to Chicago in 1984, began sitting in with blues legends such as James Cotton, Buddy Guy, and Junior Wells, launched her own group and released her debut album, Believe It, in 1989, and began touring the world, crossing Europe 32 times from 1990 to 1999, and releasing a series of live and studio recordings.

Then she stopped. In 2002, Connor stopped touring, and shortly after, she stopped recording. Clubs were closing, and she decided to stay close to home, playing local shows and raising her two children. She continued working steadily, performing an average of 200 shows per year in area clubs and festivals, but she stayed out of the studio … until now. Six String Stories is her first studio release in over twelve years. The ten-song album, eight of them written with band member Lance Lewis, showcases Connor’s renowned guitar playing and crosses genres from blues to rock, gospel, and R&B.

In this day of people downloading one song at a time, you recorded a full-length album. Is the blues genre more forgiving or more demanding of that format?

The way music is experienced by the listener has changed so much, it’s hard to wrap your thoughts around all of it. I am somewhat of a traditionalist about many things. I love to read a book versus a kindle. I love a newspaper in my hands. I watch very little television. I am not enthralled by gadgets or technology so much, although having a smartphone with a GPS and e-mail and YouTube has been a real creature comfort and convenience for a working mom/musician. So, in short, I made an album because it is the format I’m comfortable with. 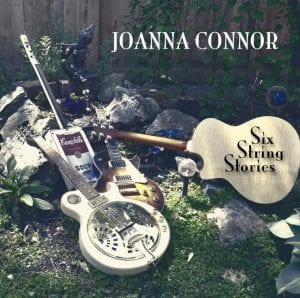 This is your first album in twelve years. Over the course of your career, you have remained true to the music you make. Has that music changed around you in terms of style, representation, and audience?

I try to be a human with as little pretense as possible. I grew up feeling like an outsider and was attracted to many things my peers weren’t. I’m still somewhat like that. I will be honest: I pay very little attention to what’s going on in the blues world, although I live in one of its epicenters. I am primarily a live musician. Most of my recordings reflect what is going on via the live show I am giving, and personal experiences at the time as well.

The industry has changed tremendously during that time. What do you see as better and worse?

I see good and bad in the current music industry and entertainment field in general. I will start with the positive. The technology available has made making your own recordings and marketing them viable. It’s put power in the hands of the creator. But, conversely, due to the same illustrious freedom the Internet has given us as a forum for many things, the Wild West that it is — as I call it — has taken the ability to control the purchasing end, and musicians and writers are making a paltry sum. But fans of music can connect in seconds internationally, and that is miraculous.

How much playing did you do during those twelve years?

You remarked in an interview that as the audience gets younger, the music gets heavier. How so?

I have a gig in Chicago at a famous blues club called the Kingston Mines since 2005, three nights a week. The gigs are really long; we start at 7:30 or 8:00 and play until either 2:30 or 4:30. The room changes as the night goes on, and the crowd gets younger. That’s when I can let it rip and go off into more aggressive guitar and heavier grooves. They eat it up! They give the energy right back. It’s my favorite time to play when this happens!

You also noted that you are seeing younger audiences at your shows. Is that in the U.S., or internationally, or has the age range always been diverse outside of the U.S.?

I haven’t toured much internationally since the 1990s, when I was everywhere all the time, so I can’t speak authoritatively on that scene now, but the age group was pretty diverse, say 25-60. In the U.S. it’s largely middle-aged, except for pockets of clubs here and there in more metro areas or college towns

How does that audience change, or does it, when you play acoustic shows?

Once again, it depends on the venue. Acoustic shows tend to be earlier, so the crowd is usually older. But I play some places that hipster crowds go to for the acoustic stuff, too.

I’m a big girl with pretty big hands and forearms. But at the same time, in order to have speed, feeling, or good slide technique, you have to have a feathery touch..

Gibson endorsed you in 1990. Were you always a Gibson player, even before that time?

I was in love with the Gibson sound forever — the tone, sustain, the beefiness. But I started on the Strat.

Do you write and record with that same Les Paul? What makes the Les Paul ideal for what you do?

When you hear the new CD, all of the electric guitar is done on my Les Paul Classic 1960 reissue — the same ugly and sweet beast I’ve played since 1990! It’s home for me. I know it like my own skin

What was the recording process like for Six String Stories, particularly after twelve years away and so many changes in studios and technology?

It was a very rexed process. We took our time and recorded a little bit at a time, although almost everything is a first take. The technology of recording makes the process quicker on the technical end for sure!

Which miking techniques and placements do you prefer in the studio for both your guitar and vocals?

I am really not a tech geek. I tell the engineer what I like to hear and also trust their expertise. On this recording, the engineer has been our live engineer for six years, so he really knows what I do so well!

How do you keep your sound consistent night after night, especially in clubs and at festivals?

I have a soundscape in my head for the whole band, but in particular for myself. I drive my band nuts sometimes, telling them how loud or soft to play and how to EQ their stuff. I find my sound every night because I know what I want to hear coming out of my stuff.

What was the process for finding the sound you want onstage?

Every night is different, even on the same stage. The crowd size, the heat or cold, it’s all a factor. I look for a balance of sound spectrum, and I can dial it in pretty fast.

Let’s talk about your band members, what they each bring, and what you need from your musicians.

I’ve had the same band for five years: Lance Lewis on bass, James Carter on drums, and Tony Palmer on guitar. My drummer is the key to it all — the grooves he plays, the accents, the timing. His feel for rhythm and mine are very similar. We both play very syncopated. Lance played the drums on most of the CD, though, as well as the bass. He is more straight ahead. I expect all of my musicians to execute on point, bring passion, and listen to each other.

Many fans come to shows and want to hear the songs the way they know them from the recordings. Blues players, however, often free-form the arrangements onstage. How far can you take things when rearranging a song without losing the audience?

We put a spin on every cover we do. But I will tell you, 99 percent of the time we are delivering the feel, so people eat it up!

What should a guitar solo accomplish every night? What does it need to say to the audience?

The guitar is, in my opinion, the most expressive and versatile of instruments. You should take the audience on a journey of emotion. As we know, emotions come in all varieties.

Are your solos the same or do they change, depending upon the venue, set list, headline shows versus festivals, the audience, your mood?

I try to come with the spirit of a jazz improviser. I live in the moment. There can be certain cornerstone phrases to cue the band, however.

Your repertoire spans twenty-seven years since you recorded your first album, plus all of the material you’ve performed before and during. Has your approach changed when performing those songs?

I have grown more comfortable in my own skin as I have gotten older. I am bolder and also more sensitive at the same time. Playing acoustic several nights a week has developed my touch more. It’s a continual evolution, hopefully in the right direction!

You’ve been playing guitar since you were 7 years old, beginning with classical guitar, acoustic blues guitar as a teenager, and electric guitar. What has changed and what has stayed the same? Is there an ongoing rediscovery of the instrument and the songs?

It all comes together. I’m glad for the journey I took musically, the breadth of influences. I am using more of my earlier fingerpicking now that I am doing more acoustic shows. But I hope to continually expand and improve.

For more on Joanna, visit her site HERE.