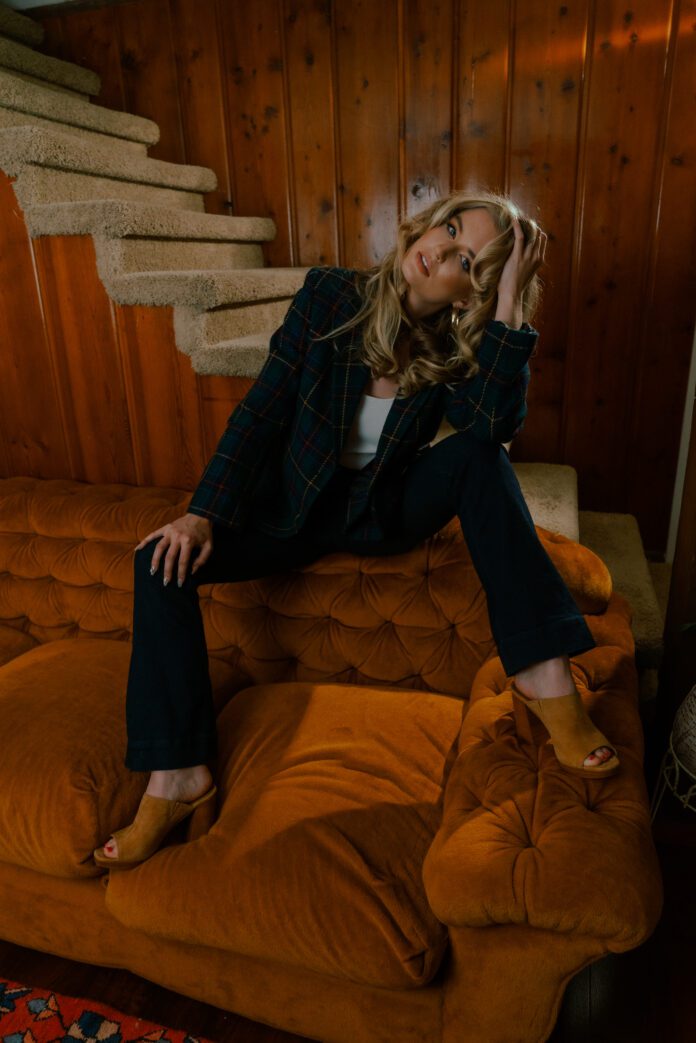 Nashville-based musician, Essy, taught herself how to play piano at the age of 11, ultimately attending NYU’s summer program as well as attending the University of Virginia. She utilized her skills as a pianist to learn synthesizers which she says, “I learned how to play fundamental sounds on various synths producers brought into sessions including Moog’s Sub 37, Dave Smith’s Prophet Rev 2, Korg’s Minilogue. I’m currently learning the basis of modular synthesis on some of Moog’s gear (big fan).” She refers to her genre as Synthpop, which is pop-based music with the synth as the main instrument.

Prior to releasing her first independent single in the fall of 2019, Essy developed her sound writing for electronic artists. Essy will be releasing her third EP this fall, and recently released her single, “No Prisoners,” which she describes as “a more ‘live sound’ combining modern synth mixed with ’70s funk and ’80s rock.” The track was co-written with Anna Kline and Austin Cannon, who also co-produced the track with Chad Copelin.

This song is about the phrase – “It’s Not You It’s Me.” It’s about being the “bad guy” and cutting ties with a relationship that isn’t right. It’s about knowing your worth, owning who you are, and cutting off people that don’t serve you well. Women are often categorized as emotional, crazy, foolish when they stand up for themselves. I  decided to embrace that persona and write this song from the perspective of a “crazy, heartless” woman “killing” off bad love.

Tell us about your new single, “No Prisoners,” and the inspiration behind it.

This is one of my favorite singles, written last fall (2020). At the time, we were all coming out of quarantine, and I was dating new people and meeting new friends. The song was inspired by an experience that really rattled me, but led to some big and necessary personal life changes. It taught me to grow thicker skin, speak up for myself, and support women on a whole new level. There’s a lot of talk about women being “crazy or over-emotional” when simply they are sticking up for themselves. If the roles were reversed, it wouldn’t be an argument, and that’s sometimes sad to realize. I decided to play on that idea of the “crazy” woman, embrace that persona, and write a song from her perspective.

I wrote the song with my closest writer-friends Anna Kline and Austin Cannon. I’m super lucky because I feel incredibly open with him and am able to share things about my life in complete confidence and comfort. We wrote the song in about an hour or two. I came into the session ready to go and energized that morning. Six months later, Austin and I flew to Norman, Oklahoma, where we met with Chad Copelin, a very talented producer, who took the track to a whole new level. We slept on the sofa in his studio for three nights and produced the track to what it is now.

Having had the opportunity to work with some great co-writers, share with us some of those experiences and what a co-writing session with Essy looks like.

I genuinely love co-writing because it’s a chance to see your song ideas in a whole new light with the help of other talented writers. I usually come into the studio with a pre-meditated idea of what I want to write about. I’ll talk about it for a second in the room and then just start spewing lyrics into open air or onto a google document. We usually have a phone voice recorder rolling, so we don’t miss anything said. I will often pace around the room just shouting lyrics and lines; it’s hilarious to watch. I am also very into production, so I will often help the producer get the mood going by laying down keys and synth ideas. Overall my sessions are usually a very collaborative, personal space.

Springsteen, Coldplay, Robyn, Bruce Hornsby. Kinda all over the place, honestly. I grew up on ‘80s rock and some of the classic stuff and then listened to whatever was popular growing up. It blended into a love of ‘80s leaning pop music.

Really into alternative pop music. Bands like Valley and artists like Julia Wolfe and Elio have caught my ear lately. There are some amazing smaller artists out there, and I can’t wait to watch them pop off.

I just want them to feel a sense of confidence and empowerment. Lately, I’ve been finding my voice as a young woman navigating an entire music industry. I tend to write a lot about my experiences in business and in my personal life—both of which can be complicated and difficult at times. I want to share lessons I’ve learned along the way, especially for young women learning to navigate their own lives.

With the release of “No Prisoners,” might we expect an EP or album in the near future?

In the studio working on my first album right now. This is the first single from this album and the kick-off of several singles to come into 2022.

About Essy courtesy of artist: