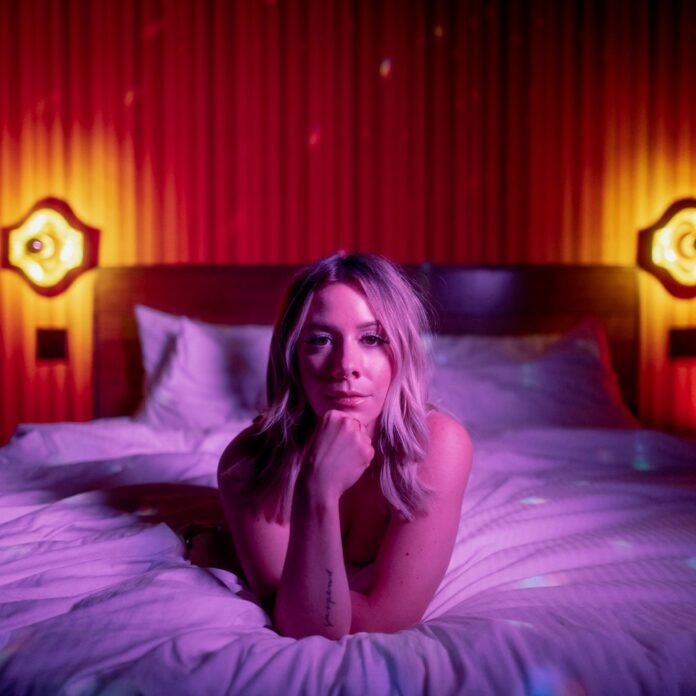 Artist, songwriter and producer Ellery Bonham first emerged in 2014 with High & Low, a viral debut that harnessed millions of streams and opened the door to network television shows like Power, The Gifted, and MTV’s Faking It. Since her viral debut, the Rhode Island native has continued to appear on Spotify’s Viral Charts and New Music Friday playlists, accumulating over ten million streams on digital platforms. She has been recognized by Billboard, V Magazine, Entertainment Weekly, Shazam’s Future Hits Playlist and Nashville Lifestyles ‘25 Artists Buzzing This Year.’

Bonham writes and co-produces her music which allows her the flexibility of pushing traditional genre bounds of R&B, pop, and alternative styles. Primarily a vocalist from an early age, her intimate and sophisticated lyrics, and melodies have often been the point of true connection with fans.

Bonham’s dedication to authentic stories and emotions has captured both listeners and collaborators to genuinely know the writer behind the music. Her commitment to executing an honest, first full-length album spared no exception. After a much-anticipated wait, Quarterlife Blur began rolling out in Spring of 2021 with her first single, “3 Years” ft. Deante Hitchcock landing on Spotify’s New Music Friday. 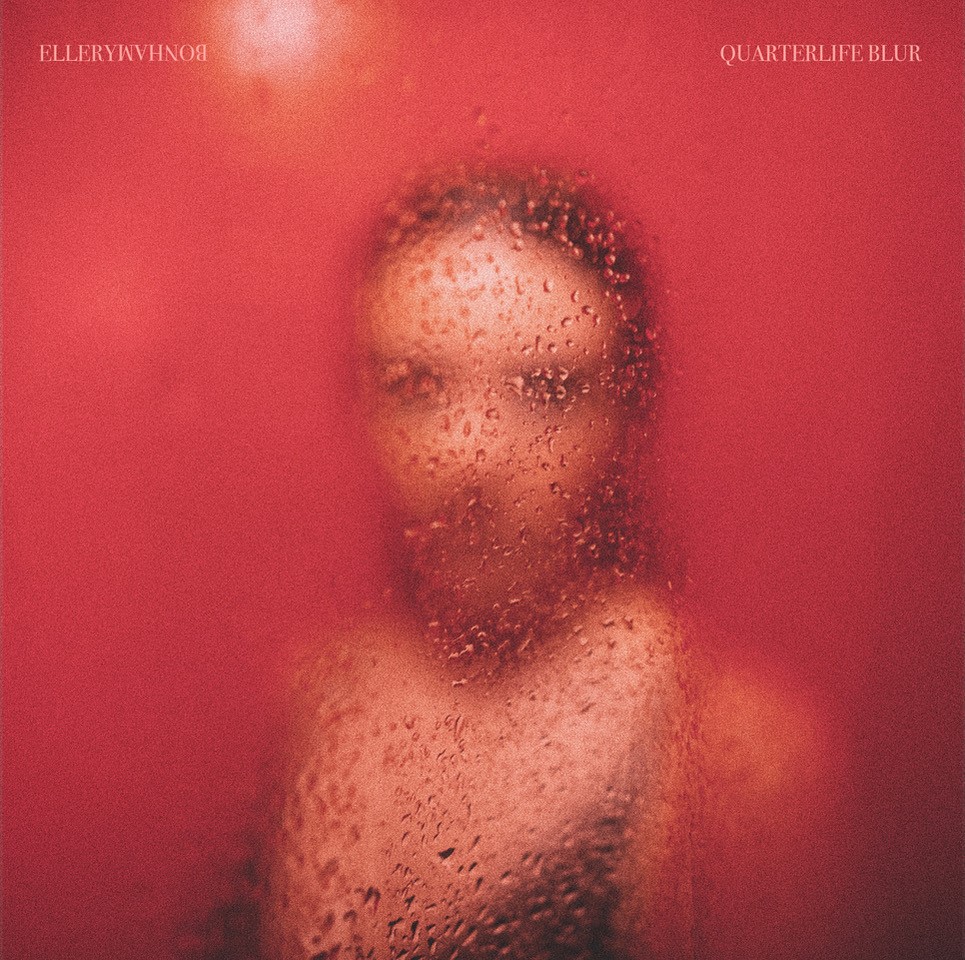 Quarterlife Blur is your first full-length album. Share with our readers the inspiration behind the music.

I started writing for this album back in 2017, but I was only experimenting with ideas, and I had no themes or timeline for my demos. It was in that year I had a major breakup and signed my first label deal, so I felt like I had a lot to say at the very time I was being given the opportunity to say it. That’s when I met and worked with a lot of different writers and producers and really found my core group of collaborators for this project. This album took three years to finish, and the life I went through during that time directly impacted the themes and influences on the album. Each song is like a separate chapter of going through the stages of grief, coming into my own, and learning to rebuild my life after so much loss and uncertainty.

You write and co-produce all your own music. What does this mean to you in releasing music that is meaningful to you?

I never expected to get into producing, but I always liked being involved in the process when working with other producers, so I guess it makes sense that I eventually opened that door. I started learning out of necessity, I think. I usually need a lot of time to play and experiment with ideas before committing to something that feels like me. That’s hard to ask of a producer who’s giving you their day and wanting to leave with a finished song. I think being able to produce my own demos has created a way for me to express myself freely and spend the time I need to feel connected to an idea. I love knowing that most of my album was built upon those hours I spent alone working on seeds of songs. It just makes this album feel that much more like a true extension of myself.

What was the songwriting and recording process for Quarterlife Blur?

Incredible, but hectic. The album took all of 2018-2020 to write and record between Nashville and New York. Most of Quarterlife Blur came from ideas I started alone and brought to collaborators to help me finish to varying degrees. Some songs like “Supermagic,” “One Night,” “Eternal Sunshine,” and “Love You Better” only had a hook or two, but I had no idea where to take them. Others, like “3 Years,” “Wound Up,” “Roosevelt,” and “Summertime” were nearly finished sketches that needed major TLC in production or help with lyrics. “Another Boy” was a rare case of toplining with another writer, and “I can’t love you anymore” was the only one that started from the ground-up as a co-write.

I think the biggest hurdles for this project were maintaining momentum over so much time and keeping so many different people, schedules, hard drives, and locations organized. Not to mention, the week I needed to hand in the final two songs to mixing/mastering, Nashville got hit by a huge tornado, and I was out of my house for a week. I ended up comping and editing those vocals from a hotel room in headphones in order to get them handed in on time. Once masters and paperwork were finalized, we then needed to navigate shooting the album art/videos throughout the pandemic and one of Nashville’s worst ice storms in history. This team is relentless, though, and I think by the end, we sort of just laughed and had an attitude of bring it on, what else?

You’ve collaborated with quite a variety of artists on the new album. How did the collaborations form, and what did each bring to the project?

I really did. I was able to meet a lot of people through the Sony/Sony ATV family, like !llmind, Corey Chorus, Swagg, Nobu, KP, TOBi, and Deante’ Hitchcock. Others like Tofer Brown, Curt Henderson, Emily Kopp, Ruby Amanfu, and Sam Ashworth were people I met through the Nashville friendship/networking web. I can’t express enough how much I adore these people and how grateful I am for their time and belief in this project. Most of them saw me wrestle and grow with this album and stuck by me through a lot of indecision and re-working of ideas.

!llmind, Swagg, and Tofer are producers who know how to get a level four session to a level ten. They’re so seasoned in diagnosing what’s working and what’s not, and I felt relieved every time they got their hands on one of my songs. Tofer, Emily, Corey, Sam, and Ruby are really talented and experienced writers, and I adore how tender they are in a songwriting room, putting people first and the work second. When you have writers looking out for each other like that, the songs just come out naturally. Corey was also a vocal producer on this project, and he is SO much fun to find creative melodies and parts with. He’s an unbelievable singer and has the best instincts to capture the right vocal take. Tofer and Curt are my freak-talent music guys. I love giving them the ropes to see what weird or unexpected things we can do with chords or arrangement, and they’re a huge reason this album is as colorful as it is.

Connection. As much as these are my own stories, I think everyone experiences very similar feelings in life, no matter how big or small. There’s nothing that means more to me than someone saying they connected with one of my songs, and I think that’s all the motivation I need to keep writing from an honest place.

I was obsessed with singing as a kid, and thankfully, my parents put my sisters and me in musical theatre when I was four. I loved everything about the community, the rehearsals, the rigorous practicing, and performing, which ultimately led me to take voice lessons when I was 12. That’s where I really learned who to study and how to channel self-expression. I didn’t write my own songs until I was in college, though, and that’s something I wish I had started when I was younger. It took years of writing songs in my dorm room to get comfortable and familiar with my own voice, and eventually, I started my artist career when I was 20.

Stylistically, I would say my influences really started with Stevie Wonder, Ella Fitzgerald, and Amy Winehouse. When I was learning to write songs, I turned to artists like Imogen Heap, John Mayer, Sufjan Stevens, and Banks. The more I’ve leaned into R&B/soul, the more I’ve gone back to classic songwriters, gospel music, or some old Keyshia Cole, Brandy, and Erykah Badu records.

Now that the album is released, do you plan on touring to support the release?

I would LOVE to. I think getting an opening slot for someone would be ideal, but either way, I know I’ll be booking one-off shows in 2022. I played a show in Nashville the week before my album dropped, and I remembered all over again what it felt like to sing to people instead of a screen. It was such a rush of fulfillment and made me realize how important it is not just to release this album on the internet but to share it in a live setting for a really connective experience in person.