Home Interviews One 4 the King: Nancy Wilson tributes EVH on album ‘You and... 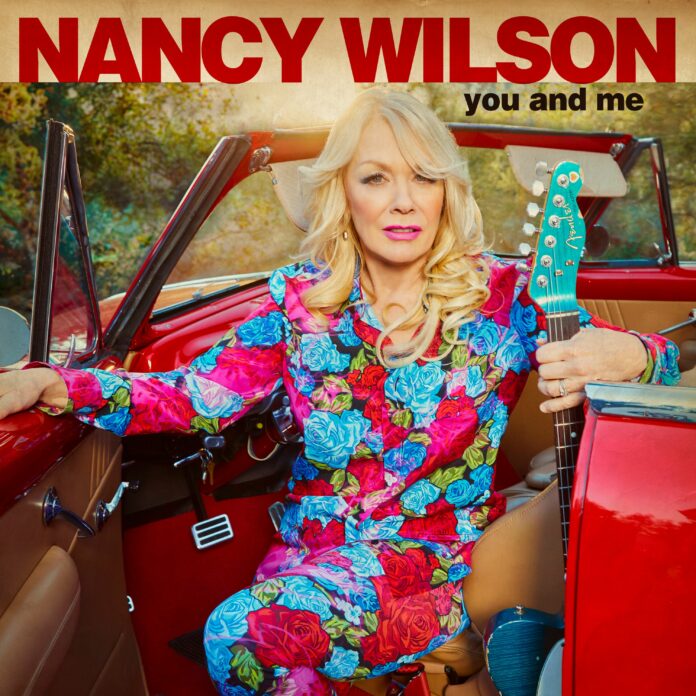 Back in the day, Nancy Wilson crossed paths with Eddie Van Halen and tells the now legendary story of gifting Eddie one of her acoustic guitars.

There’s been a definite void in the music community since Eddie Van Halen passed. The man who changed electric guitar forever—from his innovative mod work to his trail-blazing technique and songwriting.

When Heart toured with Van Halen in the late ‘70s, Wilson remembers Eddie complimenting her acoustic playing. “I said, ‘Well, you don’t ever play acoustic, do you?’” And he goes, ‘Well, no. I don’t have one.’ I was like, ‘What? You don’t have an acoustic guitar?’ So, I gave him one of mine because I had an extra one lying around. Then, before dawn the next morning, he rings my hotel room and plays this amazing, beautiful piece of instrumental acoustic music that was kind of rock, and kind of classical, and kind of melodic, and definitely really beautiful. I like to tell that story because it’s pretty sweet.”

So, where did that elusive early morning music end up? It’s a mystery.

“The music has got to be somewhere,” she surmises. “I think it’s going to be unearthed somewhere along the way in his massive body of recorded work. Hopefully, it will be uncovered.”

“I decided to write an instrumental for my new album called “4 Edward,” and it’s a tribute to Eddie Van Halen. I thought I would write something to tribute him because he was a sweetheart of a guy and, of course, he invented a whole thing that nobody else could ever, ever do, only he could do. And everybody tried, but nobody really caught that spirit like he did. And the fact that he’s no longer with us, way too soon, so I figured it’s the perfect time to do an instrumental. I love it. I’m not sure where to place it in the sequence quite yet, but it could be the very last song even, which might be nice.”

Nancy played her signature Martin for the all-acoustic song, which is a vivid, expertly played piece infusing classical elements over an ever-present warm tone. An exceptional tribute worthy of the guitar legend. “I planned the part out and plotted it (in my head),” she says. “If you have an ear for music, you can get a lot down without even playing.”

A good ear—a talent she shares with the late virtuoso known for his impeccable ear.

You and Me Tracklisting