Paris based singer/songwriter, Pamela Hute recently released her third album Highline under her own independent label My Dear Recordings.  The album features 11 synth-pop songs which include two previously released singles “Fool You” and “Banshees,” and is a follow-up to her EP Today which was released in 2016.

Highline was recorded with Jay Pellicci (Dodos, Avi Buffalo, Sophie Hunger, Sleater Kinney) between Paris, the Dordogne, NYC and San Francisco and was inspired by a long trip to California.  John Agnello (The Kills, Sonic Youth, Cyndi Lauper, Dinosaur Jr.) who mixed Hute’s 2013 album Bandit, called her “the queen of the pop hook” and says she “excels at synth-pop and jangle, guitar rock.”

Several of my favorites on the album were “All I Say,” “Summer Of 75” and “Nothing To See” with catchy lyrics and melodies. The album is mixed with a collection of dreamy acoustic songs like ‘Stick Around” to harder-driven rock songs like “Getting Old” with lots of guitar mixed in.

Pamela filled us in the inspiration behind the album, her band, and her collection of vintage guitars and vinyl records.

You recently released a new album called Highline which was inspired by a trip to California. Tell us about that trip and some of the experiences that inspired the songs on this new album.

I believe Highline is my most personal work. I traveled a lot, mostly to USA, NY and San Fran, and had to deal with a lot of changes in my personal life: love, interrogations, failures, hopes and dreams… I spent two years writing and preparing the studio recording while I was trying to fix myself up. Make the record was how I repaired myself I guess …

For our readers that are not familiar with you, describe your music.

I love melodies, so my music is somehow pop. But I love guitars, too… so it’s also rock. I’m trying to write good songs with catchy melodies, but I like up tempo stuff. When I was a kid, I listened to a lot of brit pop: Blur, Elastica, Sleeper… but was also fascinated by Nirvana and Sonic Youth… I never stopped listening to the Beatles, or even soul from the ‘60s (Otis Redding, Sam & Dave…). I guess my music is a mixture of all that, with my own personal touch?

The band is new for this album, too, isn’t it?  How long have you been working together?

I’ve been playing with Ernest, the drummer, since the very beginning of the project, almost 10 years. Pierre the guitar player is playing with us since 3-4 years maybe? And Eva the bass player since 1 year.

The live band is recent, but Highline was made with Delphine on bass and backing vocals. She also co-wrote “Banshees” on the record. So, yes, there was a little turn-over in the past years, mostly for practical reasons and it all happened flawlessly. The idea for me was to get new people involved and get different opinions on the songs, craft a new sound, and start a different adventure.

The album was recorded between Paris, Dordogne, New York City and San Francisco. Why was that and how did you handle the logistics for gear, recording equipment, etc.?

I did most of the demos in France, between Paris and la Dordogne, where I have a nice home studio. We didn’t move that much. We rehearsed in Paris and prepared for the recording. Then we went to the country for 10 days, rented a truck and a bunch of gear and that was it! I went to San Francisco – Oakland for the mixing in Jay Pellicci’s studio. It’s pretty easy to record demos with a laptop and a decent microphone. The last song of the record “Run Through The Storm” was recorded in Paris in an afternoon with the shittiest gear ever. But there is something about it. So, we kept it that way…

Not only are you a musician, but you’re heavily involved in the business side of the industry with your own record label My Dear Recordings. Share with us a little about your record label.

After releasing two records on a regular label, the story ended and I had to find new options. I had this idea of setting up my own record label a while ago, but I didn’t really want to start the adventure alone. I was lucky to meet Julien Le Nagard a year ago, a musician, and now friend, who was at a similar point in his career. It was obvious that we had to start a label together.

I believe we can’t really rely on the usual industry standards anymore, so it’s the only way to go. Artists have to learn to do a lot more than just write songs. We have to use the networks the right way and understand how the business behaves in order to make the right choices and avoid mistakes. I think it’s part of the job.

Our label is just a common home for artists that have the same vision. We share our experiences with younger bands, we welcome older bands that need a new push, discover new artists… I’m constantly learning as a label owner, but it’s very exciting. The idea is to keep the artist totally free, help him learn quickly, and offer a solid frame. We’re trying to offer fair contracts, too, and keep a transparency policy on the royalties. We want to renew the relationship between the artist and the label.

What’s your background in music and when did you start playing guitar?

I had a band when I was a teenager, but I started music seriously (if it makes any sense!) almost ten years ago. I wanted to learn drums when I was a kid, but my parents suggested I should play guitar instead and I started taking lessons when I was 12. I wrote my first song as soon as I learned my first chord and here I am!

I understand you’re a vintage guitar and vinyl collector.  How did you get involved in this, and how many guitars and vinyls do you have in your collection and what is your most prized possession?

I have almost 500 vinyls (and it’s not getting better!) and a bunch of old guitars, yes. I just love old objects, they always tell a story. Vinyl-wise I have a lot of original Stax records, and it’s probably amongst them that I have some of my fav records. Maybe Otis Redding’s Otis Blue? It’s not rare, but it’s such a marvelous record. Guitar-wise it’s my Epiphone Casinon from ‘64. It’s a special guitar. I don’t know why, and how, but I’m pretty sure it belonged to one of the Beatles back in the days. Almost certain….!!!!

Will you be heading out on tour any time soon?  In particular, to the U.S.?

We are not currently touring, but we have a few gigs here and there until summer. We are working on a European tour in October and November that will probably make us travel to Germany and Switzerland. We won’t be touring the USA anytime soon, but I hope I can make that happen one day. 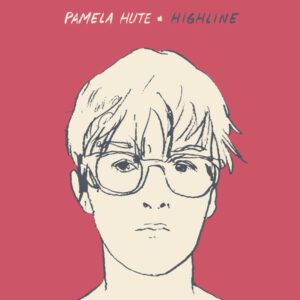 Brooke White: “We can all get together down in Calico” 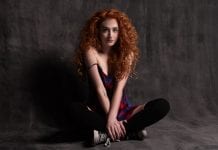