Róisín O grew up surrounded by music. As part of one of Ireland’s most prominent musical families, she had a headstart in recognizing and developing her musical talents from a very early age.

Following her 2012 debut album THE SECRET LIFE OF BLUE, Róisín O went on to release a number of successful singles, among them the originals “Give It Up” and “Warn Me of Silence” and her take on Sia’s “Chandelier,” which received over a million online views. In 2017, she formed the band Thanks Brother with collaborator John Broe, for which they built a large fan base and released a well-received debut EP in 2018, which included the singles “‘We Are Different,” “We Caught It” and “F*ck My Life.”

Additionally, Róisín has toured extensively in the U.S. as a support act and appeared on the bill with such diverse artists as Lionel Richie, Brad Paisley, and Brian Ferry. She was also part of the Irish Women in Harmony charity recording of the Dolores O’Riordan (of The Cranberries) classic “Dreams” to raise money for SAFEIreland, an organization that provides support for victims of domestic violence.  It reached #1 on Ireland’s Official Homegrown Chart and was Ireland’s most downloaded song of 2020.

Her brand new album, COURAGEOUS, grew out of the isolation of the pandemic lockdown and brought her back to her roots as a solo artist.

“This album has actually been about eight years in the making. Since my debut album, I’ve made a lot of different career moves, but in 2021, I finally decided to come back to my solo career as Róisín O. After writing the first single, ‘Heart + Bones’ in 2020, the songs just poured out of me, and the time finally felt right to release my second album. Releasing an album has always been a daunting thought since my debut, something I kept putting at arm’s length. The pandemic affected so many people in different ways and for me, it really gave me the time to take stock and reassess why I was doing this in the first place. I do this because I love performing, I love writing songs and I love seeing people connect with them or move them in some way.

“The title of the album ‘Courageous’ relates to the circumstances of the album’s creation as a whole. With this album, I really dove into the lyrics without much restraint, I wanted to explain to the listener exactly what was going on in those moments in a narrative that was direct. To me, it felt like people would be able to connect to that and connecting with the listeners is what’s most important to me. This album is an autobiography of the last few years of my life when I dealt with loss, heartache, breakups, lockdowns, growth, and ultimately, finding hope.” 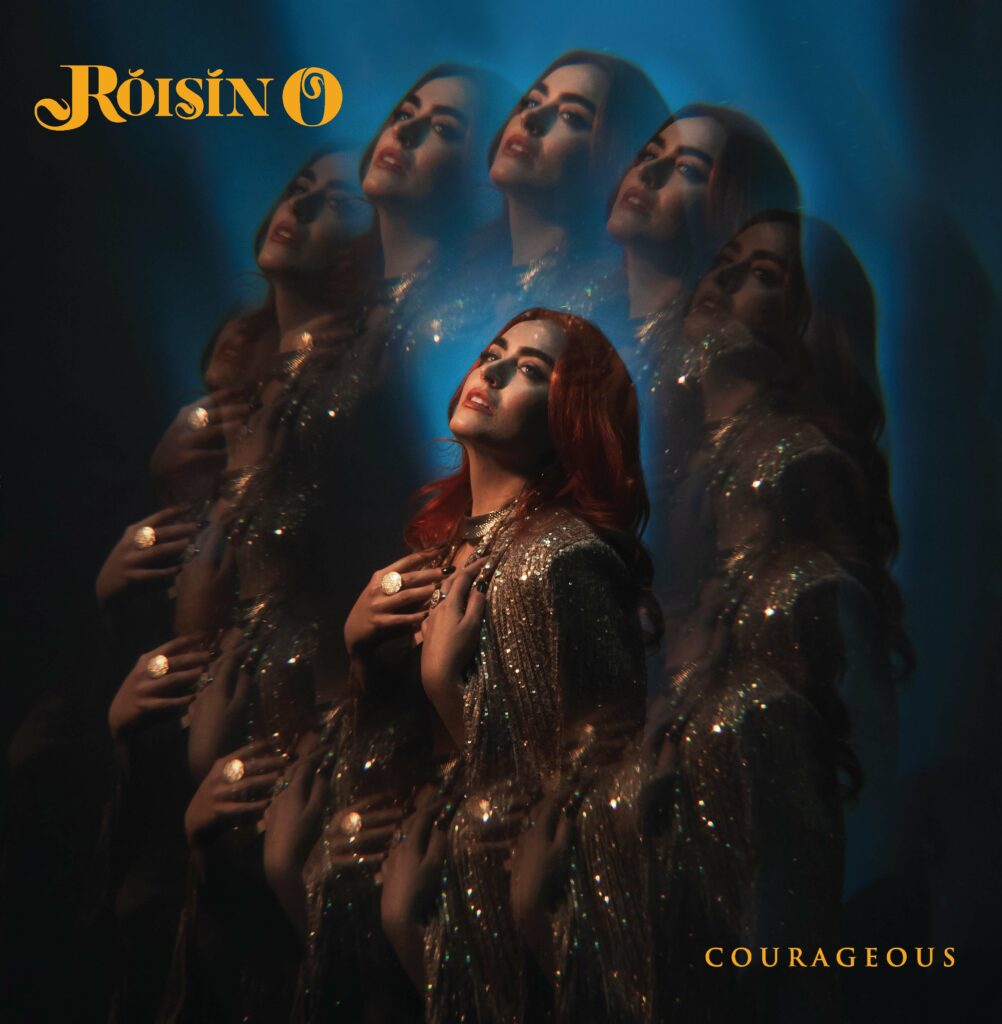 This album is a bit of a musical autobiography charting the last seven years of my life. I drew inspiration from my experience in that time; dealing with loss, heartache, breakups, letting go, and ultimately finding hope — it’s a chronicle of the things in my life worth writing about.

I wrote a lot of this album down in Dingle in County Kerry during lockdown. My parents have a holiday home down there, and I felt really lucky to be able to get out of the city (Dublin) into the countryside during that time. Myself and my brother Danny would spend long evenings leisurely writing songs at the upright piano in the living room. I recorded this album over a series of different sessions:  one in London with Eliot James, but mostly in Dublin over the course of the last few years with producers Philip Magee, Ruadhri Cushnan, Cormac Butler, and with Danny. Every session was different, but they all brought a laid-back feel to the studio, which I loved.

I hope they connect in some way to the sentiment of the songs and feel the better for it afterward. For me, making music is all about connecting with the audience, and if I can do that in some meaningful way, I’ve done my job right.

There were always guitars lying around my house when we were young. My brothers both played. Piano was the instrument I was more drawn to as a kid. It seemed easier to pick up quickly. I didn’t start playing guitar properly until my late teens/early 20s.  I think I was inspired a lot by Joni Mitchell’s Blue album. I still use a lot of her tunings.

I play a jumbo Takamine Tan 20. I do a lot of tunings around D, and I feel the bigger body guitars resonate better in those tunings. I’ve had it for YEARS though and am saving up for a Lowden, which are probably my favourite acoustics. I also play a Nord Stage 2, which is a great workhorse.

Definitely Haim — since they released their first EP, I’ve been a huge fan. I always try to incorporate those rhythmic melodies and energetic guitar chords whenever I can. Same with Arlo Parks’ bass line. But Joni Mitchell is still my idol. She’ll always be someone who influences me. She was so instrumental when I was 14 listening to her Blue album.

I’m currently touring around Ireland with my own band and will be joining The Coronas on their world tour later this year as their opening act.