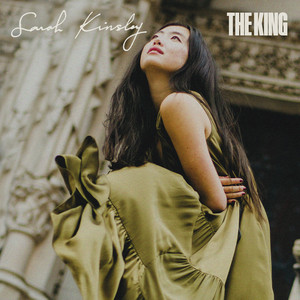 You recently released a new EP, The King. Share with us a little about the album — inspiration, songwriting and recording process, and what fans can expect?

It’s the ultimate tribute to youth. The EP was a storm of lyrics and harmonies that came out right before and after I turned 20 last July. I was terrified of the new decade, THE decade of a lifetime, to let go of the past peripheral of innocence and blissful teenage ignorance. Everything was spinning and changing and I needed to create something for myself, or rather, for the essence of myself I was leaving behind.

The songwriting process came as it always does for me: in bursts and blossoms of inspiration. I’d be sitting by my window, driving in fields, feeling my feet in the sand, staying up to watch the sun, dancing in the rain. Lyrics came and went, and the ones that were the truest seemed to stick with me. I think the process really began to weave itself together across songs as I continued to live life up to that day of turning 20.

The recording process was the greatest thing I’ve ever done. Four of the songs were produced right here in my bedroom, either at my parent’s home or here in New York. “Karma,” sparkling synths in the summer, came so freely. That song was so perfectly simple and delicate and had such potential to grow beyond just indie pop. “Over + Under,” as I hit my furniture and cups on my table. That was the most exciting song to produce — I was creating sounds that were entirely my own. No one could recreate exactly what or how I had done it. “I’m Not A Mountain” was days spent in front of a microphone, layer after layer of improvising the violin and viola parts as I was recording. “Caught Up In A Dream,” elegant and raw, just me, a mic, and a grand piano. “The King” was an incredible experience that I was lucky to have with producer Jake Aron. Two days, ten hours each, in his studio in Brooklyn, experimenting with sounds, doubling vocals, and bouncing ideas off of one another as the song grew and grew and only got bigger. I loved every bit of the process of making this EP.

It would be sacrilegious to choose just one. They all speak for me, these singles on the EP. They collectively tell this journey, this path to becoming the King. I love the way each track is aligned and placed on the record, especially “I’m Not A Mountain.” She lies at the middle of the album, undoubtedly at the centerpiece of the whole. That song is probably the most raw, most intimate I’ve ever been in music. It’s a cry of release, of accepting doubt and pain and flaw and selfishness and everything that makes me not a mountain, but human. I really love having that song placed in the center of the EP.

My biggest wish when I’m making music is that a record evokes something in you, it strikes something in your core, in your soul. That feeling is divine when it happens, it’s like we’re speaking directly to each other. And then suddenly the music is more than just me, it’s more than an artist and an audience, it’s a language, it’s our little secret. The thing is though, I’m not sure what that message exactly is. I think that’s the beauty of it. We listen to this music and live our lives to it, and interpret it as we choose to. Maybe that’s the message – that the music makes us truly alive, it lets us come into that exact nature and core of who we want to be.

My first influences in music were classical composers. Chopin, Schumann (Clara!!), Debussy, Ravel. I played piano and violin in classical ensembles for a while until I began to branch into pop music, playing guitar and singing — but only in the shower at first. I loved writing lyrics and eventually that love for music, and creating music in general, exploded into writing and performing pop music. I love ABBA. Cocteau Twins. Carole King. Beach House. HAIM. Solange. Bon Entendeur. Men I Trust. Kate Bush. Sylvan Esso.

I started playing around the age of 12 or 13. God those first months were just full of blisters and pain. My go-to is either ‘J’ — my electric Fender — one from a collection designed by Jimmy Page. She’s beautiful. Or this Eastman acoustic guitar that I’ve had for years. She was my very first guitar.