Home Interviews Shawn Colvin Gets Some Help From Her Friends – “All Fall Down”... 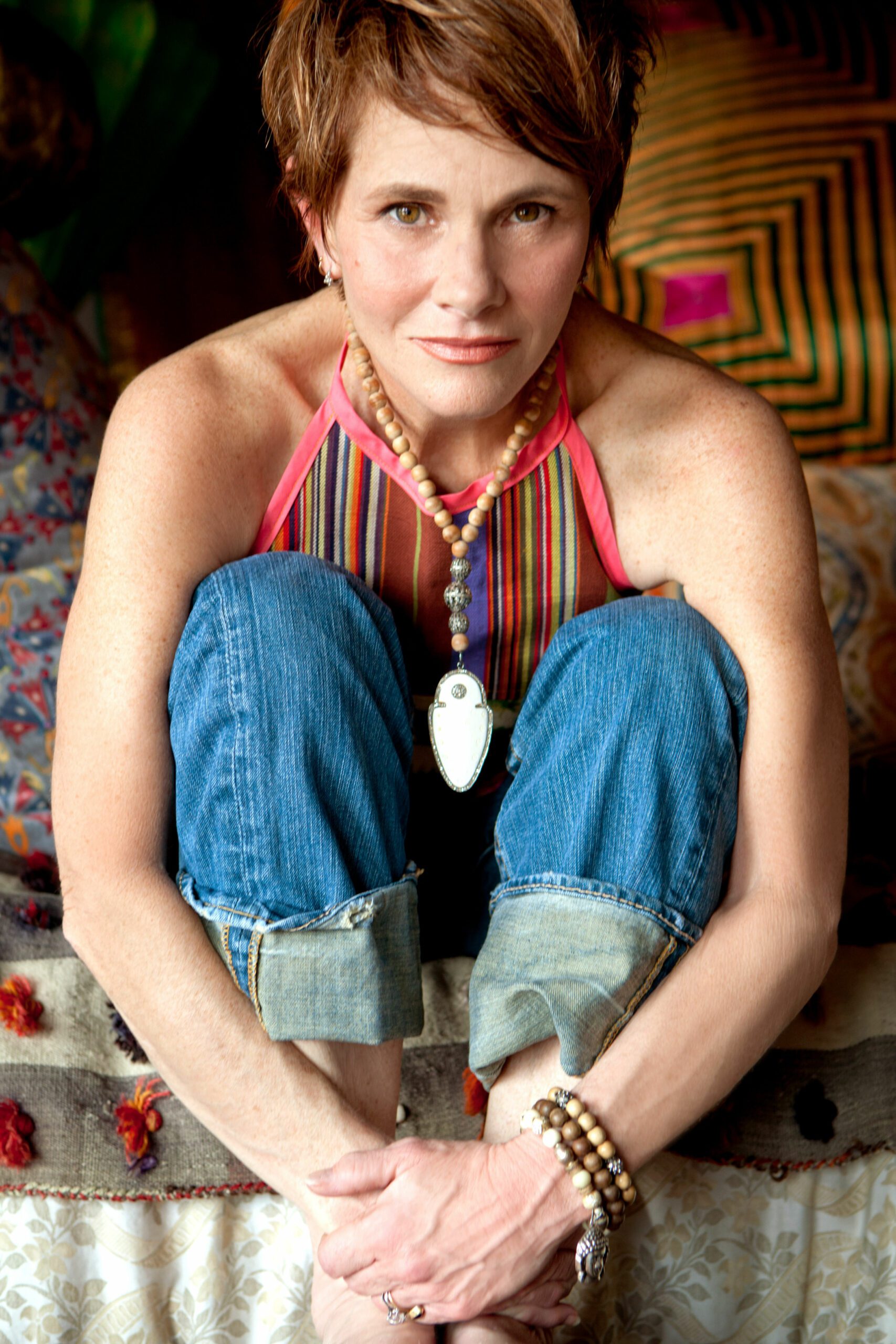 “It didn’t hurt,” Shawn Colvin said when asked whether the recent “Three Girls and their Buddy” tours spawned her latest album, “All Fall Down,” due to drop June 5 by Nonesuch Records.

After all, each of those collaborators turn up on the set in one way or another. She co-wrote “Change is on the Way” with Patty Griffin, Emmylou Harris lends background vocals to two sets, and most notably, “Their Buddy,” long-time friend and collaborate Buddy Miller, produced the set in his home Dogtown Studios in Nashville.

“I’ve known Buddy since the mid-70s,” Colvin said in a phone interview. “I was in a band with him in New York City in 1981. That’s the reason I ended up moving to New York. Miller had moved to New York two years earlier and started the band, which included Julie Griffin, who would later become Mrs. Miller.

“Country music at that time was very trendy, like Urban Cowboy,” Colvin said. “So he moved up there and started a band. But Julie didn’t want to do it after a while, so she left. So I got to replace Julie. Then Buddy left to join Julie after a year, married her and eventually settled in Nashville, and I took over the band because I needed a job.”

“I’ve always thought he was an incredible musician. When he started to produce stuff, I was always doing records with my usual producer John Levanthal, who is also fantastic,” says Colvin.  “Then I was reunited with Buddy and thought, why not take that a step further and do something a little different for myself. know love and trust.”

His influence on the record runs even deeper than the usual producer’s influence, which added “flavors that haven’t been on my records before,” Colvin said. “He put the band together, which included Victor Krauss, whom I know but he never worked on my records, and Brian Blade is an amazing drummer but more of a jazz player as is Bill Frisell,” she said. “And then there’s Buddy, of course, his guitar playing and singing, which I just love.” The songs were mostly recorded live, with very little over-dubbing, Colvin said.

“We just played the songs  and picked the best take,” she said. “In the case of a couple of solo performances like ‘On My Own,’ that was just one pass, so we worked in  a succinct and rapid way. We just let the energy move it, but the players are so awesome that was not a tall order.

“Buddy even influenced the choice of some of the songs. I did a cover song by Mick Flannery (“Up On That Hill”) that Buddy showed to me or I would not have known about that song. I do another cover song by Texas songwriter B.W. Stephenson (“On My Own”), and I first learned that song in the ‘70s when I first met buddy here in Texas, and there’s a song about New York written by a New Yorker Ron MacDonald (“American Jerusalem”) that I also did a lot back in the day when I lived in New York and Buddy lived there.

“And I know Patty because of Buddy,” she said. “Years ago, Buddy gave me this CD, acted like it was the end of the universe and it was Patty. I was listening to it in my car, and I had a big tour to do and I decided I wanted to take Patty on tour with me as an opening act. There’s all these little markers that intersect: People I knew through Buddy, places I’ve been because of Buddy,” she said.

Then there’s Emmylou, who brings her distinctive voice to two of the tracks, “American Jerusalem” and “Up On That Hill.” “Not only is she one of the best singers we’ve ever had, but that voice is just completely iconic,” Colvin said. Nobody sounds like Emmylou. It just is Emmylou and you can totally hear that on the two songs. I’m still pinching myself over that.”

Colvin said that she’s “not as picky or dogged” about the guitars she plays as a lot of other musicians, but she is pretty much a devoted Martin player, although she confesses to having played a Lowden for a while that she really liked.

“My first really great guitar that I bought for myself was a Martin D28 and I used that exclusively for years and years. Then Martin fashioned a Shawn Colvin model several years ago, so I got to give them specs on that,” she said. “I just told them that I wanted a little smaller body and that’s what I use now.” 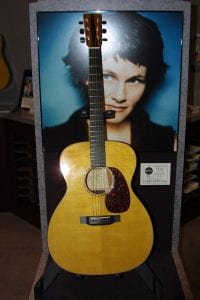 She first started playing guitar when she was 10 years old, first on a four-string mini-guitar with a thinner neck more suited for those young hands.

“I got out out a Mel Bay chord book and started learning chords. At some point I picked up a six-string and it was a fairly easy extension,” she said.

In the 22 years since the release of her debut album, Colvin has won three Grammy awards, released nine albums, maintained a non-stop national and international touring schedule and has had her songs featured in major motion pictures.

The release of “All Fall Down” coincides with the release of Colvin’s memoir, “Diamnd in the Rough” by HarperCollins.

According to the publisher, the humorous and deeply honest book “relates the experiences behind her best-loved songs in vivid color in this memoir. ‘Diamond in the Rough’ captures her years of touring cross-country in bands and vans full of guys; falling in and out of love; meeting heroes like Joni Mitchell; searching for her musical identity; and making friendships that would last a lifetime. It is also an unflinching account of Colvin’s struggles—weathering addiction and depression, learning to care for not only herself but also a child—and, always, channeling those experiences into song.

“In its pages, we witness the inspiring story of a woman honing her artistry, finding her voice, and making herself whole.”

For more information on Shawn Colvin, visit her website at www.shawncolvin.com.