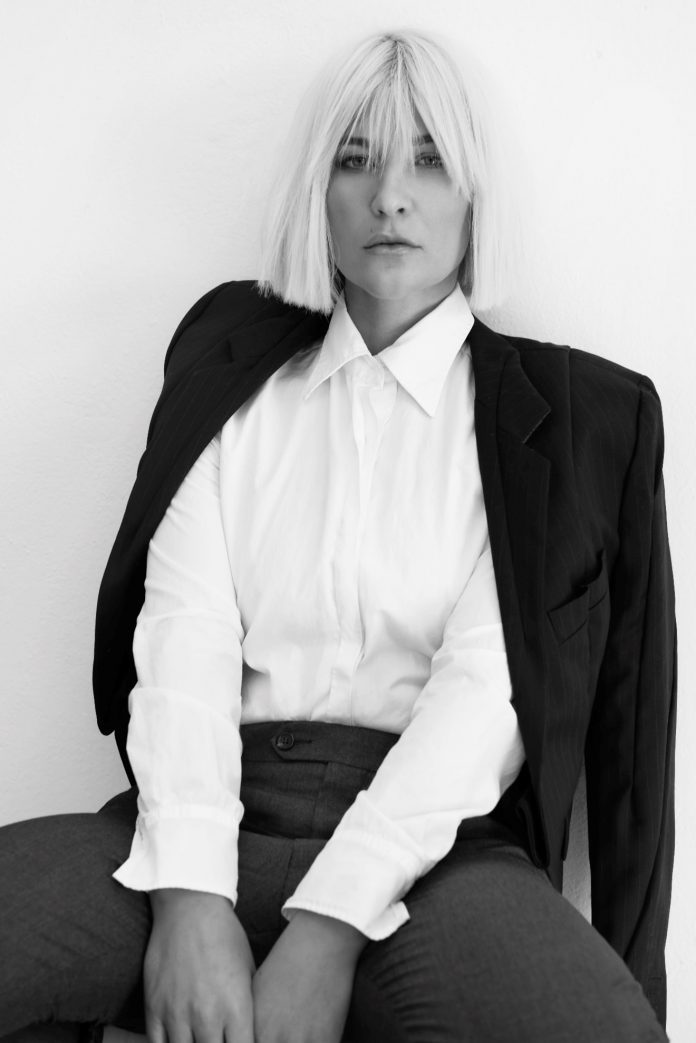 Los Angeles-based singer, songwriter, and producer Leah Haywood has been releasing new music under the moniker HAYWOOD over the last several months via Palm Tree/Sony Records with the first single “Cheers to Us,” which is a duet featuring Jackson Foote from pop duo Loote followed by her second single, “Backbeat,” which was released in June.

Haywood began her solo career with success in her hometown of Australia. She then moved to Los Angeles and shifted gears to write and produce for other artists alongside her husband/partner Daniel James through their Dreamlab Music moniker and on her own.

Haywood has achieved success as one of the few female record producers in the business co-writing hits and vocals and/or music producing for artists such as Justin Bieber (including co-writing “Off My Face” on his new album), Katy Perry, BLACKPINK, Nicki Minaj, Demi Lovato, Selena Gomez, and others.

We caught up with Haywood to find out more about her new music, the challenges and rewards she has experienced thus far, and what’s next.

You’re releasing new music under the name HAYWOOD. Share with us the inspiration behind your new singles?

I am! I’m drawing from my own life experience, from other’s experiences, and life observations—honestly, just a whole mishmash of things I’ve picked up along the way on my life journey. But I feel for the first time I’m able to make something truly authentic and unfiltered by doing it alone and not having other writers or producers in the room while I’m making it, which I’m absolutely loving! 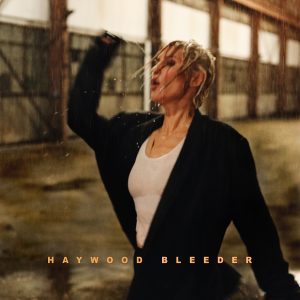 Can you give us some insight behind the meaning and inspiration for your latest single, “Bleeder?”

“Bleeder” is a raw, heartbreaking look at abandonment, unrequited love, and really just feeling at your lowest low. It’s about a dynamic of love that isn’t being returned and how painful that can be. But I never leave my songs in that zone without some kind of moment of breakthrough. I’m not dark just to be dark. There’s some kind of triumph by the end of the song, like this release of having your eyes open and seeing the truth in the situation.

When I’m writing for myself, it’s usually pretty quick. Most choruses have come as a fully realized idea on the edge of sleep, or driving, or whatever, and then I work backward from there. The whole reason I did this project is exactly because of that. It just started pouring out, and I couldn’t ignore it.

“Cheers to Us” is a duet featuring Jackson Foote from the pop duo Loote. How did this collaboration come about?

I love Jackson and have worked with him and Emma for a while now writing for other people. I wrote the song and heard it as a duet, and I love his voice. He heard it and said, “sign me up.” It’s wild, and I’m so grateful he jumped in with me as a brand-new artist!

Also a producer, how did you get involved in producing, and do you play any musical instruments?

I’m classically trained on piano, I play guitar (enough to get by, lol), I drum program, etc. I’ve always produced; I got my first hard disk recorder and started recording as a teenager, so it’s always been in me. I think somewhere along the road, I got really comfortable with collaboration because you share the heavy lifting. But for my project, in order to really execute what I was hearing, I knew I had to be the only one in the driver’s seat. I’m proud of myself for taking the chance and trusting my instincts.

As the sole female producer on Justin Bieber’s Justice album with the song “Off My Face,” how did that opportunity arise?

That song was written about a year before Justin heard it. We had pitched it around, and no bites whatsoever, lol. It’s wild. You kind of have to think very philosophically about songs getting placed, because it’s almost like they find the right home at the right time. The artist has to be in the right headspace to receive it, and their whole team has to be as well, as they solicit all the material that comes through them. It got through all the channels, and then we got a call asking for files because he was cutting the song the next day. In this business, you wait forever for a suddenly.

You’ve written and produced with a long list of artists; is there an artist or band that you’d love to collaborate with?

When working on your own projects as opposed to collaborating with other artists, do you approach the process differently?

Very differently. I think I’m a little more filtered when I work with people. You kinda wanna get through the s–t ideas in your head before they come out of your mouth. And even then, I might think I have the best idea in the world, and the rest of the room might be “nahhhh.”

My project has no boundaries or formulas to check. I’m doing whatever feels RIGHT and not questioning it, and no one is telling me no! Lol.

With the number of female producers being so low in the music industry, in what ways can we get more women involved in this field?

I think, honestly, just start making tracks. It’s not expensive to get a little setup and lay down ideas. Hit other writers up on the gram; get on SoundCloud and network. You have to have something to show; and something good for other people to wanna get involved. Good talent always shines through!

Share with us some of the challenges, if any, you have faced in the industry and how you overcame them.

I think just remembering that it’s a marathon, not a sprint. The very wise words of my label president. And how true that IS! My first top 5 hit as a writer-producer took a long time. But if you persevere and do good work, the universe will reward you.

What about the most rewarding?

With the setbacks from the pandemic, do you think producing and recording will look different in the future?

I mean, I think most producers and writers were set up before the pandemic. There has been a huge shift to home studios, so most producers and writers I know were just business as usual, the only difference being the writing aspect was via Zoom. Writers don’t favor that, so we were back in the room as soon as the vaccines were available. I think the business side is forever changing, and the pandemic definitely magnified that. I also think the way writers are remunerated will have to change, or the industry is gonna get real small real quick.

Currently working on releasing music under your own name, might we expect an EP or album in the near future?

Yessss! Album late 2021/early 2022! I’ve got a truckload of singles still unraveling, and the album will drop somewhere in the mix! I’m so excited!!!