Incredibly talented singer, songwriter, and multi-instrumentalist, Mandy Rowden, filled us in on her latest album release, Parachute. As a skilled and accomplished musician, Rowden can be heard playing guitar, bass, mandolin, lap steel, piano, and violin throughout the record! Clearly, a forced to be reckoned with, Rowden took the past year of uncertainty and disappointment and crafted a comforting, peaceful body of work, meant to inspire hope and gratitude to all of its listeners.

Hi Mandy! Thank you for taking the time to speak with us about your latest album release, Parachute. Could you begin by describing the sound and overarching theme of this record?

Happily! I made Parachute during the weirdest year of most of our lives. While so many of us, myself included, struggled with a barrage of changes, unknowns, and disappointments, I dug deep for the things I found comforting, peaceful, and even triumphant during all the craziness and tried to channel it into this record. There’s hope, there’s love, there’s relief, and there’s the never-ending gratefulness I have for how making music can get me through the tough stuff. The sound is a mix of Neil Young guitar tones, my personal folk influences, some trippy Beatles-esque arrangements, and a roller coaster of ups and downs. 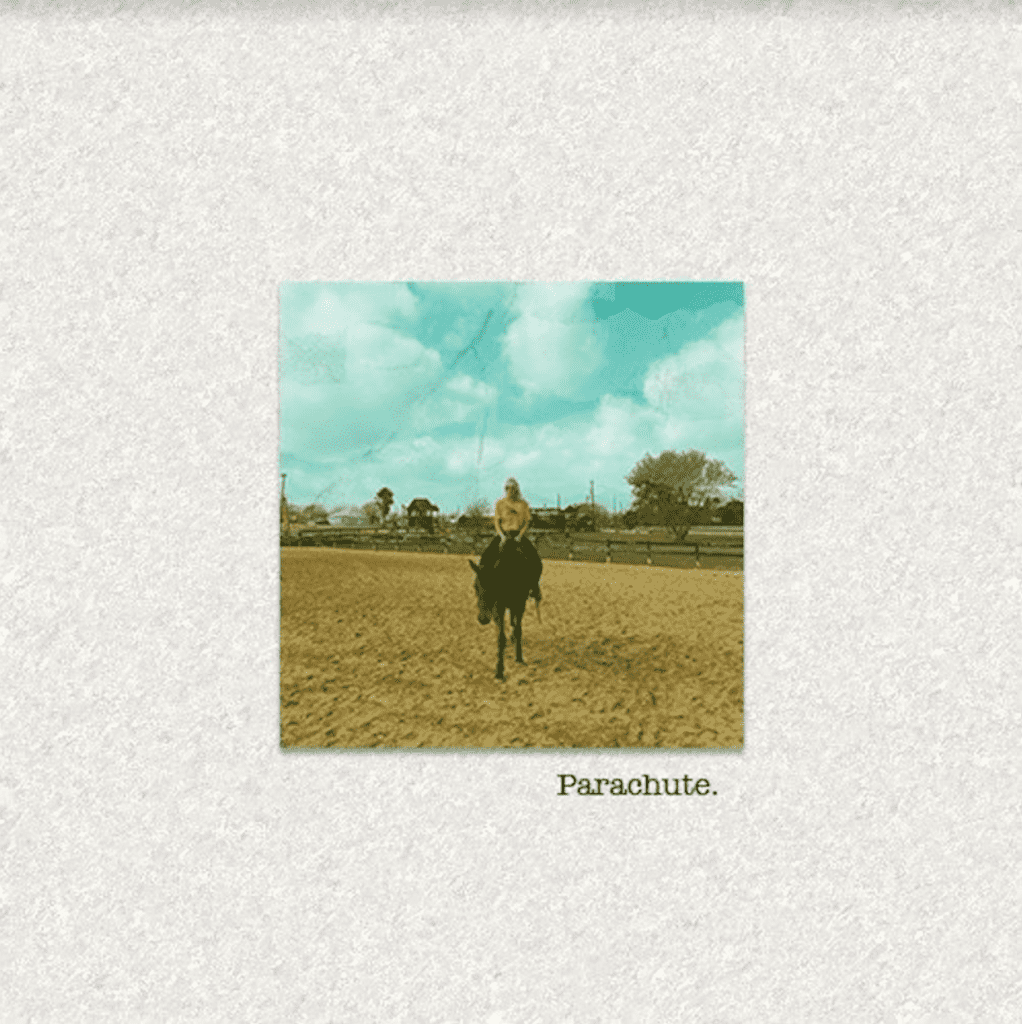 Has the pandemic impacted the writing, recording, or release of Parachute? If yes, how so?

Well, everything is weird now, and promotion of a record is no exception. I was hesitant to put this out, especially to utilize Kickstarter in the midst of everything. However, with some heavy-duty encouragement from my record label (Howlin’ Dog Records), I took the leap. During the third week of the Kickstarter campaign, my home state of Texas was knocked out by the snowstorm we dubbed “Snowvid,” and I momentarily lost hope for the timely release of Parachute. However, thanks to the best fans and friends on the planet, we ended up reaching our goal and more. It’s funny to see how art has won out in so many situations this year despite all odds, and I’m so grateful to be along for the ride on this one; even if it looks wildly different from any release I’ve had in the past.

How do you feel this album differs from those you’ve previously released?

There’s a peacefulness to be heard on this one that I didn’t write or feel on past records. I felt it while writing and recording, and it’s been commented on by fans and reviewers alike. It’s hard to pinpoint the exact change, but I’ve turned a corner in terms of confidence and contentment over the years. I think I knew, subconsciously, while making this, that nobody needed to hear anything angsty at the moment, and I took a more comprehensively responsible approach with what I wanted people to hear at this time. There’s a lot of hope in songs like “Sing Hallelujah” and “Peace Where I Used To Have None,” and I hope it falls on the ears that need to hear it.

Who were your musical inspirations for the warm yet gritty sound heard in Parachute?

It’s tough to miss the Neil Young in a few places on Parachute and fellow fans will pick it up right away. Lots of other names got thrown around while discussing tone, feel, etc., and the ones that come to mind were kd lang, Lucinda Williams, Sheryl Crow, Pete Anderson, David Grissom, Carly Simon, and The Beatles.

Could you describe the recording process for us? Where did you record?

I made this record with Matt Smith at Six String Ranch in Austin, TX. It’s a beautiful studio with nothing but good vibes, and I’d happily recommend it to anyone. We did have a wild experience trying to maneuver social distancing and masking while working together so closely. We were patient and had a lot of humor around the situation, though, and it was a great time. I’d do it again in a heartbeat.

There’s a lot going on here, but so much inspiration came from just looking for sanity in a crazy world.

What inspired the songwriting and lyrical content of this album?

Well, obviously, the pandemic played a part in songs like “Sing Hallelujah,” which I originally wrote for a front-line medical worker in Queens, NY, for a project I work closely with called Songs for the Soul. I broadened up the lyrics from the original version to be more inclusive, but it’s a message of hope during the turmoil of the times we’re in. “Dance All Night” is a tune about giving yourself a break when everything piles up against us, which seems to happen in varying dosages no matter what’s going on. Literary nerds like myself will catch the references to Kazuo Ishiguro’s Remains of the Day in “What Remains.” “Ghosts On The Arkansas” is about finding resolution after losing a cousin to suicide. There’s a lot going on here, but so much inspiration came from just looking for sanity in a crazy world.

How fun was it to write a Christmas song?

Very fun! I’ve written several at this point. I own a women’s guitar school in Austin, TX called Girl Guitar, and we have a yearly songwriting challenge to either write a Christmas song or donate money to a local pet rescue organization. Obviously, we mostly all write the songs and then still donate some money, and it’s just a big fun love fest for those of us that get involved in it. This particular tune was written en route from New York City back to Austin, which is quite literally laid out in the verses. I never really pegged myself for someone who would grow up to love Christmas music, but here I am! I’m also a wedding crier, which just goes to show that life is full of surprises. It was a joy to write, and it was a blast to record.

Considering you are a skilled multi-instrumentalist, we’d love to know what instruments you can be heard playing on the record!

I love bragging about it! I’ve always wanted to make a record that I play most or all of the instruments on, and this is the closest I’ve gotten so far. I played every single guitar, piano, mandolin, and lap steel track, as well as most of the violin and some of the bass. On “Christmas With You,” I even got to try my hand at cavaquinho, which was a first for me. Matt Smith, the producer, was a great coach and just kept shoving instruments at me, even when I balked or suggested another musician. It’s a record that’s just got a lot of me all over it, right down to all the harmonies, and I’m quite proud of it.

Lastly, we love the YouTube tutorial videos you’ve done for Elixir Strings! How/when did that partnership begin, and can we expect more in the future?

I got involved with Elixir after meeting some of those fine folks at NAAM in 2019. It started as an artist sponsorship, but with my teaching experience, they soon roped me in for some video tutorials, which I really enjoyed making. I love working with them, as well as playing their strings, and I hope it’s a partnership that goes on for a long time.