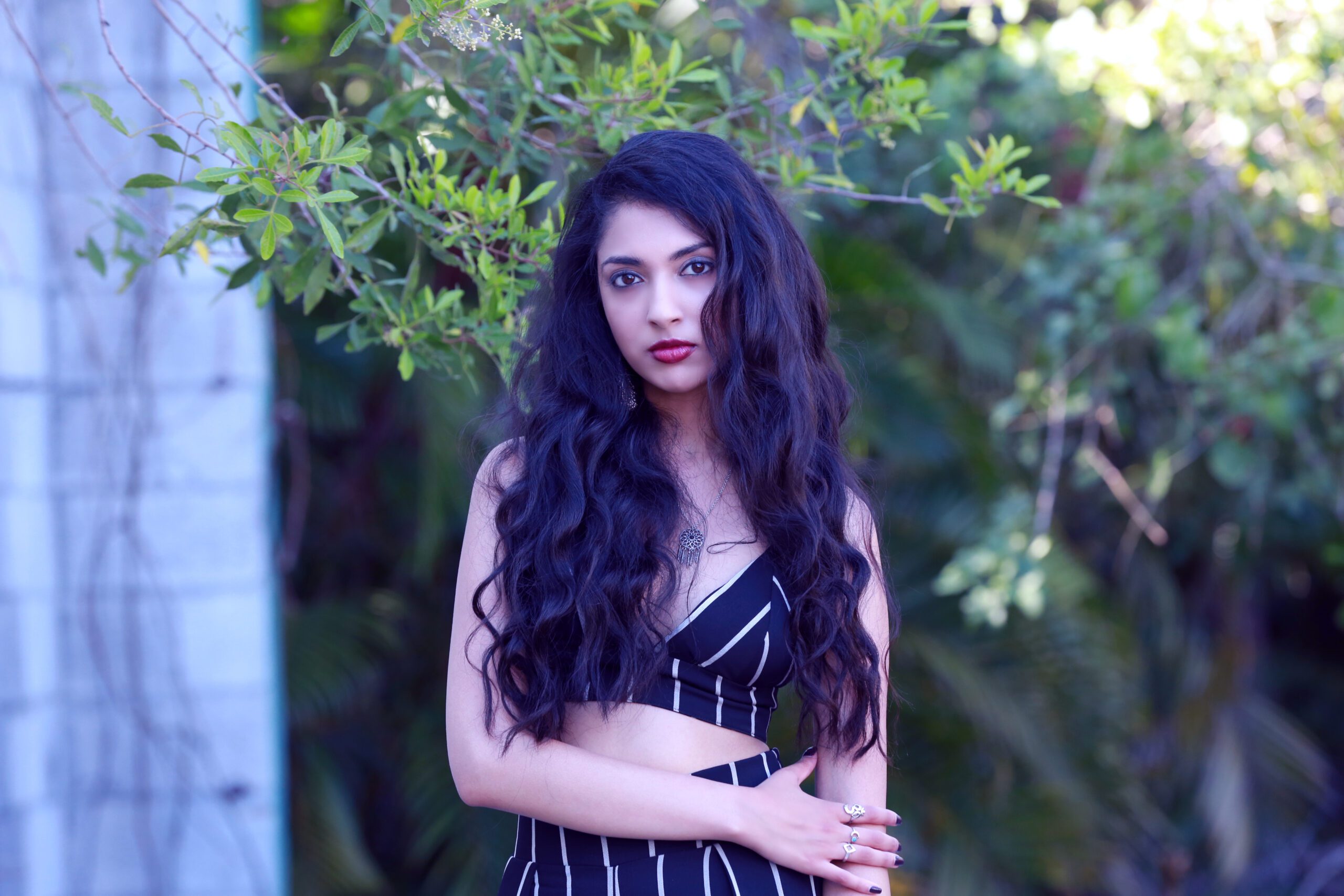 Singer and songwriter Sonali has returned to the music scene with a newfound ambition, after having struggled with health issues for awhile. With her return, she had developed an even stronger sound, adding synths and drum machines to her music.

Sonali’s passion with music began as a young girl, and over the years has evolved her sound to catch the ear of the prestigious Clive Davis Institute of Recorded Music at New York University’s Tisch School of the Arts, where she was invited to attend. While there, she studied and learned with some of the best musicians in the industry, including Questlove, Bob Power, Nick Sansano, and more.
Sonali has a recent single out, titled close enough, which can be streamed here. She also opened for Nick Jonas and Pitbull at Sunfest Music Festival in Florida. Her music has received press from popular publications like Buzzfeed and HuffPost, among others.
You fought an audacious battle with Lyme Disease, and won! Amazing and congrats! Going through that, how did it help you create your music and lyrics?
Sonali: Thanks! It’s an ongoing battle that I hope one day I will fully be able to conquer, but I’m definitely stronger because of it. I’ve learned a lot of lessons over the past few years because of this, probably the most important one being not to take my health for granted. It seems obvious, but for someone with my driven and goal-oriented personality, it was way too easy to disregard personal care and charge on full steam ahead. The past few years have taught me firsthand that drive to that extent is more debilitating than it is admirable- if you don’t have your health you don’t have anything. Chronic Lyme has really changed my perspective on a lot of things.
You also recently opened for Nick Jonas and Pitbull at Sunfest Music Festival! What was that experience like?
S: Absolutely amazing, it was a dream come true. SunFest was my largest show to date, and I really had no idea what to expect. It’s an outdoor festival, and the morning of it was absolutely pouring in true Florida fashion. I remember thinking there was no way anyone would come out to see a concert in this weather. But about 20 minutes before we went on, right as Sublime with Rome was finishing, the skies started to clear. I ended up playing for a huge and incredibly warm and receptive crowd, it was just everything I could have hoped for. I’ll always remember that day. I have some video posted on my YouTube!
Your amazing guitar skills are shown in your music video cover of Ed Sheeran’s popular single “Perfect.” What drew you to the guitar, and how long have you been playing?
S: Thank you! Ever since I started singing I had always wanted to learn guitar. After lots of begging my parents bought me my first one when I was 10 or 11, but I didn’t start seriously playing until I was in high school. I started out on electric, and bought my first acoustic during my freshman year of college.
Are there any other instruments you play or that you’d like to learn to play?
S: I dabble around on piano and drums, and since I can play guitar I can kind of fake my way through most stringed instruments, like bass, banjo, and ukulele. I wish I was a lot more proficient in all of those though! Other than that I’m really hoping to get my hands on a mandolin one day, and some sort of percussion. Getting a cajon would be awesome.
When it comes to the instruments you play, what gear do you use?
S: When I started out on electric guitar I would only buy ESPs, they’re such awesome guitars. When I’m playing electric now I predominantly use my Ibanez JEM, which looks as beautiful as it sounds 🙂 On acoustic I’m a diehard Breedlove fan, but I also love Martins. In terms of gear I find myself using a lot of Line 6 equipment, I just got a new multi effects pedal from them that sounds sick.
What’s next for you?

S: A lot more live shows, and getting back into the studio! I have a ton of new material that I’ve written over the last few years that I haven’t gotten to record yet. Seeing your songs come to life in production is one of my favorite parts of this whole process, so I’m excited to get that opportunity again.