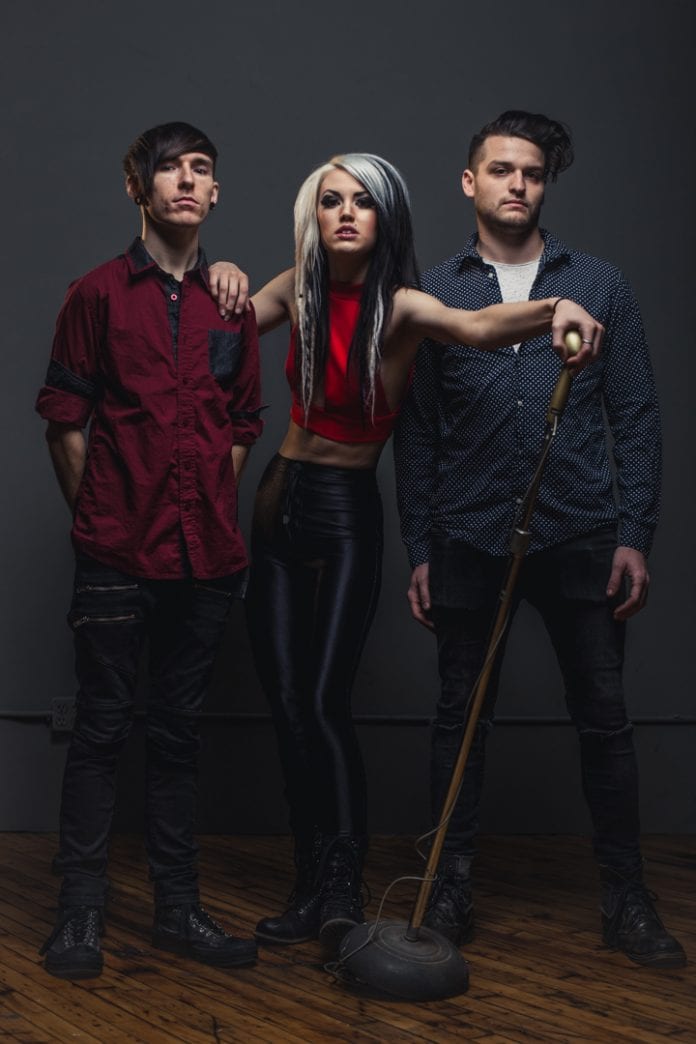 Minneapolis-based band City of the Weak is made up of band members Stef w/ an F (Vocals), Cody Hoffman (Bass), and Brent Lindblad (Lead Guitar). Started in 2012 by Stef, the band has released their sophomore EP Disclosure in 2014 and since that time, have spent countless hours on the road touring across the U.S. from New York to Los Angeles, with performances at Chicago Open Air, Northern Invasion, Vans Warped Tour, The All-Stars Tour, South By So What?!, Rock Fest (Cadott, WI), and EMG TV.

They describe their sound as “modern rock ‘n’ roll sound by combining catchy pop melodies with rhythmic riffs and moving bass lines. Like Paramore meets The Used & Falling in Reverse.” They are best known for their intensity on stage, as well as their big personalities off the stage.

GGM:  You spend a great deal of time on the road touring. How important do you feel touring is to connect with your fans – and gain new fans?

Stef:  Touring is everything when you want to connect with your current fans and gain new ones. Not only is our live show the best thing about us, but nothing really beats face-to-face interaction with people. We personally feel a lot more fulfilled when we can go out and hear people’s stories first hand and experience their lives with them. It’s why we are a band in the first place.

GGM:  A recent tour was the Blondetourage Tour with Scarlet Canary. Tell us a little about that tour, how it was started, cities visited, and if there were any particular “road stories” you would like to share?

Stef:  We were trying to finish our record at the time, so we didn’t plan on touring much at all. But when Scarlet Canary asked us to do a tour with them we couldn’t really say no. They are our tour BFF’s and we don’t like to turn down opportunities to have fun and play music. We did the west coast, everything from Portland to Fresno to Tucson and more. We were coming from the Adelitas Way Tour in Atlanta, and we were trying to make an overnight drive to South Dakota, which is 22 hours. Our van didn’t quite make it all the way, and we were stranded in Kansas City at the Mercedes-Benz dealership. Scarlet Canary drove 6 hours out of their way, missing our Montana date of the tour, just to come pick us up. They travel in a mini-van with a super tiny trailer, but they generously offered to cram all 8 of us in a 6 passenger van, and abandon our gear to use theirs. Instead of cancelling the tour or shelling out a TON of money to rent a van, we of COURSE accepted and did the entire tour in their rig!! It was so squished but it was an adventure we will never forget, and it was great to spend so much time with our favorite people!

GGM:  Your band is City of the Weak. When and how was the band formed?

Stef:  I formed City of the Weak in February 2012. I’ve wanted to do music professionally since I was little, so I moved to Minneapolis and formed the band I’d always wanted to be in.

GGM:  What’s your background in music and what inspired you to pursue a career in music?

Stef:  I have a very extensive background in music, I played classical piano for years, guitar, bass, lead a drumline, did studio work, accompaniment, teaching for 9 years, and I also have a degree in music. Music is the one thing that I actually connect with and understand, so naturally a career in music just felt like a good idea. I think way too many people settle for careers they aren’t passionate about, and I didn’t want to get stuck in a situation like that.

GGM:  For our readers that aren’t familiar with the band, can you tell us about your style of music and the band members?

GGM:  For song collaboration, how does the band approach the process?

Stef:  For our first two albums, we did live jams to write our songs. For the new record, we had the capability and technology to demo everything out. This way we were able to write each different part exactly how we wanted it, and hear how different pieces could work together in different ways. You can definitely hear the definition and maturity in the new music, and demoing our songs out had a lot to do with it.

GGM:  The single “Censor This” was released in October 2016.  It’s obvious from the title what the song is about, but tell us in your own words the meaning behind the song and your message?

Stef:  We were sick of being told what to do by so many people. We were tired of trying to fit a mold that we didn’t belong in. We were annoyed with people trying to squash who we were as individuals and as artists. One day, we just said “f**k it.” Let’s just do what we want to do. F**k everyone else. We started this band because we wanted to have a voice that mattered. We wanted to be able to speak to people from the heart, and empower them to live their lives how they want. So we decided to practice what we preach, and we spoke from the heart on this one. We decided to be honest. We decided to write songs about how we really feel, not how people tell us we should feel. We will always be trailblazers, because following others doesn’t work for us.

GGM:  The band will be releasing its first full length album in 2017. What can we expect on this new release?

Stef:  We’ve spent the last two years expanding on our sound, pulling the very best elements that make up City of the Weak and maturing them. People will be surprised by the new sound, but we promise that all of our old fans will be extremely happy with it, as well as newcomers to the City of the Weak Family.

GGM:  For such a young band, you’ve been able to garnish quite a few endorsements. Tell us about some of them.

Stef:  Endorsements are more or less just a partnership with different brands and companies, and we really enjoy working with lots of different people. EMG is one we are really close with, their artist rep Tommy is awesome! We flew to Santa Rosa two years ago and filmed a segment for EMG  TV, and they have the coolest crew there. It was really neat to see how the pickups are made in the factory, and to perform where legends have. Another one is Koalacore Clothing, an animal rights clothing company that feeds shelter animals with every single purchase. Their clothes are really creative and cute, and they do different clothing designs to promote each new campaign.  As a band we really love animals, so it rocks that we can help a good cause. We partnered with  them last Christmas for the ‘No Pupsicle Project” and donated a ton of blankets, food, treats, waterproof tarps, and fulfilled lots of wish list items for shelters in the Midwest. Every year during Warped Tour we always come out to help work the booth and promote. Whenever our fans tweet or tag me with their new Koalacore shirt it makes me ecstatic!!

Official Music Vidoe for “Censor This” 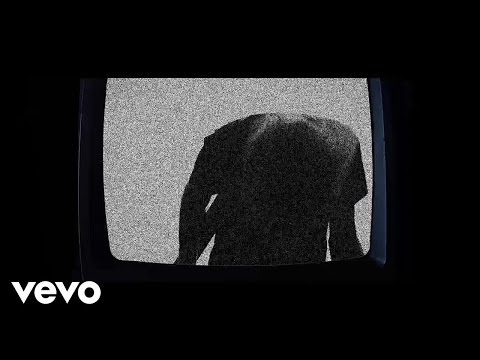