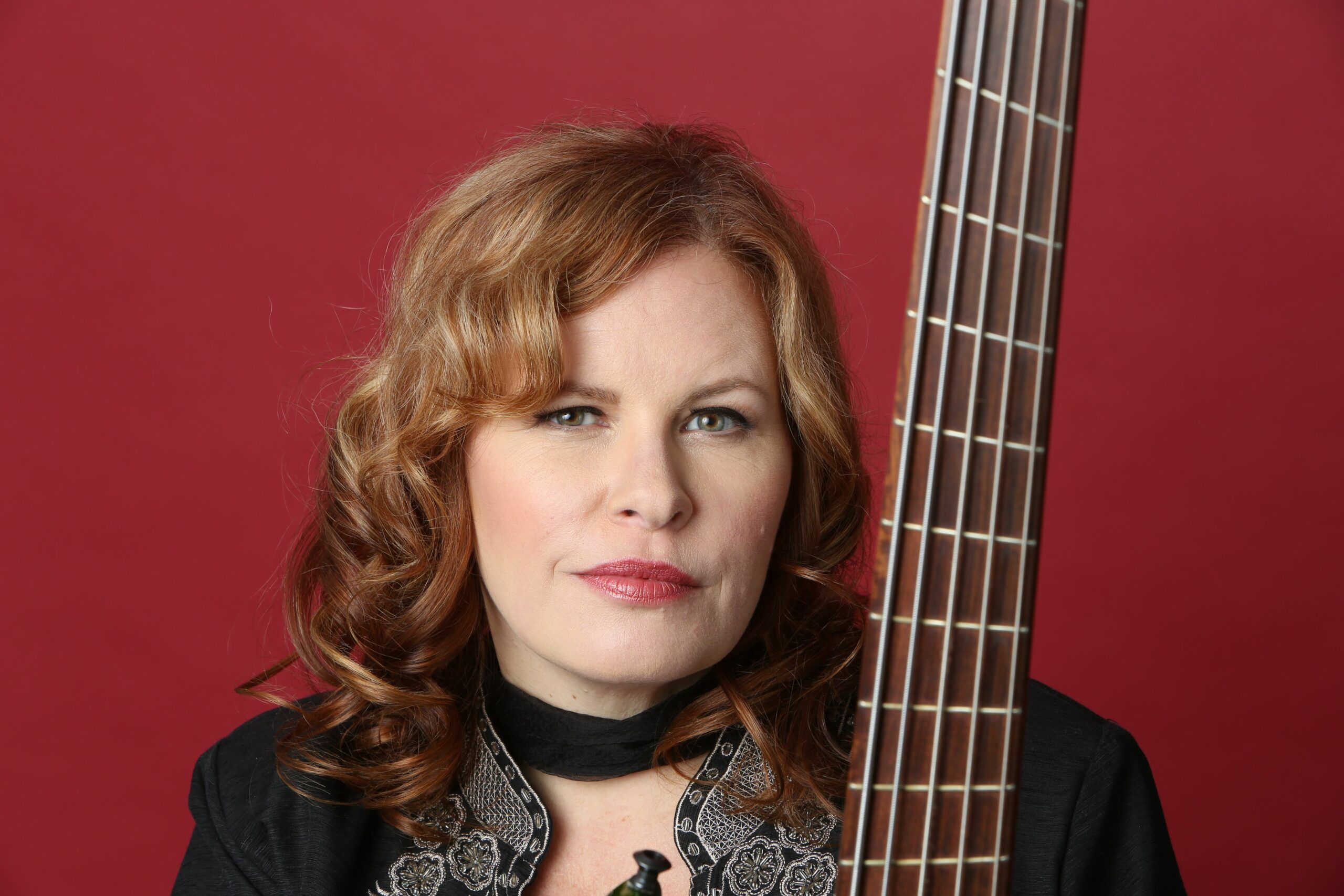 Canada may be known for its polite, generally happy population, but for decades, musician Suzie Vinnick has been giving her fans the blues. Known for her solo work as well as her time with The Marigolds, Vinnick Sheppard Harte, and Betty and the Bobs, she has won multiple awards, including 10 Maple Blues Awards, and is also a successful commercial musician. She recently took time to tell us about her new album Shake the Love Around, and the inspiration behind her playing.

You play both guitar and bass. How did you get involved in music?

I always gravitated toward music as a kid. When I was 9 years old, my buddy Doug and I talked about starting a band with a couple of his friends. Problem was, neither Doug nor I played an instrument! I asked my mom if I could take guitar lessons and she said, “Sure,” just like that. So I took my first guitar lesson at the age of nine, learned to play saxophone in elementary school band at 11, and picked up bass guitar in high school junior stage band. There was an electric bass no one playing, so I asked the music teacher if I could play it with the stage band. He gave me the go ahead and bass ended up becoming my main instrument for the next 17 years. I played in jazz band and jazz combo through high school and a couple of years of university. As a teen, I also went to the local Saturday afternoon blues jams as often as I could. I gigged some weekends in a duo playing cover tunes all over Saskatchewan, and I also attended some week-long jazz workshops. Music was huge for me growing up.

Shake the Love Around has been receiving rave reviews. Tell us about the inspiration behind the new album.

I have released six solo albums and another eight albums with other projects. “Shake the Love Around” is my latest, and it’s a full band album, though I play a big part in the band. I wanted to try something different because my last two albums, Me ‘n’ Mabel and Live at Bluesville, had been acoustic—one with voice and guitar with some special guests, the other with just me and my little Larivee parlour guitar. I felt it was time to do an album that featured every one of my voices–as a singer, as a guitarist, as a bassist, and as a songwriter. I also played some lap steel on a few tunes.

The album was recently nominated for a Canadian Folk Music Award for producing. Tell us about the process of creating it.

I co-produced the album with my friend Mark Lalama, which was a great experience. Mark is really easy going. I could bounce ideas off of him, he’d suggest things to me, and we played with different musical ideas as the album was recorded at his home studio. We chose songs for the album with a focus on positivity—I had been through a bit of a dark few years, and it was important for me to try and put some light into the world. The album isn’t all Pollyanna, though. It has some darker leanings but is generally pretty upbeat. The title track “Shake the Love Around” is named after a friend’s meal-time grace tradition. They’d have us all hold hands as someone said grace, and at the end, they’d say, “Shake the love around!” Then everyone would shake hands around the table, like doing the wave. I always liked how my friends created community through their meal times. It makes a fun title for the album.

What’s the instrumentation of the album like? Who joined you in the studio?

I tracked the bed tracks on guitar with drummer Gary Craig, known for his work with Anne Murray, Blackie & the Rodeo Kings, and Tom Cochrane. Afterward, I added bass guitar, acoustic, and electric guitars where needed, then background vocals. Mark is a keyboard player, so he added some organ and accordion. Other players that contributed were John Johnson, a Toronto-based saxophone player, and Kevin Breit and Colin Linden, two of my guitar heroes. Each played solos on a couple of tracks.

The album was also recorded with a full band. Are these your regular band members?

I do a lot of solo shows, but when I do a band show, I’ll often call on Mark Lalama, Kevin Breit, and Gary Craig to support me.

You’re racking up quite a few awards being recognized for guitar, bass, songwriting, and vocals—Congratulations!

The awards are great and varied—it certainly is nice to be acknowledged by your peers.

What basses and guitars do you play?

My main bass is a fan-fretted five-string Dingwall Designer Afterburner. Sheldon the builder calls the color “fifth margarita green”—it’s a metallic light green, really beautiful. The bass is great to play—very fluid! I have a few other basses: an Eminence upright and a lack Yamaha fretless bass that I bought in the ‘90s for a couple hundred dollars. I also still have the Ibanez Roadstar bass I bought myself when I was 17 years old. For guitars, I play a Yanuziello electric guitar, which has a metallic candy-apple red top with white sides and back. My main acoustic guitar is a Yanuziello Mariposa—similar in size to a Martin OO. My main electric guitar for 13 years has been a maple Larivee parlour guitar. I still have it but keep it at home now. By the way, Joe Yanuziello is an Ontario-based luthier, and he’s our neighbor. Joe is an amazing builder with incredible aesthetic sensibilities. He’s also a gifted musician, as well.