I’m All Burn is your latest album containing sixteen tracks. Tell us about the inspiration behind the album.

The albums I’ve done the past few years have mostly been live-in-studio solo recordings, but I have always wanted to go back to an album production with a full band. When I moved to Wisconsin from NYC four years ago, I met so many great players that it seemed like the time was right. I absolutely wanted to make sure I produced the title song, “I’m All Burn,” as it was inspired by the #metoo movement and the belief that women in 2020 still have to work so much harder than men to get noticed.

Making this record gave me the opportunity to finally produce older originals with full arrangements, like horns. I’m also part of a great songwriting collaborative, Steel Bridge (which is why I actually moved to WI), and had new songs that inspired me to pursue this album project. The concept was to have the album flow with each song playing off the other. I love to read liner notes when I’m listening to a record, always have, so I also put together a book of lyrics and credits for this project because I want to give the listener more information.

Who were some of the musicians that joined you on the recording?

There are so many great musicians on the album. Bassist Tony Menzer I met in Madison and he introduced me to the Wisconsin Blues scene. Larry Byrne (Luther Allison) on organ gave me exactly the sound I envisioned. As a guitarist myself, I wanted to have a guitarist who could compliment my groove, and Jim Ohlschmidt was just the one to do it. Also, guest soloist Greg Koch who is so tasty with his licks and was a thrill to have him play. You could say that I love the harmonica because the album features five: Steve Cohen, Johnny Orlock, Billy Flynn (who also played guitar on two tracks), pAt macdonald, and Howard Levy. And not to leave out, there are stand out backing vocals by Deirdre Fellner and Liv Mueller.

Is this your first collaboration with Steve Hamilton? What did he bring to the table?

This is our first album together, but I have worked with Steve for the last four years on projects with Steel Bridge here in Sturgeon Bay. And he has been my go-to live engineer for big shows like Summerfest. When Steve offered me the use of his amazing studio in Milwaukee (Making Sausage Music) to record, I knew we would produce some great music together. He had the perfect energy to work with. What Steve brought to the table was focus, an inexhaustible attention to detail, and incredible editing (we joke that he can “play” any instrument because he can extract the best of a take and tweak it just enough to make it magical). Since the album was self-funded, that worked wonders for my limited budget. Plus, his musician contact list is insanely full of who’s who in the Blues world. He introduced me to many of the fantastic players on the record.

What instruments did you play on the album?

You give credit on four songs from the album to Steel Bridge Creative Foundation. Can you share with us the collaboration and the mission behind the foundation?

The Steel Bridge Creative Foundation started as a one-off festival in 2005 to save a Historic Steel Bridge in Sturgeon Bay, WI, from demolition. Wisconsin native and songwriter musician pAt macdonald (Timbuk3, Purgatory Hill) invited pal Jackson Browne for a benefit to perform and suddenly, there was an annual festival (and indeed the bridge was saved). It’s a collaboration of songwriters known as Holiday Music Motel. Produced by pAt and melaniejane (Purgatory Hill) three times each year, dozens of writers gather in the namesake motel to create. There is really nothing of this kind, including an internet radio station with content written and recorded on site (steelbridgeradio.com). The Foundation’s mission is all about collaboration and celebrating the Steel Bridge.

“I’m All Burn” lyric video: “The lyrics shed light on the fact that women and girls still aren’t given the chance to walk in a world with the same freedom and opportunities as men,” says Grier.

Check out these five lyric videos from I’m All Burn:

Check out the latest release I’m All Burn at CathyGrier.com 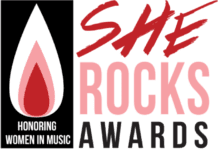