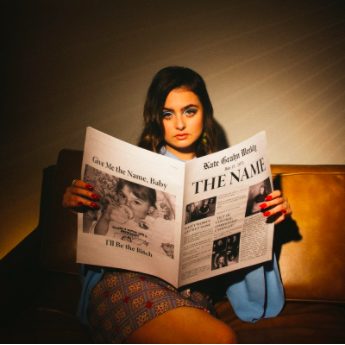 JANUARY 15, 2021 – Today, Los Angeles-based singer and songwriter Kate Grahn releases her latest single “The Name.” The new track follows up her December single “Untangling,” a guitar-driven song about her lifelong struggle with Obsessive Compulsive Disorder and Tic Disorder. With “The Name,” she asserts herself as one of the boldest new women in rock music, using her powerhouse vocals to talk politics and the social issues close to her heart. Unapologetic, Grahn’s “The Name” is her “feminist rant” and was inspired by Donald Trump’s sexist comments against Hillary Clinton, just days before the 2016 election. With 760,000 streams on Spotify alone and sync placements on General Hospital and Pretty Little Liars: The Perfectionists, the independent artist plans to build on her growing fan base this year with outspoken, socially-conscious anthems like “The Name.”

LISTEN TO “THE NAME”

LISTEN TO HER LAST SINGLE “UNTANGLING”