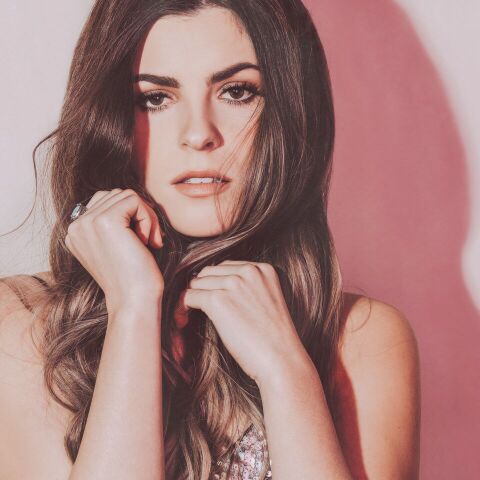 A national TV debut performance of “Moment of Weakness” on ABC’s The Bachelor landed the rising talent a recording deal with Reviver Records. Tenille recently had the opportunity to open for Reba McEntire, and she posted on social media with the hashtag Feeling #FANCY!, “I can’t even believe I’m saying this right now… but Reba McEntire asked me to open for her!”

Tenille’s newest single “I Hate This” is out now.

“I Hate This” is your latest single which was released in July and is receiving rave reviews. Tell us about the inspiration behind the song.

My co-writer Adam Wheeler had this idea and I immediately felt connected to it because I think this is a feeling that a lot of people have had in their life. If you’ve ever gone through a breakup or a break in a relationship, you’ve probably felt this way. We thought “I Hate This” was something that a lot of people say, but it hadn’t really been said in a song before.

Reba McEntire asked you to open for her at a show in August. How did that opportunity arise and how was the experience?

I found out about the opportunity about a week before the show! My manager texted me and said we got the offer to open for her and I couldn’t believe it. The night of the show was incredible!! Reba made time to come say hi to me after the show and it meant the world to me. Her crew was so amazing, and everyone was so nice. It was truly an honor to stand on her stage and sing to her fans!

Originally from Canada, you moved to Nashville to pursue your career in country music. How has your life changed since the move?

My life is completely different now! I had been traveling back and forth on writing trips since I was 14 years old, so to finally move there was a big step. Since moving, I signed a publishing deal, a record deal, and I started working with a management company, a publicist, and a digital marketing company. It’s been amazing to see how passionate everyone is about my music. It takes SO many people to make things happen!

When did you first learn to play guitar and what guitars do you play?

I learned how to play guitar when I was about 13 years old. I’m mostly self-taught, but I’ve had a few great teachers over the years. My first guitar that my parents got me was a Larivee, and my second guitar is a black PRS Acoustic.

With several awards under your belt from Saskatchewan Country Music Association, having been nominated for an Award at the CCMA Awards next month, and your music climbing the country charts, what’s next?

I’ve been out on radio tour, and I’ve been writing as much as I possibly can and recording whenever I’m back in Nashville. New music is next, and hopefully a tour very soon.