Samira Winter, known as her stage name “Winter,” will release her new album, Ethereality, out this Friday. Having previously released several singles in 2017, this year marks the first year she releases her new album on the new label imprint, Everything Blue Records.

To help promote the album, and help with production costs, she launched a Pledge Music pre-order campaign, featuring a variety of goods like cassette tapes (yes, they are still available), digital downloads, and other novelty items. Winter will have an album release show to celebrate the new record, and will then tour with Surfer Blood during April.

Winter chatted with us about the writing and recording process of Ethereality, her recently wrapped tour with Burger-A-Go-Go and her new tour with Surfer Blood, and much more. Her tour dates are listed below the interview.

Guitar Girl Magazine: You’re getting ready to release your new album, Ethereality, in April. What was the writing and recording process like for it?

Winter: The writing process was in my bedroom mainly, throughout a period of two years where I gathered the songs and then started arranging and practicing them with my band at the time. For me the bedroom is a very powerful space of freedom and creativity. It’s a place where the process begins. After working on the arrangements we went to Comp-Ny Studio in Glendale where we did most of the tracking. We’d come in and noon and leave at midnight. I’d drink bulletproof coffee every day and we’d take our lunch break and go Trader Joe’s. I had a lot of doing whisper takes, where’d I’d the softest I could on a song. The recording process was probably the most “band” experience I’ve ever had. We were very democratic about our production and everyone played something on the record.

Guitar Girl Magazine: You just wrapped the Burger-A-Go-Go tour on the West Coast….how was that, and how did you get involved with it?

W: Burger Records is very dear to my heart. They’ve released some Winter singles and music videos and are a very supportive community. The tour was a first time female fronted package tour where we traveled with a light show and had two nights of four different bands. We really bonded with the bands we played with and by the end of the tour felt like a big family.

W: We actually toured with them last summer and had the best time driving through rural Canada. We became very close with the Surfer Blood crew and ever since have kept in touch. So I’m really excited to hang out and play shows with them again! Also I love playing shows in the east coast. I went to college in Boston so the northeast has a special place in my heart.

Guitar Girl Magazine: Speaking of your album release, you have show/premiere coming up for it on April 13 at The Echo in Los Angeles…can you tell us more about that?

W: The Echo is my home venue. I live and work in Echo Park and I go there and have played there so much. Our first record release was there and we did a residency there. So it feels very natural to have our second record release there! The line up is pretty diverse. Sabrina Is Not In This Chat is opening and they are this really rad experimental punk band. Vinyl Williams is one of my favorite bands and they are extremely blissful, celestial and make beautifully complex tunes. Also my friend Snake Chime Zen we’ll be setting up an installation with TV’s both inside and outside in the patio and my friends from Honey Power will be DJing! So it’s gonna be a really fun night!

Guitar Girl Magazine: Needless to say, you’re a busy gal! What else do you have planned that you can tell us for the rest of 2018?

W: I definitely wanna tour this record as much as I can hopefully in Brasil, Argentina, Europe and Japan. Don’t know if I’ll get to all of this year but I’m aiming high. Also I love music videos so I’m hoping to at least make two more Winter music videos this year!

(On Tour with Surfer Blood) 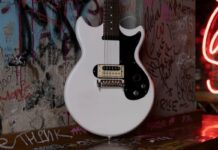 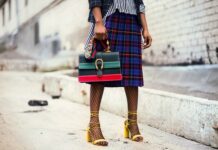 5 Steps to Designing a New Wardrobe in the New Year 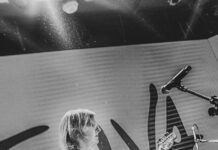