I’m Constance Antoinette, and I am a musician based in Los Angeles. I first showed an interest in music at three years old, and I started gigging/touring at the age of thirteen. One of my many tours was with the iconic punk band the Misfits, playing all over Northern America. You may have spotted me backing up Adam Lambert on the popular TV series Glee, or in various music videos, television shows, national commercials, and on billboards across the world.

I earned a degree in music from Musicians Institute in Hollywood and teach privately when I’m not gigging. I have helped my students achieve their performing dreams, with many staring in Dreamworks series, Cartoon Network shows, and live Broadway shows.

My current bands are Xtine and the Reckless Hearts and SHIRAGIRL, who I performed with on the 25th Anniversary Vans Warped Tour in 2019. I also serve as an organizer and resident house guitarist for Gritty in Pink, a monthly event designed to empower women in music.

I love a strong crunchy tone. I usually scoop out my mids and pull up my treble and bass (like a total metalhead). My Les Paul plays a huge role in my tone as well. It just sounds so damn sweet. Honestly, my tone hasn’t changed much over the years. When I started playing at the wee age of twelve, I was heavily influenced by thrash tones. Now I would like to describe it as a matured thrash tone (a warmer Dimebag Darrell).

Gibsons all the way!! I primarily use my favorite Les Paul, named Leslie; however, I have Explorers that I love as well. I use Gibsons because they have such a warm, versatile tone. Everything I play sounds better on a Gibson, so why use anything else? As for pedals, I have a whole board and don’t really use many of them, LOL! My trusty Polytune and Cry Baby Wah are all a girl needs. I mostly use a Valvestate Marshall half stack, which creates that half tube half solid-state sound. It gives me a happy medium between Dimebag Darrell and hard rock.

Miking the amp is my favorite! I’m old school. I love running the whole song through from the beginning to the end, all in one take. Depending on what I’m recording, I’m open to different tones and effects. I obviously love the sound of miking up a Marshall with the perfect balance of reverb, but sometimes use my Fender Hot Rod DeVille when I’m recording funk, jazz, blues, etc.

My practice consists of a few steps before I get to the good stuff. First, I pick a key and then a mode (different each day). I play all patterns of the scale going up the neck until I run out of frets. Then I go back down. Next, I warm up my strumming hand with chords. I’ll pick a progression and just jam. The last thing before I practice/learn a piece that needs to be obtained is, I will play a song I love to make my heart happy (that’s my favorite part).

Practice, Practice, PRACTICE. We already have enough people out here saying we’re “not as good as men.” The more you play, the harder you prove them wrong. Also, keep your head held high and don’t cheapen yourself. People suck, and the industry is hard! Remembering your worth and having a thick skin is the best advice anyone could give. 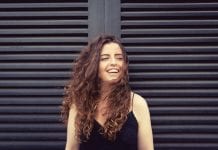 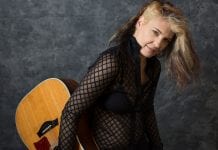 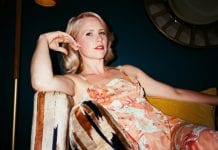