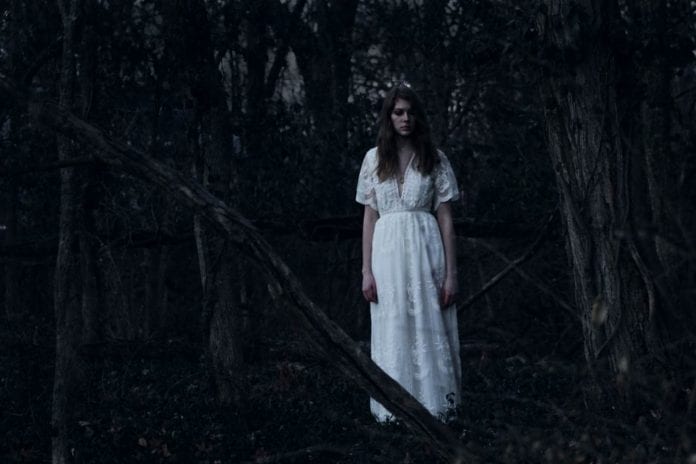 Hi, I’m Emma! I’m an electric guitarist and I write progressive rock music!  I take a lot of influence from classic prog/classic rock artists like Rush, Jethro Tull, Iron Maiden, and Led Zeppelin as well as modern prog bands like Opeth and King Gizzard and the Lizard Wizard.  My current project, Letters From Earth, is a concept EP that explores bravery and overcoming adversity and fear.  Pushing the envelope and being authentic is a big part of why I create.  I don’t like to shy away from controversial themes in my music because for me, the way to overcome obstacles is to confront them head-on.  I’m also an intersectional feminist, passionate about equal rights, inclusivity, and encouraging and empowering others.

For me, tone is all about finding that sound that makes you want to keep playing.  I love the super shreddy, overdriven brown sound that’s reminiscent of classic rock/ metal bands like Van Halen and Megadeth.  When I was a beginner, I just wanted to play loud and fast with lots of distortion.  As I started writing and recording my own music, I learned to view tone as a songwriting tool.  As an instrumentalist, I rely mainly on my guitar playing and tone to set the mood of a song and convey emotion more than I do lyrics.  On my song “Parasomnia,” I used a lot of reverb and delay to give the song an airy, mysterious feeling.  I view studio recording as a ‘next step’ in the writing process.  The notes and rhythms have been written, and the next step is to dial tone to give them life in the context of the song.

My favorite guitar is my Music Man Luke III BFR.  I love the way the guitar feels.  The slim, c shaped neck is perfect for my small hands, and the smooth finish makes the neck really fast and playable.  The contour of the guitar body is conducive to the way I naturally sit and stand to play.  Tone wise, this guitar is so versatile, which is really important to me because I like to play different styles of music.  I like that I can use the bridge pick up for Les Paul-esque tones and metal, but if I need something different I can split the coils and get some ‘quacky’ Stratocaster tones too.

What’s on my pedalboard?

Right now I’m using the MXR Eddie Van Halen overdrive pedal for my solo tone, the Wampler Tumnus transparent overdrive, the Line 6 m9 multi-effects pedal, and the Orange Kong Pressor.  My go to amp is my Vox ac15.  I end up choosing most of my pedals for their ability to be versatile.  I like that I can get some nice, tasteful overdrive out of my Wampler Tumnus, and also crank the gain and flip the boost switch for when I want to rock out.  My Line 6 pedal is probably the most versatile pedal I use because it works for wet, ambient tone as well as a subtle slap-back for rock guitar tone.  The Orange Kong Pressor is my ‘always on’ compressor. With the ability to adjust attack and release, squash, volume, and ‘chime’ knob for adjusting treble, it gives me lots of control over my tone. The MXR EVH pedal is definitely my favorite just because I love distortion!

‘Feel’ and playing with emotion is really important to me.  It’s not just about getting the notes right, it has to have heart.  As for tone, I used a Shure sm7, Neumann U87, and a Cascade Fat Head ribbon mic on my guitar amp on my most recent release, ‘Letters From Earth.’

If I’m being totally honest, I don’t always aim for consistency of sound from studio to a live setting.  From my perspective, I don’t go to concerts to hear artists play their songs exactly like what’s on the record.  I like seeing a band that gels so well together that they can be spontaneous and just have fun with their live performances.  ‘Feel’ is a big part of playing live for me.  I want to be totally in the moment and maybe even share some new takes on some of my songs you won’t hear on the record!

A lot of my practice is technique and improvisation.  I pick different technique exercises to work on with a metronome to keep my muscles in shape; usually a song I’m working on or a scale exercise. I think its really important to spend time working on your improv skills and jamming with other musicians.  When you’re playing live, nothing will ever be perfect, plans will often change, and you have to be ready.  The more you practice improv, the better you’ll be able to roll with the punches.

It’s no secret that sexism is still a problem in the music industry, and I know from experience how discouraging it can be.  One thing I’ve learned is that I can’t control what other people think of me or how they treat me, but I can control how I react.  I used to feel intimidated before performances, knowing that there was probably someone in the audience who was expecting the worst from me because I’m a woman.  I would feel frustrated when it affected my performance.  I then realized that I was letting them have power over me.  I decided that I wanted to change this and started learning to shift my focus away from people’s negative presumptions about me and instead to gain confidence in my abilities as a musician.  Of course, this is much easier said than done.  The best advice I can give is to surround yourself with musicians who are supportive and kind.  Nothing gives me more confidence and security against sexism than knowing my bandmates will always have my back. 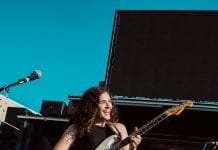 Tone Talk with Nicole from The Gooms 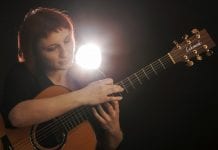 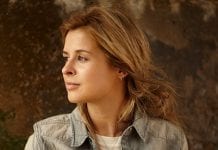