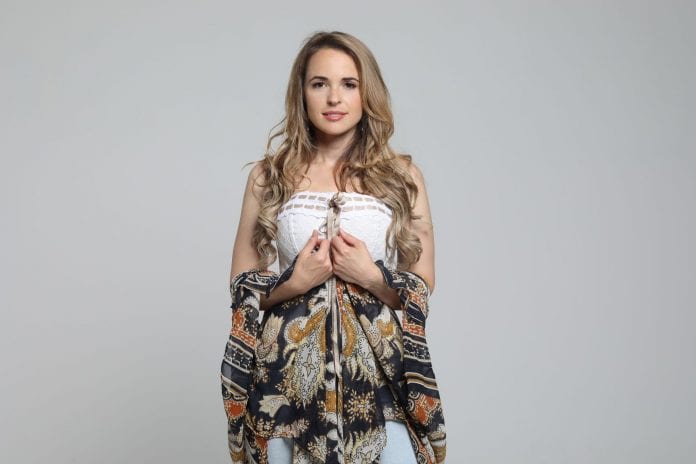 Hi everyone, my name is Mira Goto, and I am a country artist. While I don’t have a southern accent, my original songs are lyrically-driven and my fans like to think of them as short stories. If Kacey Musgraves and Colbie Caillat had a love child, that would be my catalog.

I released my radio single Nobody Warned Me in February and have been promoting that for the last few months.

What is your definition of tone, and how has it changed over the years?
Tone can mean a lot of things; for starters, to me, it means crisp, clear vocals.  I want to make sure listeners can understand every word I’m saying, especially since my songs are so lyrically driven.  Another concept of tone is in my songwriting.  Each song has its own mood, and I’ve really had to learn how to sing every word with the right emotion to help properly convey the tone of the song.

Which guitars, amps, and pedals are you currently using and why?
Currently, I switch between my Gibson L-00 parlor and my Martin 000CE.  I bounce between California and Nashville a lot, so one guitar lives in each place.  I can’t say I have a favorite, but the Martin has a cutaway, so that’s nice for some solos!!  The LR Baggs acoustic pedal I use at all my shows is the Venue DI.  My favorite mic is the Telefunken M80, I just love how reliable it is.  Even if my voice is having a rough night, that mic can really smooth things out.

What about strings?
I have always played Elixir strings, and will continue to do so until the day I die!  So dramatic, but truly, they’re my all-time favorite strings.

Are there certain recording techniques you prefer in the studio?
I think the only recording technique I prefer is to work with a producer who has a vision; of course, it’s important that their vision lines up with yours, but I really like to lean into recording projects with someone I trust.

How do you keep your sound consistent onstage?
I like to think it’s easy to keep my sound consistent on stage because I can’t really sound like anyone else.  It always comes out like ‘Mira’.  That being said, I love throwing in the occasional, non-country cover song, like “Fat Bottomed Girls” or a ’90s rock song and putting my own sound on it.

What does your practice consist of?
I practice vocal delivery a lot, so I’ll record myself singing songs and then watch it back to make sure I hit something with enough umph.  I also like to sometimes practice talking.  It sounds silly, but talking between songs makes me very nervous, so it helps if I have an idea of what I’m going to talk about!

What is your advice for young women who hope to work in the music industry?
To young women hoping to work in the music industry: women are more supportive than they’re made out to be.  The narrative that women compete against each other, I just don’t see it.  You will find helpful hands, and hearts in other women in the industry.  I’m rooting for you; we are all rooting for you!