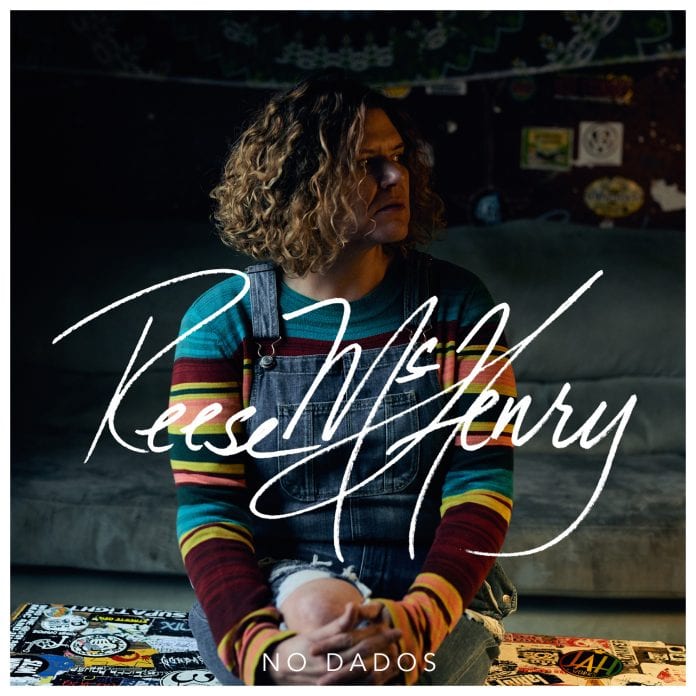 My name is Reese McHenry. I’m a female singer/songwriter/musician. I have a new record coming out April 12, 2019 called No Dados. I’ve been a musician since I was a teenager. In 2009, I was told I had a devastating congenital heart defect (AFIB) that caused strokes, congestive heart failure, left me unable to sing, and at times, unable to do almost anything. While sick, I was still struggling to write songs, record, and play shows sporadically, which at times simply did not work. With the addition of a pacemaker that runs my severed heart, and a great musical community around me, things started looking and feeling better, and I was able to put out a few records in the past five years, most notably a record with me fronting the seminal band Spider Bags, called Bad Girl. That record took seven years to make, and I have Spider Bags to thank for their never-ending patience with me and my illness.

For this new record, I have a band under my own name with three additional people. I play rhythm guitar, Mike Wallace plays lead guitar, Thomas McNeely plays bass, and Sean Dail plays drums. It sounds like four people making rock and roll music that is at once wonderful and spectacular. Just kidding! But, it is forceful, passionate, and fun. I think it sounds like good garage rock with a pointed, angular singer, sort of like Roky Erickson, Janis Joplin, Steve Marriot, Beth Ditto, or Bon Scott.

In my case, tone is the specific sound I get from a mixture of guitar and amplification. It’s intensely individual, and it’s the most important part of my live sound. I write most of my songs on acoustic but play most of them electric. I have a really strong right hand that allows me to play guitar with the same intensity that I’m singing, and I have a hard time separating the two. Nor do I want to. I’m a rudimentary player, more of a singer and songwriter, but I’ve noticed over time all three are a really cool package deal.

I play through a Peavey Delta Blues tube amp and for years I played a double humbucker custom gold top Tele, and that was perfect for my old band, The Dirty Little Heaters, which is straight down-stroke power chords and short, blazing, raw, garage-ish rock songs. When I got this new band together, I mixed in all my songs instead of just having one sound, so I have heavy songs and some doo-wop/girl-group-sounding songs and some country songs. I use the same amp but bought a semi-hollow body Epiphone Dot that I love. The only pedal I use is a tuner. I may branch out with pedals–someday.

I like to track live in the same room with the whole band and then overdub vocals and any additional instruments. I always go into the studio planning to do live vocals. Then I hear them back. Change of plans!!

I’m learning more all the time about different rooms and how they affect sound. Playing in small to mid-sized clubs, I need my amp loud to get the tone I like and I’ve gotten a bit stubborn about sacrificing that. I never touch anything on the amp once it’s the way I like it. If my tone changes, I do it with the tone knobs on the guitar.

I really don’t practice playing guitar, I’m somewhat embarrassed to say. I’m working on songs almost every day, and that’s when I play guitar. The band practices about once a week. In spite of my unwillingness to practice guitar, I’ve become a consistently better player because of the killer musicians around me.

I would say take the time to experiment and find your way of playing that is specifically you and showcases your strengths. To me, that is just as or more important than how efficient you are at any instrument. I am most moved by artists who find their truest voice in creativity. It helps you work things out as a human being, and therefore it can and will help other people. We’re all in this together. Give people something real, even if it’s silly. As for the music business, being in a band is like digging a hole, throwing all your money into it, burning it, and roasting marshmallows happily with your friends. If you keep your expectations realistic and get around people that love and support you, you probably won’t be a millionaire, but you’ll be satisfied. Making a life in any kind of creative endeavor is really difficult, but so worth it if it’s what you burn for. Don’t let anyone kill that in you.