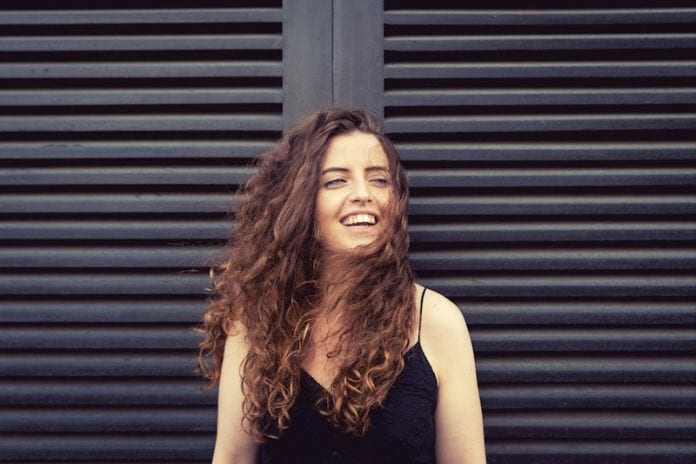 I’m Rowlette, an indie-pop artist from the West of Ireland, Ireland. I would say my musical influences come from far and wide, and I love listening to a lot of different genres. However, at the core of my music is my guitar and my vocals. After that, I may add a thousand different instruments, but the heart of it will be the same. That’s not to say guitar will always feature, but you can be sure it was involved in the writing process.

This year I’ve released three tracks; my single “Letters” as well as two live tracks with my dear friend Shane Steven. I’ll be releasing another single before the summer is out, and I have a lot more music in the pipeline! I would love to say there’ll be plenty of gigs this year, but of course, safety is the number one concern—hopefully, I’ll be back performing on stage before the year is out!

Music, for me, is all about connection

I would describe tone as the style I speak in when I’m writing songs. It has definitely changed a lot over the years! I think mostly it has changed in the sense I’m not as afraid to be vulnerable. I used to be a bit more brash perhaps when I was younger, but looking back, it was a form of protecting myself. Now I try to write exactly how I feel, and I guess, say what I would say if I wasn’t afraid of what anyone would think—as cheesy as that might sound! Music, for me, is all about connection, and you can’t connect if you’re putting on a front. If someone is taking the time to listen to my music, I believe I owe it to them to be as honest as possible in my lyrics.

I love my Takamine EG333C Ltd. We have been through a lot together, and it’s a trustworthy guitar! I have the BOSE L1 Sound System for performing. I love it because, for such a powerful system, it’s relatively easy to transport. As well as that, it’s very straightforward to use—you definitely don’t want any complicated set up before a gig stressing you out!

I use Elixir strings most of the time. They came recommended to me, and they haven’t let me down yet!

Good question, but actually not so much—well so long as I have a trustworthy engineer with me, who can set up the right angles and distances. I am a perfectionist though, so I want a hundred takes of everything. I’m going to the studio this week for the first time in months; I can’t wait!

My set up is very simple. I would always say my music is lyrically driven, and for me, the most important thing is, obviously, that the audience has a good time, but also that they come away with the essence of the songs. On my recent support tour around Ireland, I performed with just my guitar. Given it’s so straightforward, it has been relatively easy to maintain a consistent sound. After that, I work with the sound engineer to ensure my vocals are clear and natural, and that it’s balanced well with the guitar. However, adding more dimensions to my performance is something I’m currently working on, so I’m sure I’ll come up against plenty of challenges in this regard!

When I’m practicing for a gig, my main objective is to know each song inside out. It’s easy to get distracted on stage by something, and you’ll always have different things crop up before a performance that could throw you off. So there isn’t really headspace to be thinking about the technicalities of the performance. So I aim to be able to sing and play each song almost unconsciously. This also gives me the opportunity to be able to engage with the audience more while I’m singing on stage.

If you want to do well in the industry, you have to put yourself out there and create opportunities, as opposed to waiting for them to come to you.

Firstly, it would be to start wherever you are. It can be easy to keep waiting and procrastinating on taking more steps until you’re “better,” but realistically, the day you yourself believe you’re good enough might never come.

And secondly, one thing that took me a long time to realize is that very rarely will someone come and “save” you, for want of a better word. If you want to do well in the industry, you have to put yourself out there and create opportunities, as opposed to waiting for them to come to you. It can be pretty scary, but even the most successful people were where you are once!