Who:  I am The Commander In Chief a 7 string guitar virtuoso, bel canto trained opera singer, piano player, and songwriter. I create music in the following genres: heavy metal, classical crossover, and acoustic music. Currently, I’m working on a 4-album-series titled “Berit.” I recently released “Vol.1” and have so far released 5 music videos for it! I’ve written, recorded, produced (together with my manager), mixed, and mastered the album and will do so with the other three volumes as well! This music is very personal which is why the album-series has my real name on it.

What: My latest album is called “Berit-Vol.1” and my latest music video release is for my song “Who’s gonna make me happy?” That song, in particular, is written about loneliness and longing for a friend and friendship. Loneliness among teens and adults is something that I think that people should talk more about; it is not solely an issue for the elderly. In fact, I think it is more common than a lot of people think.

Where: Signed CDs can be bought from my website www.commandermusic.com.  My album is available from all digital music retailers:
http://bit.ly/itunesBerit_Vol1
http://bit.ly/AmazonBerit_Vol_1
http://bit.ly/CDBaby_BeritVol1

You can also get it from physical CD stores since it will be featured in their catalogue, so it is possible for shops to order it from CDBaby.

When: “Berit-Vol.2” will probably be released before summer, “Berit-Vol.1” has already been released and the 5th music video from that album was released yesterday!

Why: I wrote this music on the side while focusing on heavy metal and eventually classical music. It was personal, and I didn’t share it with anyone until I had made some demo recordings that I sent to my management. The majority of these songs came to me in a bulk at the end of 2015, which is a different way for me to work. I would liken my normal writing routine to creating collages with different bits and pieces glued together; I decided to just keep the new songs largely as they were since I felt that that worked for this singer-songwriter type of music. The majority of the music is personal in nature, so that’s probably why it took me a while to share them. Whenever I’ve performed them live, I’ve seen people get moved to tears; a reason for this might be that a lot of the topics are pretty heavy in nature. 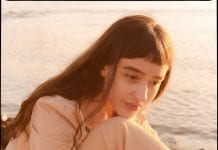 Victoria Reed on ‘Aquamadre” in Who, What, Where, When and Why 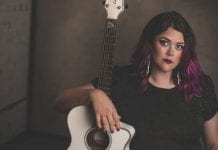 Jillian Riscoe on “Breaking Point”: Who, What, Where, When, Why 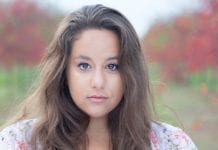 Kathryn Colina on her new EP, “Recovery”: Who, What, When, Why