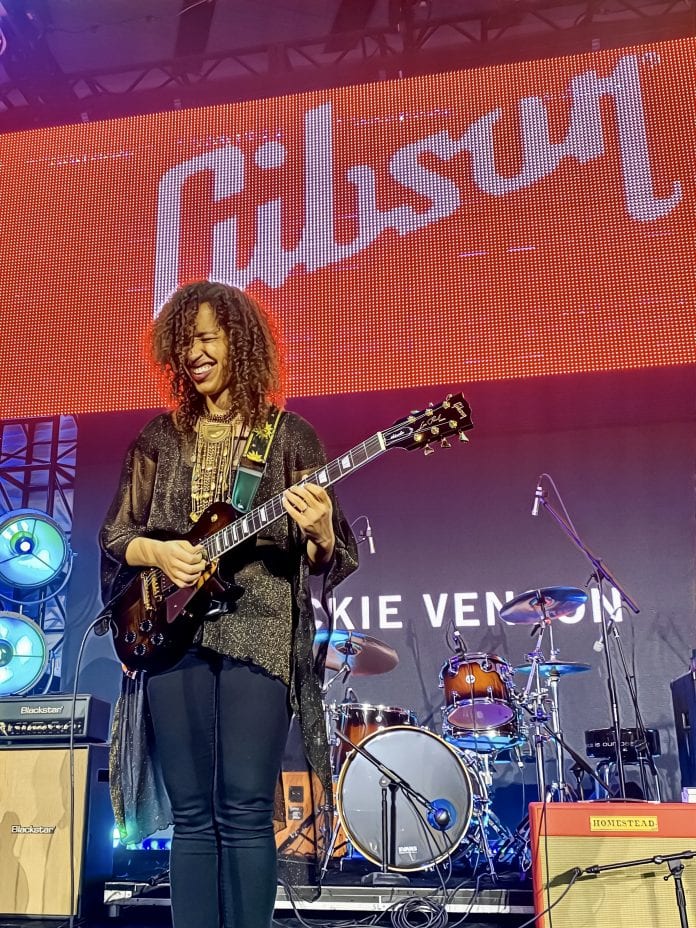 It was Saturday, Day 3 of Winter NAMM 2020 when I got the call to interview guitarist/singer-songwriter, Jackie Venson. The NAMM show was at its peak, and Jackie was set to perform in the Gibson showroom at 1:00 PM. 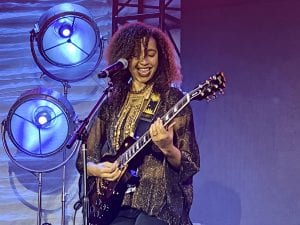 The Gibson room was full of people trying out new guitars and checking out the various wares on display, but when the Austin native came out to begin her set, the crowd gravitated her way. Jackie’s performance was electric, and she owned the stage as she sang and played her Gibson Les Paul, dubbed “Rosetta.” 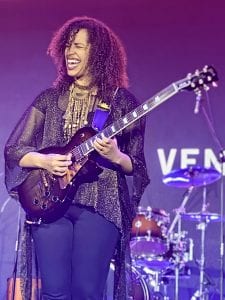 Her stage performance was on point, constantly engaging and entertaining the audience. Her guitar and vocals were fluid, her voice blending with the riffs, often laughing and exclaiming along with the music. Her love for the craft was apparent in every note she played.

In speaking with Jackie afterward, I learned a lot about where she’s from, her influences, what she looks for in a guitar, her new album, and future plans. Jackie is an artist who knows where she came from and where she is going.

Find out more about Jackie at her homepage, jackievenson.com, where you can connect to her social channels, and sample her music.