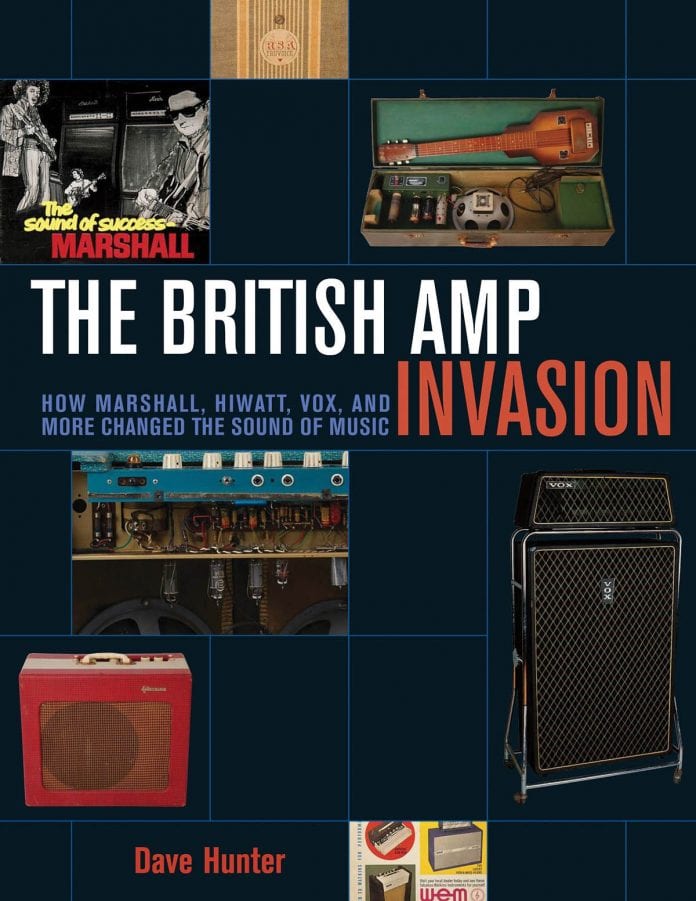 The British Amp Invasion chronicles in detail how what seemed at first like a minor also-ran offshore industry turned quickly into a true world leader. The book features backstage histories, compelling behind-the-scenes stories, and liberal use of period imagery. British guitarists were primed to make some of the most influential music the world would ever know, but they needed a voice to do it – and British-made amplifiers gave them that voice.Many early notable American amps were designed for jazz, country, and dance-hall music, but the seminal British amps of the late 50s onward were designed to hit the ground running for rock ‘n’ roll. And as that music gradually dropped its “roll” through the course of the 60s, these were the first amps that truly rocked. Not only did British-made amps by Vox, Marshall, Hiwatt, Orange, Watkins, Selmer, Sound City, and others power the groundbreaking music of the major British guitar heroes – all three Beatles guitarists, The Kinks, Eric Clapton, Jeff Beck, Jimmy Page, Pete Townshend, Peter Green, and Yankee expatriate Jimi Hendrix, among countless others – they quickly became the premier choice for American arena stars, too. In one short decade, as musical styles swung from British Beat to British Invasion to British Blues to Heavy Metal, British amplifiers were ruling the day. Players who wanted that sound simply did not play anything else.

This book charts the confluence of British industrial ingenuity and pop-culture as it evolved at breakneck speed, and examines the symbiotic relationship that was born of this partnership. Art inspired industry as industry influenced art, and together they produced the most powerful music ever known to mankind – a sound that still resonates today.