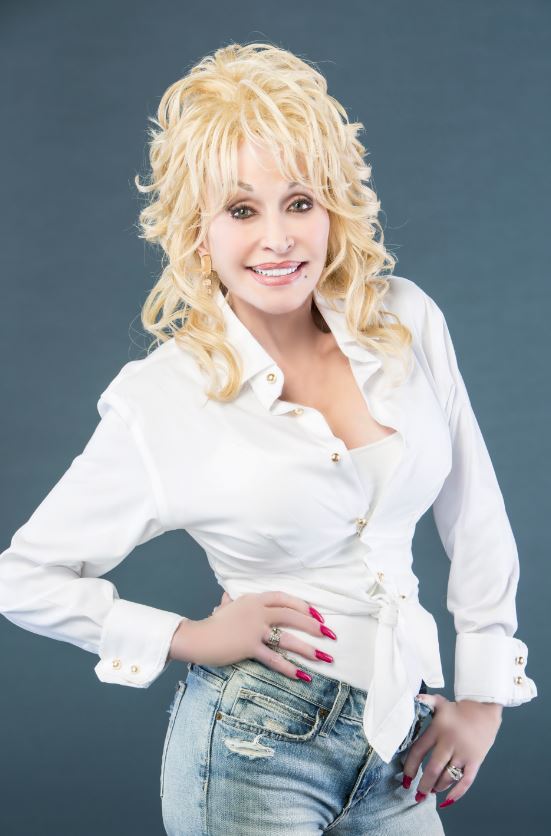 PRESS RELEASE:  NASHVILLE, Tenn. (February 12, 2017) – World-renowned singer/songwriter/entertainer Dolly Parton continues racking up the honors! In 2014, The Recording Academy inducted Parton’s self-penned hit JOLENE into the Grammy Hall of Fame. Now, in 2017, that same song, released as a collaboration with Pentatonix, was awarded a Grammy in the Country Duo/Group Performance category. Watch the collaborative performance here:

“Oh my Lord I am so excited to have won the Grammy with Pentatonix on my old song Jolene,” says Dolly Parton. “I am so happy and am so very proud of Pentatonix. The song is one of my favorites. Thanks to the Grammys, but most importantly thanks to all the fans. I love you all.”

The award-winning collaboration between Pentatonix and Parton happened through a partnership with Cracker Barrel Old Country Store, which has enjoyed success with both acts in the past with exclusive editions of albums from each. In Parton’s case, the partnership stretches back to her 2009 Backwoods Barbie Collector’s Edition project, which was followed by the release of An Evening With…Dolly and became the first Gold album-ever certified by the RIAA for Cracker Barrel Music. That relationship has continued with her latest Dolly Records / RCA Records release Pure & Simple. Released in the summer of 2016, the album – which netted Dolly her first chart-topping album since 1991 – was released in a deluxe Cracker Barrel-exclusive edition that featured live performances of her classic hits “9 To 5” and “Jolene” from the Glastonbury Festival, along with a 48-page ZinePak magazine filled with photos and interviews highlighting memorable stories from Parton. The collaboration is not part of any of the packages, however, is available for digital download here:

“Cracker Barrel is thrilled to have brought these two extraordinary talents together, Dolly Parton and Pentatonix, as part of our Spotlight Music Program for the exclusive collaboration of “Jolene.” We share in the celebration of their GRAMMY Award win as they are both a special part of the Cracker Barrel family,” said Don Hoffman, VP of Marketing at Cracker Barrel. 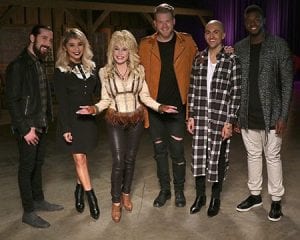 CTK Management CEO Danny Nozell said, “The collaborative video produced by Cracker Barrel between Pentatonix and Dolly has been viewed over 22 million times and has now won a Grammy. Dolly proves, once again, that she is making music that the fans will respond to.”

ABOUT DOLLY PARTON
An internationally renowned superstar, the iconic and irrepressible Dolly Parton has contributed countless treasures to the world of entertainment. All-inclusive sales of singles, albums, hits collections, paid digital downloads and compilation usage during her illustrious career have topped a staggering 100 million records worldwide. Achieving 25 RIAA certified gold, platinum and multi-platinum awards, Dolly has had 25 songs reach No. 1 on the Billboard Country charts, a record for a female artist. Dolly has garnered 8 Grammy Awards, 10 Country Music Association Awards, 5 Academy of Country Music Awards, 3 American Music Awards and is one of only five female artists to win the Country Music Association’s Entertainer of the Year Award. Making her film debut in the 1980 hit comedy “9 to 5,” Dolly earned rave reviews for her performance and an Oscar nomination for writing the title tune, along with her second and third Grammy Awards. Roles in “Steel Magnolias,” “Best Little Whorehouse in Texas,” “Rhinestone,” and “Straight Talk” followed. Dolly saw a cherished dream become a reality in 1986 with the opening of her own theme park, Dollywood, in Pigeon Forge, Tennessee. In 1988, Dolly began the Dollywood Foundation which funds Dolly Parton’s Imagination Library across America and in Canada by giving every preschool child a book each month from the time he or she is born until the child reaches kindergarten. Currently 100,000,000 books are mailed to children in the US, Canada and throughout the UK. In 1999, Dolly was inducted as a member of the Country Music Hall of Fame. She has her own star on the Hollywood Walk of Fame and in 2004, the U.S. Library of Congress presented her with their Living Legend Award for her contribution to the cultural heritage of the United States. To learn more about this American icon, visit DollyParton.com.