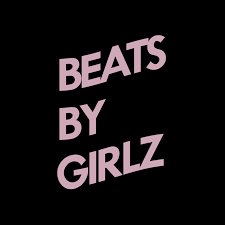 November 8, 2021 – Beats by Girlz—an international educational organization, will celebrate its global growth and consolidation with a virtual concert and fundraising event on Friday, December 3. This year’s event honors the immense amount of dedication and work that the collective community has achieved around the world, opening 37 chapters in 15 countries

and 4 continents. You read that right! Over the past year, Beats By Girlz has doubled in size and continues to experience exponential growth year after year.

Beats By Girlz is a pioneering educational model that uses music as the skeleton key to open the door to technology parity and justice, not only in the music industry but in all tech-related fields where women and gender-expansive people are underrepresented.

To mark this momentous milestone and secure financial support to assist communities that need music tech education the most, the event will feature a silent auction, audio gear raffles, and virtual performances by artists representing each of the four continents in which BBG currently operates: North America, Central and South America, Europe, and Africa.

For her work, she’s been named a Forbes’ Africa 30 Under 30, Bill and Melinda Gates Foundation Goalkeeper, Glamour Magazine’s College Woman of the Year, Ashoka Future Forward Winner, Global Citizen Youth Advocate, One Young World Ambassador, Commonwealth Awardee for Excellence in Development and a University of the Pacific Powell Emerging Leader.

Half Waif -created by New York-based artist Nandi Rose is a painfully sweet push and pull, walking the line between light and dark, analog and digital, and themes of both solitude and community. A Pitchfork and Tiny Desk performer, her sound comes in flashes of Kate Bush and James Blake, marrying a more traditional songwriting sensibility with playful sonic exploration and fearlessness. ● LORRAÎNNE ��

Her passion for Melodic Techno is apparent when you hear her music, not only through production, but at any gig that LORRAÎNNE performs at. She brings authentic and breath-taking melodies to the most powerful basslines and drums, wrapping her audience in a sublime atmospheric energy that unleashes the body, captures the heart and intoxicates the mind.

Peruvian singer, writer, and producer Lara Nuh mixes traditional Latin American styles and electronic music to create something ethereal and captivating. Her live performances are captivating displays of live human interaction with an array of electronics and controllers.

Listen to our curated Spotify playlist featuring these amazing women BBG.wav – Louder than Ever!

Catch the broadcast in your time zone and add the event to your Google Calendar:

All proceeds will go to Beats by Girlz Global, and your support directly funds and impacts: