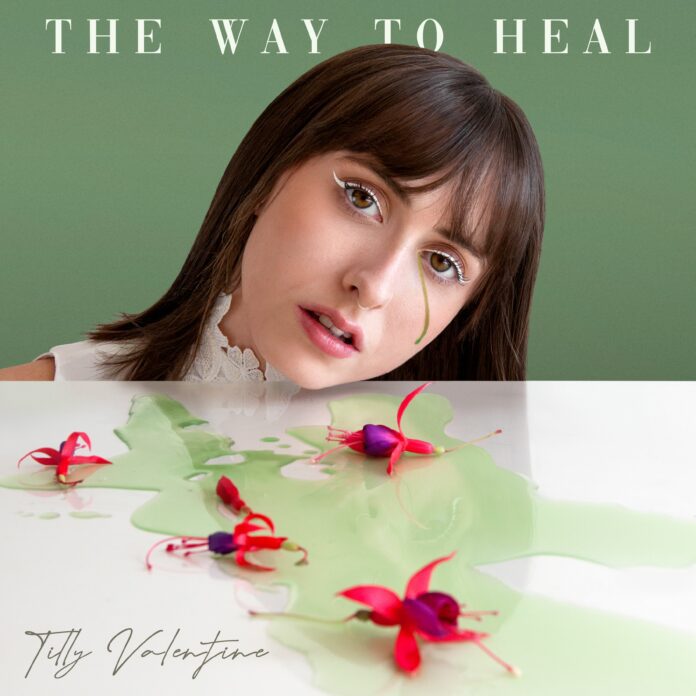 The independent artist has been described as “the type of quirky you can pair with a coffee or a party”, as her self-releases gain BBC broadcast across BBC Radio 1, 1Xtra, 6 Music, The Hot List, BBC Introducing Mixtape, Jazz FM, Fresh on the Nets Track of the Week 2021, BBC Introducing Best of 2020 and more.

The four-chapter EP appears as a checklist of different ways to heal, with songs such as Retail Therapy and Salt Water. Valentine says “You can’t speed up the process of healing, it takes time. Emotionally or physically, to heal a wound you need to stop touching it. Let it go. That’s the first step of the way to heal.“

Introducing the EP is ‘Salt Water’, a raw, modern lullaby. Valentine says “Salt Water inspired the concept of the whole EP; the process of healing. It’s about allowing yourself to heal although it can sting at times, but knowing it’s for the greater good.”

Following the success of Valentine’s debut EP ‘Nothing Left to Say’, the newest EP features well-loved single ‘Calendar Girl’, which earned its spot on New Music Friday. Valentine effortlessly reveals her trademark jazz influence in tranquil number, ‘Lights Out’, touching on the temptation of blissful ignorance.

An acoustic version of ‘Retail Therapy’ (accompanied by its live video on YouTube), concludes the EP with a witty true story about shameless quick fixes, featuring producer, edbl. With previous spots on Spotify’s Low-Key and more, Valentine and edbl have collaborated on listeners favourites ‘Table for Two’ and ‘Symmetry’, gaining over two million streams with playlistings hand selected by Jake Gosling for Hotel Chocolat, as well as Starbucks, Costa, retail stores and more.

Born and raised in a small Oxfordshire town, Valentine moved to London aged 16 to attend The BRIT School. Her tracks soothed the ears of many tastemakers, including 1Xtra’s Jamz Supernova who premiered her debut single, whilst being awarded “Best Music Video” by Music Republic Magazine for her self-directed ‘Coins’ music video. Further self-releases have been played on BBC Radio 1, with BBC Radio 6 Music championing her “beautiful pop music”.

The narrative of the EP is immersed with reflective experiences that Valentine hopes will relate and guide listeners to find their own Way to Heal.

Listen on all major streaming platforms, the EP is also available on CD (including a bonus track), found on www.tillyvalentine.com/shop.