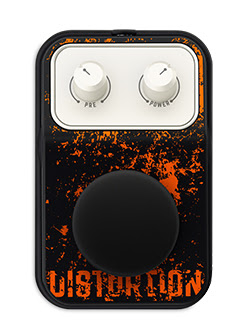 AMSTERDAM, NETHERLANDS — The distortion effect for electric guitar has come a long way, from its earliest days as an uncanny “accident” to its modern status as a staple of rock and metal. Now NEXI Industries is bringing a classic into the 21st century with the new Distortion (DIS-02) effect pedal. It’s already “the one” that every player looks for, but with a new click-and-play design and a straightforward user interface, NEXI’s Distortion is what today’s players need. Simply plug in and prepare to be blown away!

To a younger generation, it may seem hard to believe that players once had to crank up their amp volume all the way to get or great sounds or even sabotage their gear by razor cutting the speakers. Thankfully, the distortion effect moved externally to a compact stomp box that could compress the input signal to create the signature gritty sound. NEXI’s Distortion was designed by boutique effect pedal creators, the self-declared “Vintage Analog Protection Squad,” who are committed to providing a unique tone without compromise. They’ve stayed true to the basics with two knobs on a lighted-rim interface. “Pre” for pre-gain controls the amount of distortion, while “Power” controls the level going to the amp. Crank these up for full metal distortion or lower them for classic rock riffs.

Like all NEXI pedals, Distortion is true bypass and hybrid, meaning it can be used standalone with a 9V battery or plugged right into the external power supply of NEXI’s revolutionary pedal board. Aptly named “The Solution,” this heavy-duty board solves the compatibility and connectivity problems that players have experienced for decades.

Guitarist Magazine (The Netherlands) awarded The Solution 4.5 out of 5 stars, recognizing it as the “first pedal board without a hassle and with a lot of useful features.” It has a two-channel switch and three-step booster to satisfy every guitarist’s ego. It’s also equipped with a built-in tuner, two charging docks for tablet or smartphone, and covers that protect ports against dirt and beverage spills (splash-proof). With NEXI’s innovations, players are free to plug right in and dive off the distorted deep-end, knowing that their gear is safe and sound.

NEXI’s Distortion is priced at €99.95 (approx. USD $115) with free worldwide shipping. Get a closer look and hear a demo at https://nexi.eu/products/distortion. 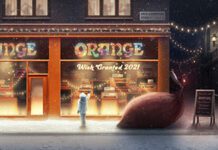 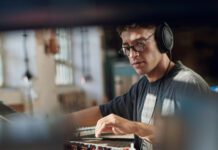