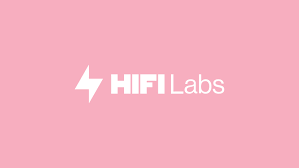 What if diving into a festival and jumping from stage to stage was as easy as changing servers? HIFI Labs is exploring the possibility by running a Discord-based edition of Friend Fest on December 15 from 3PM PT / 6PM ET. Together with Zumiez, The Spotify Hangout, Endlesss.fm The Auxy Collective, Karaoke Lounge, Karaoke Central and other collaborators, HIFI Labs will make the most of Discord’s new “Stages” feature to create an audio festival experience that’s fun to navigate and easy to enjoy.

“We’re always trying out new ways to reimagine music and the social, human connections and moments that are created from live events,” says Adrian Ayala, Head of Marketing & Partnerships at HIFI Labs. “This version of Friend Fest will meet many fans where they already are and let them jump directly into a festival experience entirely inside Discord.”

Though Discord festivals may be a brand new concept, they are easy to grasp. Each server will curate a lineup of their own artists, reflecting the spirit of their community. Artists will perform on an audio-only Friend Fest stage using Discord Stages. In addition to the audio, the Zumiez server, curated by Masked Gorilla Records and hosted by Zumiez employees, will have a “Green Room” using Discord’s voice channel feature. There, fans can interact with featured artists in a more intimate environment limited to a total of 25 users.

Artists include Charly Bliss, 2KBaby, WhoKilledXIX, CMTEN, and more across multiple Discord Servers serving as festival stages. Music fans can get started here (friendfe.st), where they can click on a “stage” and jump right to the correct server.

HIFI Labs has been playing with the concept of decentralized, digital festivals, seeking different ways to encourage interaction and creativity in virtual spaces. Its first edition, featuring artists like Tinashe, Noah Cyrus, and Reggie Watts, used Twitch, Zoom, and Minecraft for performances, but featured its own custom 8-bit backstage hangout room for festival-goers and supported MusiCares. This new Discord edition demonstrates that festival experiences can happen anywhere, and that music connections go far beyond platforms and tech trends.

“We want to open everyone’s eyes to the possibility of leveraging different sites and platforms to expand how and where we see a virtual music festival taking place,” says Taryn Haight, Head of Strategy at HIFI Labs. “There are so many options for performance and innovation outside of the traditional platforms and Friend Fest is here to empower and challenge artists to think outside of that box.” 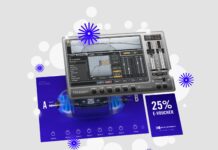