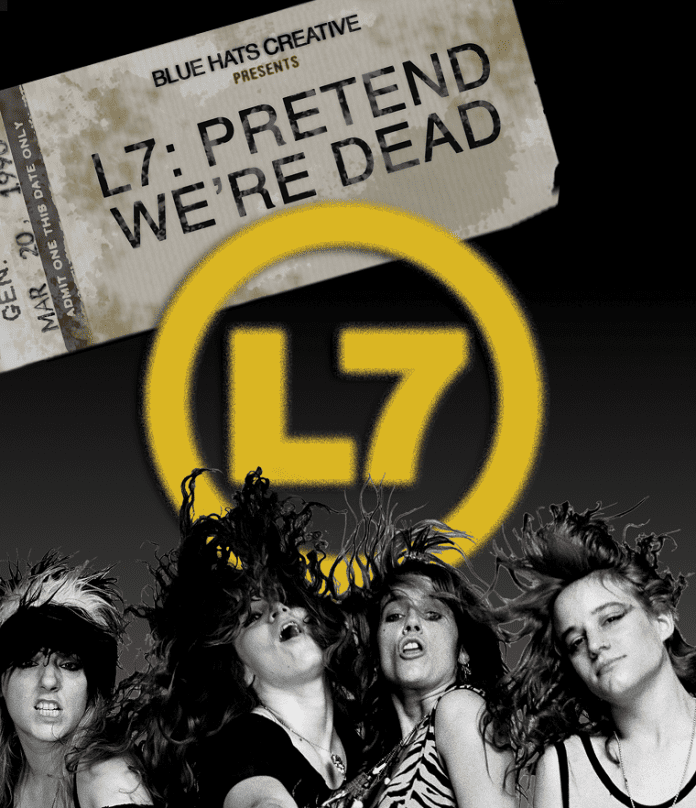 The L7: Pretend We’re Dead documentary, produced by Blue Hats Creative will be released worldwide October 13 on VOD and Blu-ray / DVD. A multi-city theatrical screening tour of the film will kick off on September 1, with over a dozen dates and more to be announced in select markets this Fall. Excitement around L7: Pretend We’re Dead has catalyzed a widely anticipated reunion which unleashed their high-octane energy and anthemic chops upon stages worldwide. The band will play a stint of West Coast dates next month with more chances to experience the electrifying onslaught coming soon.

“I like their rebelliousness …it’s about being liberated and calling the shots… I definitely see a lot of us in them… and we’re proud of that.”
– Joey Ramone

“Songs like Wargasm, Diet Pill and Shitlist fulfill the ancient prophecy of a time when gurls would reinvent punk out of sheer delight in their own power”
– Robert Christgau